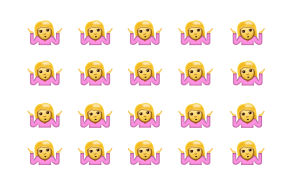 A Real Shruggie Emoji Is Coming To Your Smartphone

71 other emoji, including facepalm and bacon emojis, are also on the way 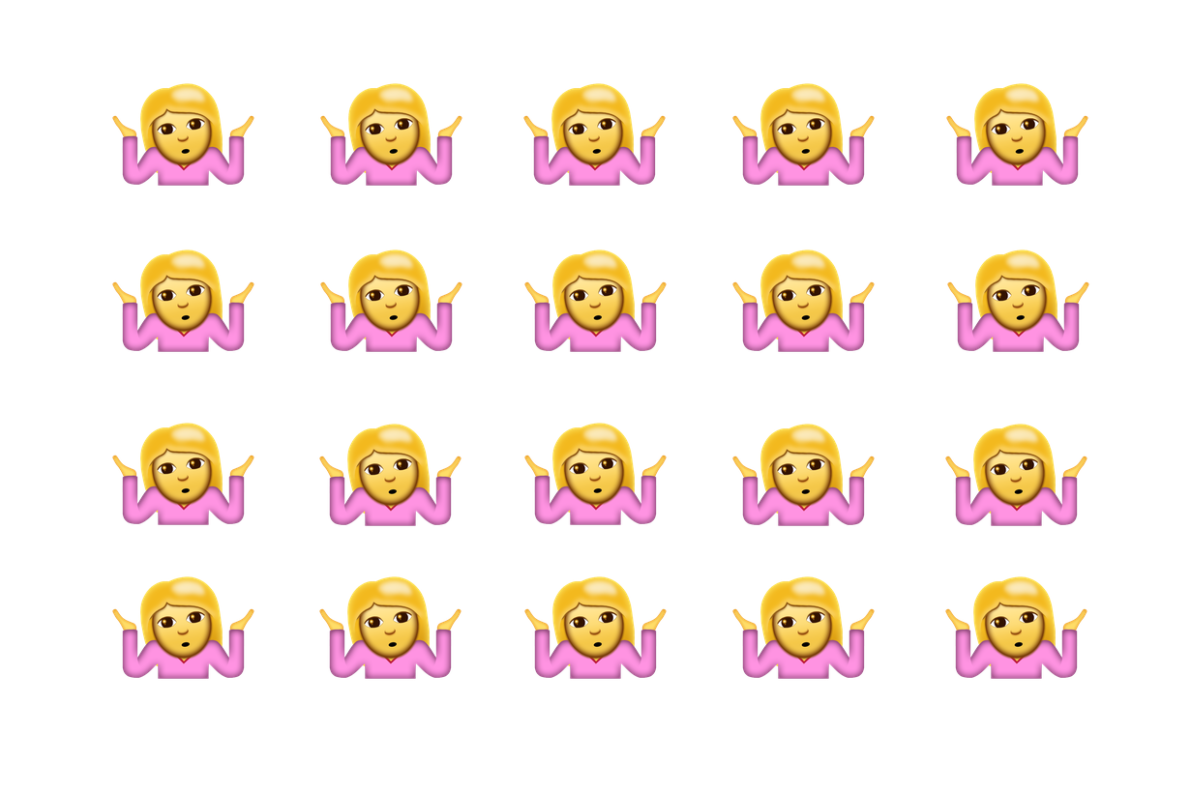 Emojis are getting increasingly diverse—emotionally. A new list of 72 emojis will be added to the Unicode standard at the end of June, including a ROFL emoji, a facepalm, a clown, a selfie emoji, varying degrees of nausea, a pregnant lady, bacon, and, perhaps most important of all, a shruggie emoji guaranteed to up your apathy game.

The full list, though not final, covers a lot of emoji ground and offers exciting expressive and culinary possibilities. There’s a black heart, a wilted rose, and a lying face with a Pinocchio nose—a nod to the darker emotions.

On the food front, there are some versatile additions: Avocado, peanuts, and pickles, along with a shallow pan of food that looks strikingly like paella. But most promising is that bacon emoji; a beautiful emoji, rendered in three shades, that offers tantalizing possibilities for food-related emotional expression.

On the action side of things, there are first, second and third place medals. Canoes, kayaks, scooters. A martial arts uniform. Juggling, which could come in handy as a quick shorthand for being too busy to respond, or conveying general silliness.

And in booze news: A mixed drink emoji is coming in the form of a tumbler glass of whiskey on the rocks that could double for scotch in a pinch.

Recent changes in the emoji landscape include Google’s proposal back in May to liberate emoji from retrograde stereotypes. A handful of employees asked the Unicode Consortium to consider empowering women by portraying them in a variety of careers, like doctor, lawyer, and teacher, instead of just painting their nails or dancing in a sexy red dress. The year prior, Apple introduced more diverse emoji, and this week, Facebook messenger updated emoji genders and skin tones.

As TechCrunch notes, it can take some time after the actual Unicode approval for emoji to be incorporated into our messaging apps and software updates, and we may not see these in action for a few more months. So though these moves toward inclusivity in our most basic internet communiqués seem to always move in fits and starts, at least we’ll soon be able to drool, almost barf, raise a fist, or shrug to express our frustration with the glacial pace of progress.