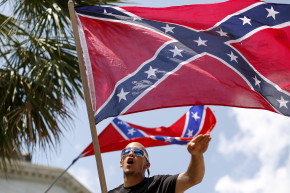 After Dylann Roof's 2015 murders prompted sites, including eBay, to ban the flag, the item hasn't disappeared 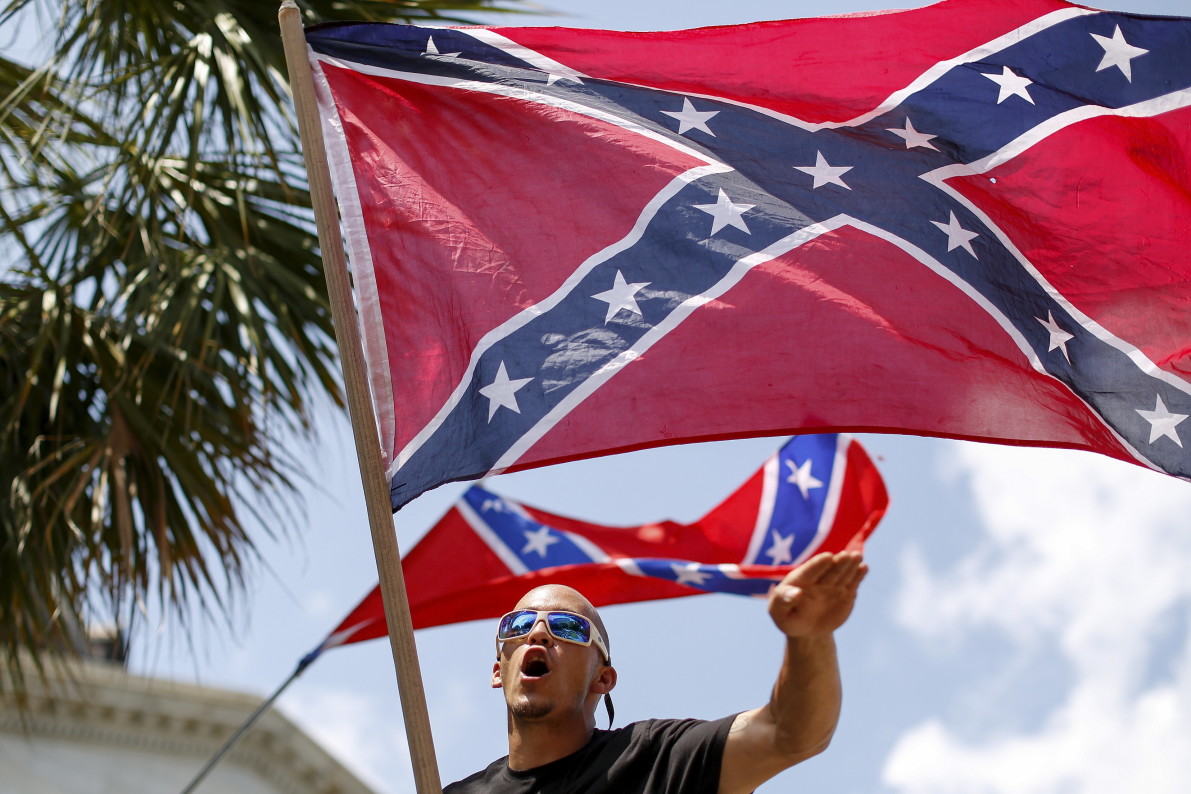 The man charged with opening fire in a historically black church in Charleston last June posted pictures of himself waving the Confederate flag online. After the massacre, which left nine dead, a nationwide backlash against the flag erupted. South Carolina stopped flying the pendant above its statehouse and a host of retailers vowed to ban it from their stores and sites. But, as the anniversary of the June 17 killing looms, hasn’t disappeared. On Thursday morning, at least a half dozen sellers were hawking Confederate flags on eBay.

Last June, eBay told USA Today said it would follow retailers like Amazon and Walmart and prohibit the sale of Confederate Flags. “We believe it has become a contemporary symbol of divisiveness and racism,” a spokesperson said at the time.

But close to a year later, that pledge hasn’t been effectively carried out. Vocativ found eBay was allowing the sale of Confederate flags on its site as of Thursday, and confirmed their availability with a purchaser, who’d told us he’d sold many flags this year.

eBay removed that seller’s listing, after Vocativ alerted the site, but others remain. No flags are apparently available on Amazon or Walmart’s sites.

When asked about the items, eBay spokesperson Ryan Moore told Vocativ, “We do have keyword filters in place to address prohibited items of this nature, as well as other proactive means to monitor the site.”

Seller Paul Riley, who operated the eBay account transfusioncincy out of his home in Cincinnati, Ohio, told Vocativ that he recognized he was playing with fire selling the contraband flags on the site. “There is a risk involved in selling this item on eBay, but at the end of the day I’m a single father of 3 trying to make a living with at home retail so I am going to do what I have to do to keep the lights on,” he said in an email.

He said he didn’t view the flag as a racist symbol, but simply as a symbol for “a group of people that was rebelling against the government.”

Regardless, Riley said the flags were “selling like crack” despite the ban: he said he cleared almost $20,000 in flag sales in 2015, and about $1,000 so far this year. But he was always careful not to rock the boat too hard, as he has had his account suspended in the past. Sometimes for 10 days, sometimes for 30. But after the initial frenzy following the Roof scandal, he said he had few issues “after the fad wore off.”

During a phone interview, Riley revealed that his had been shut down by eBay for a year; the site said he violated eBay’s Discrimination in a Listing policy. “You’ve no idea how badly I just got boned! This will effectively remove about half my yearly income! This is very bad for myself and my family,” Riley said in an email.

Still, a basic search of the site reveals that it continues to host almost a dozen listings of similar products:

When asked about the site’s algorithm in detecting sale of prohibited items, Moore said, “We take proactive measures to identify listings that violate our policies, including but not limited to, keyword filters and automated monitoring tools. Additionally, every listing has a ‘report this item’ link allowing our community members to alert us to listings for our review and removal.”

Regarding Riley’s sales, Moore added: “After reviewing this particular case and the seller’s history, we’ve found the seller purposely circumvented our keyword filters by manipulating the listing title (adding an underscore in the title). We have since suspended the seller from eBay’s marketplace.”

Although Riley knew that this sort of action was likely to be taken by eBay, he noted that the site still seemed to collect profit on his sales. “Even though they’ve removed my listings, suspended my account… They are still collecting their fees. Imagine that,” he said in an email.