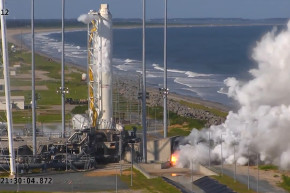 The last time Orbital ATK launched its own rocket, it exploded. Since the launch failure in October 2014, Orbital ATK has been hard at work upgrading its rocket engine. And it just passed its first major test.

The company switched to a newer Russian model, but hit a snag when Congress banned the use of Russian rockets. The ban was lifted at the end of 2015, but Orbital ATK doesn’t want to rely on Russian engines forever.The company is working on its own rocket engines in a bid to win a contract to upgrade America’s nuclear arsenal.