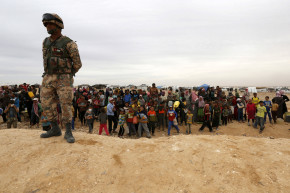 The border wall looks set to cost a half-billion dollars, and Americans are paying for it. It's just not in the U.S. 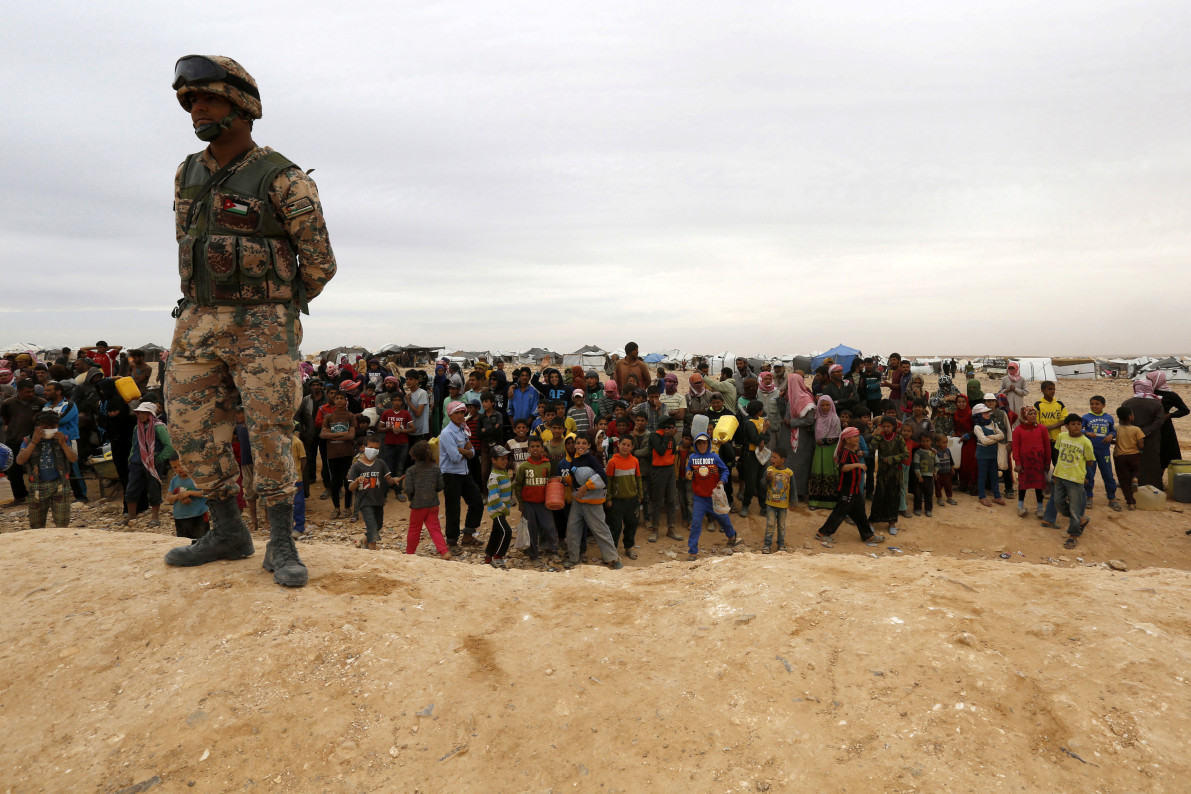 The United States is in the final stages of constructing an enormous border wall meant to keep terrorists and refugees from crossing illegally—but that wall is miles from American soil.

U.S. taxpayers are footing the bill for the foreign project, known as the Jordan Border Security Program, which stretches nearly 300 miles along the Jordanian kingdom’s borders with Syria and Iraq. The state-of-the-art security system, estimated to cost a reported half-billion dollars, aims to stem the flow of arms smugglers, refugees, and Islamic State militants from entering Jordan, as well as keep weapons and foreign fighters from spilling over into its war-torn neighbors’ lands.

If you’ve never heard of Jordan’s sophisticated, U.S.-funded electronic fence, now nearly a decade in the making, you’re not alone. The massive undertaking has attracted little mention from the media or the Obama administration, even as debates on wall-building and border security back home have consumed the American electorate this election season.

What began as a $20-million project to erect a series of watchtowers along a portion of Jordan’s border with Syria in 2008 has, in part due to its neighbor’s spiraling civil war as well as Iraq’s ongoing instability, evolved into an imposing advanced security system. Electro-optical and infra-red cameras now dot miles of high-security fence, according to the project’s plans. Ground radar and sensors can detect distant activity and are augmented by mobile surveillance towers. Meanwhile, the entire security system pumps data into a command center overseen by the U.S. and Jordan.

All told, the high-tech wall runs more than 275 miles, roughly the distance from New York City to Washington, D.C. The U.S.-Mexico border is nearly 2,000 miles long.

“[The Jordan Border Security Program] is now more important than ever given the rise of ISIS, the clear use of chemical weapons, and the well-known intention of terrorists to utilize any WMD material against the United States and our allies,” Kenneth Meyers, the former head of the Pentagon’s Defense Threat Reduction Agency (DTRA), told Congress last year.

Much of the detail surrounding the program, however, remains murky. There’s nary a reference to it among the Pentagon and State Department’s publicly searchable archives. Raytheon, a U.S. defense company that said it received more than $100 million from the Pentagon to devise and implement part of the project’s surveillance system, declined to discuss its security features in detail with Vocativ. Nor did the Jordanian Embassy in Washington D.C. respond to an interview request.

Despite promoting stability for the region and beyond, Jordan’s border wall is entirely funded by the U.S., a spokesman for the State Department’s Bureau of Political-Military Affairs told Vocativ. Around $80 million of the project’s tab has come from the State Department’s Foreign Military Financing fund, the spokesman said. Nearly $100 million more has also been distributed through the Defense Threat Reduction Agency, which aims to curb the proliferation of nuclear, biological and chemical weapons worldwide, according to a Pentagon spokesman.

As for the wall’s total price tag? Defense officials told Vice News in February that it had topped $500 million.