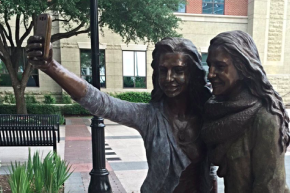 Well at least it was a gift 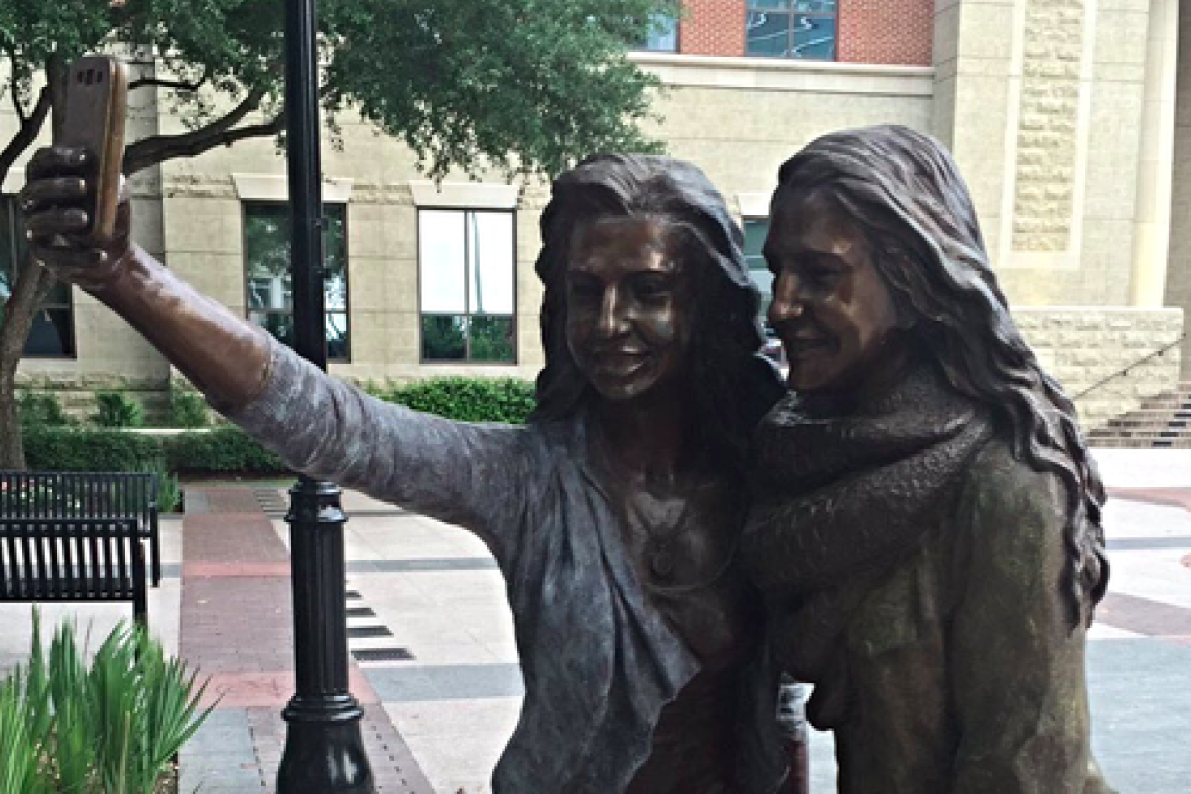 The town of Sugar Land, Texas were recently gifted two bronze statues for its Town Square Plaza which depict activities that regularly occur in that area. One of them is a guy playing guitar. The other? Two girls snapping a selfie.

Part of a 10-piece collection, the statues were donated by Sugar Land resident Sandy Levin, who has also given the Houston-area town several statues of alligators. A press release about the installation of the selfie statue reads:

The inclusion of sculpture in the Town Square plaza aligns with the continued vision of the City and the Legacy Foundation’s commitment to establish cultural arts amenities that “provide and/or support activities and facilities that enrich the artistic, cultural, educational, and historical character of Sugar Land.”

People taking selfies are now officially a part of the historical character and cultural enrichment of Sugar Land. They’re also a part of the town’s continued effort to develop a public art plan and beautify the city. Reviews from residents, however, are mixed.

THERE'S A SELFIE STATUE IN MY TOWN. pic.twitter.com/hEV0MLM04L

What's my hometown like? Well they just erected a statue of 2 girls taking a selfie next to city hall sooooooo… pic.twitter.com/k4J2vQRZun

To think, one day years and years from now, people will gaze upon this old timey effigy to a practice common all the way back in 2016 and find it quaint.