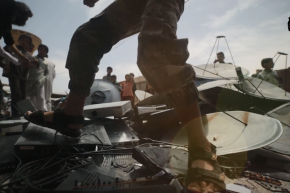 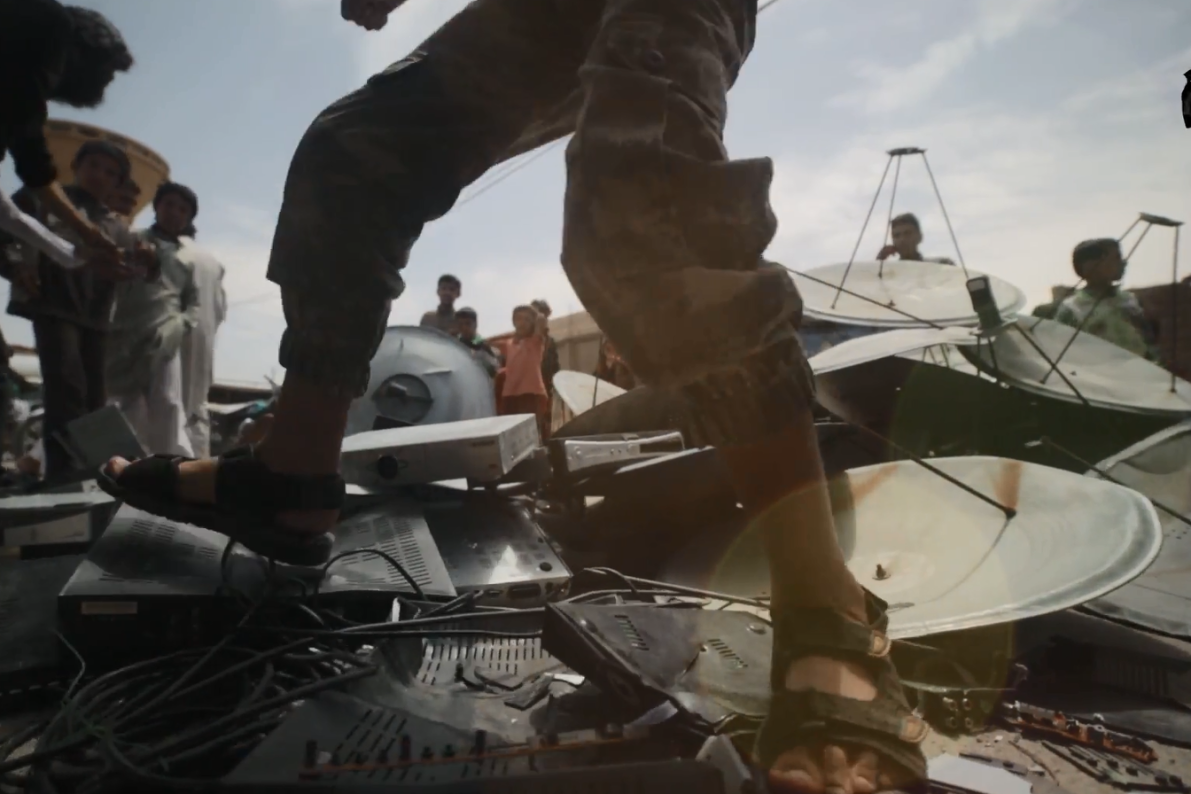 The campaign, which even includes calls to stop watching Arabic-language news, seems to be a frantic effort by ISIS to rally support as it faces mounting pressure in Iraq and Syria. Titled “Break the Satellite,” it’s comprised of three belligerent videos and has spread like wildfire in ISIS’ social media networks with the help of a hashtag of the campaign’s name (#حطموا_الستالايت, in Arabic).

The videos depict violent scenes of ISIS militants smashing TVs and satellite dishes, which at one point they crush with a tractor.

“The enemies of Islam are waging a media war against the Islamic State that is no less dangerous than the military campaign,” one of the videos, released by ISIS’ so-called Raqqa Province, says, referring to the U.S.-led fight against ISIS. It warns of a “media campaign targeting the Muslims and their homes, aiming to destroying their beliefs and pollute their ethics.”

In another video, a young ISIS member calls on Muslims “to destroy the dish, as it is full apostasy, adultery, and prostitution.”

“The infidels have invented it to corrupt the Muslims’ ethics,” he says. An older ISIS member, from Mosul, describes television and satellite dishes as “a door for corruption and destruction” that “were used to bring the ideas of the West, its principles, and its values, and put them in the hearts of Muslims.”

ISIS also includes scenes from popular Arabic-language television channels—including Al Jazeera, MBC, and religious channels—to convey its message: those channels are banned. One video that ISIS’ Dir ez-Zour Province in Syria released gets into specifics. It basically claims that 1,200 satellite TV channels, including 20 used for evangelizing and 200 known for singing and dancing, are out in the world causing mischief. One hundred of those channels show movies and TV series, while more than 50 are “secular news channels,” ISIS says.

Following the release of the videos, thousands of ISIS supporters were quick to echo the terror group’s rhetoric and fervently circulate the campaign’s hashtag, which was posted 10,000 times by early Wednesday morning, Vocativ discovered. One supporter described satellites as the “enemy from within,” while another called it “a weapon tyrants use to fight Islam and Muslims and distort and publish lies about the Mujahideen.” Others spread their messages using infographics:

ISIS launched the propaganda campaign as it battles to keep control of the Iraqi city of Fallujah, which Iraqi forces are trying to retake from the terror group. The Syrian army and U.S.-backed Kurdish fighters are also preparing a major offensive to take Raqqa, an ISIS stronghold.

In December, ISIS appeared to issued a decree forbidding people from buying, circulating, promoting, using, or repairing satellite dishes in areas across Syria and Iraq that it controls.