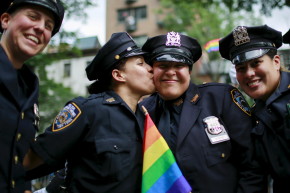 Same-Sex Experimentation Doubled In The Last 25 Years
By Joshua A. Krisch 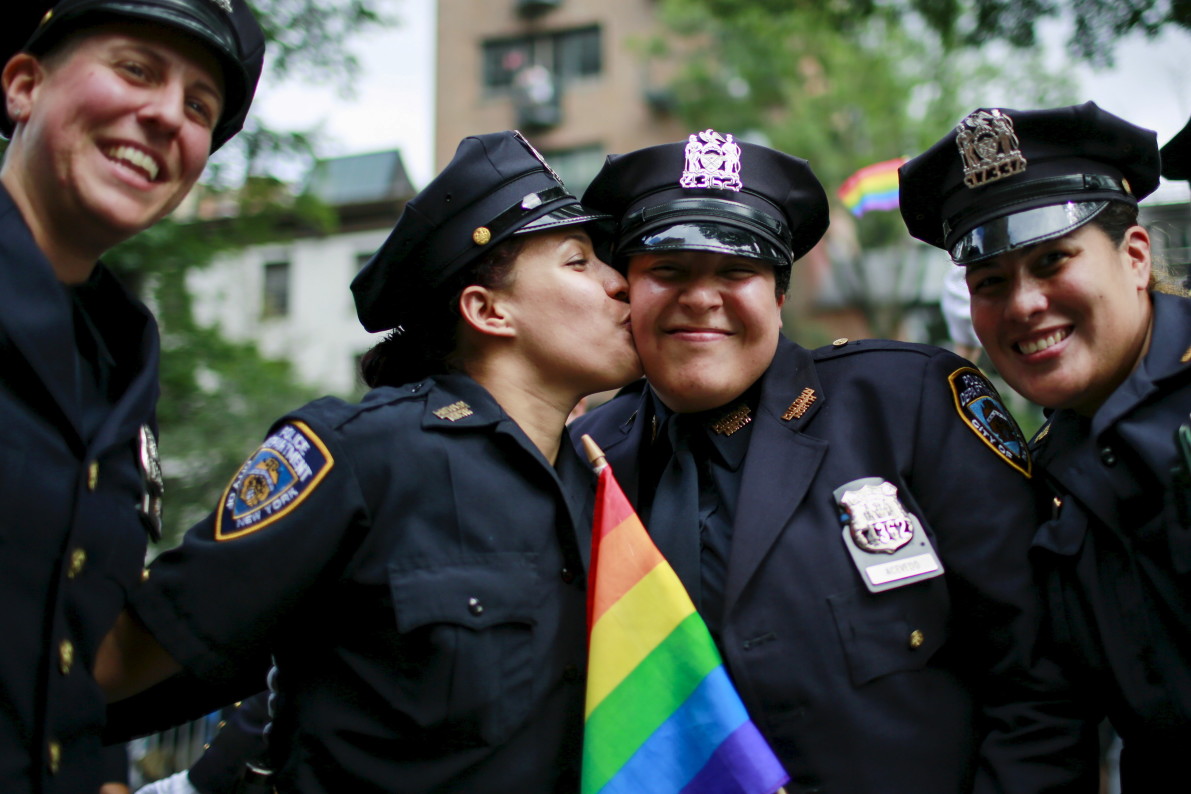 A new study in Archives of Sexual Behavior finds that acceptance of same-sex experiences has quadrupled since the 1990s, and that the percentage of adults who have had at least one same-sex fling has doubled. The data suggest that America is leaning toward LGBT acceptance—and experimentation.

“These large shifts in both attitudes and behavior occurred over just 25 years,” coauthor Jean Twenge, professor of psychology at San Diego State University, said in a press statement. “Without the strict social rules common in the past, Americans now feel more free to have sexual experiences they desire.”

More Mormons Get Behind LGBT Rights, But There Are Caveats

It’s hard to say when exactly it became OK to be gay in America. To be sure, in some parts of the country same-sex relationships are still frowned upon, and we have a long way to go before LGBT individuals can feel as safe in this country as non-LGBT people. But culturally and politically, the United States has broadly come to accept same-sex relationships, and there’s perhaps no greater proof to that than the fact that we now have marriage equality in all 50 states. At least one theory holds that social media was a major part of that shift.

“The global LGBT community has used Facebook, Twitter, Youtube and other platforms to shape people’s attitudes towards LGBT issues,” according to a recent paper published by the University of Maryland. “Via social media, LGBT groups have offered support to members of the community, and have gathered together the critical mass of voices that is needed to affect change, such as the legalization of gay marriage in the United States.”

But while it’s hard to miss these sweeping social changes, it can be similarly difficult to quantify them. Prior studies have shown that support for same-sex marriage has steadily grown in the United States since 2001, but that doesn’t always translate into the broader cultural feelings about same-sex relationships.

This new study attempts to fill that gap with data from 33,728 individuals, collected regularly since 1972 as part of a nationally representative survey. Datasets on acceptance of same-sex sexual behavior have been collected since 1973, and the survey first began asking about sexual partners in 1989.

Between 1973 and 1990, the percentage of adults who believed “sexual relations between two adults of the same sex [was] not wrong at all” more or less stagnated at around 13 percent, but since then the numbers have skyrocketed. As of 2014, roughly 50 percent of all adults—and nearly two thirds of individuals between the ages of 18 and 29—say that they support sexual relations between two consenting adults, regardless of their genders.

Perhaps more interesting, however, is the number of participants who say that they themselves have had at least one same-sex sexual experience. Between 1990 and 2014, the percentage of adults who said they have had both male and female sexual partners increased from 3.1 percent to 7.7 percent. Among millennials, 7.5 percent of men and 12.2 percent of women have had at least one same-sex experience. Now this isn’t to say that these individuals necessarily identify as LGBT—the study took into account only whether individuals had ever had a same-sex sexual experience, not their sexual identity.

A few trends emerged, too. Most of the increases in same-sex experiences clustered around whites from the South and Midwest, suggesting that regions of the United States that were historically hostile to LGBT rights have become more accepting. The study also found that women are more likely to experiment with other women when they are young, while age doesn’t appear to be a factor for men.

In their paper, the authors suggest that this data could be important for public health officials who are trying to determine health disparities and the needs of the LGBT community. Non-monogamous men who have sex with men, for instance, are still considered one of the highest risk categories for HIV. Meanwhile, policy experts can use this data to assess the prevalence of discrimination and build public policy.

Regardless, the study confirms what anyone following the LGBT revolution probably suspected—since the ’90s, the United States has become a fundamentally different country, both in its acceptance of others and in its willingness to push the limits of old taboos. “Millennials are markedly more accepting of same-sex behavior than GenX’ers were at the same age,” Sherman says.

“But then, so are most adults.”