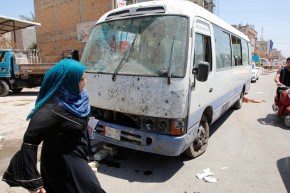 "Baghdad is shoulder to shoulder with the steadfast Fallujah," one ISIS supporter tweeted 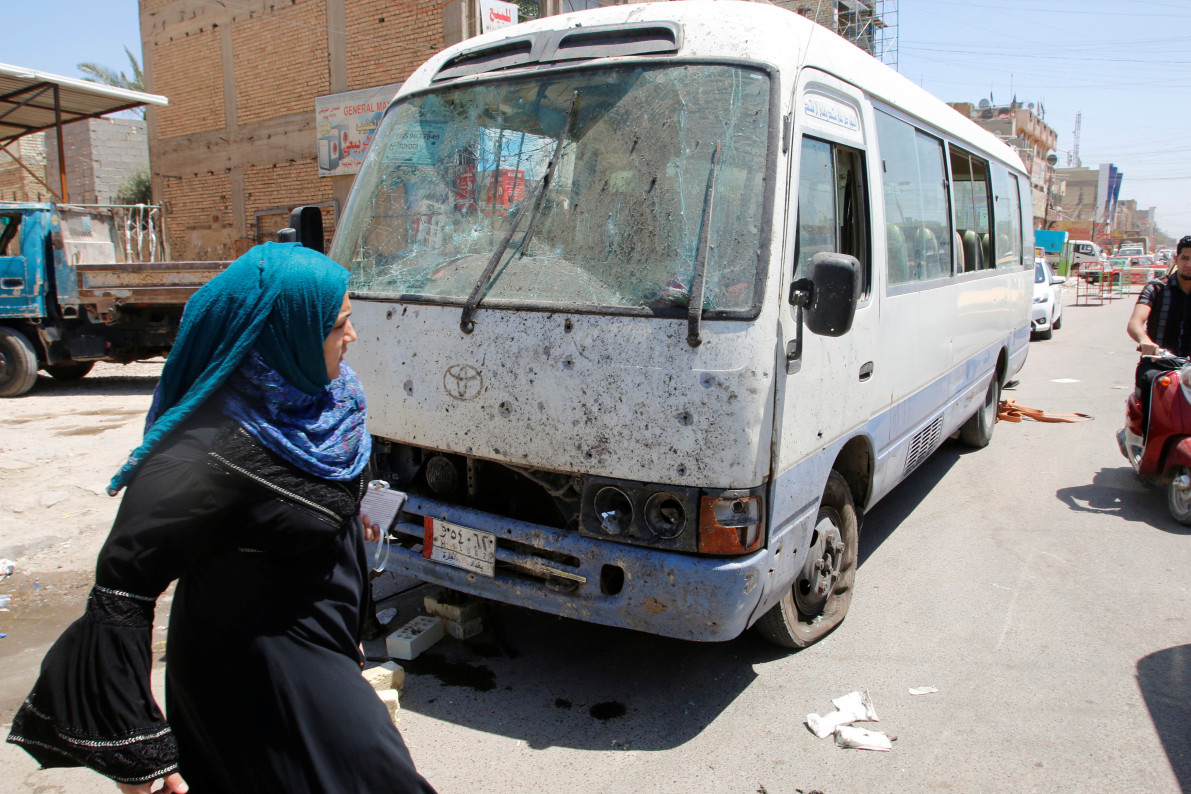 ISIS fighters claimed responsibility for deadly attacks that rocked Baghdad on Monday, as Iraqi forces continued to fight the terror group for control of the nearby city of Fallujah.

The Islamic State’s Amaq News Agency said in a statement distributed on social media that two ISIS suicide bombers blew themselves up at a gathering of Shiite fighters in Sadr City, a stronghold of Shiite militias in the Iraqi capital. Reuters reported that two died in the attack and seven others were injured.

A second attack claimed by the Islamic State hit the Sunni district of Tarmiyah in Baghdad, killing seven and wounding 19 others, according Reuters. The terror group released an image, which Vocativ uncovered on the messaging app Telegram, allegedly showing the Tarmiyah attacker, identified as Abu Hamza al-Maghribi.

Another 12 people were killed and more than 20 others were injured in a third attack when a car bomb exploded in Shaab, a Shiite neighborhood in Baghdad. Iraqis on social media shared pictures that allegedly showed a burning vehicle and destruction caused by the blast. It was unclear, however, who was behind the third assault. The Islamic State didn’t immediately claim responsibility.

Translation: The first pictures coming from the neighborhood of Shaab in Baghdad

ISIS supporters online celebrated the violence that killed more than 20 people in total. One declared that ISIS fighters in Baghdad are helping “their brothers” in Fallujah, where a battle between ISIS militants and the Iraqi government and its allied Shiite militias is taking place. Fallujah is about 35 miles from the Iraqi capital. “The Baghdad Province is one fire against the Shiites, car bombs hit the Shiite Sadr City and Shaab district in Baghdad,” one ISIS supporter tweeted. “Baghdad is shoulder to shoulder with the steadfast Fallujah.”

On Monday, reports said Iraqi troops backed by tanks and artillery started to enter Fallujah—which ISIS seized in 2014—after days of battles against ISIS fighters on its outskirts.

The attacks in Baghdad are latest to hit the city amid an uptick in deadly ISIS assaults in the Iraqi capital in recent weeks. The violence has killed dozens of civilians and highlighted how security agencies are still unable to protect Iraqi citizens from ISIS assaults in the city. Al-Monitor reported that Iraqi security officials blame ISIS sleeper cells in Baghdad and other Sunni-majority areas for the attacks—and more violence is expected. “Information indicates that IS intends to carry out more bombings in Baghdad in the coming days,” unnamed intelligence sources told Al-Monitor on May 17.