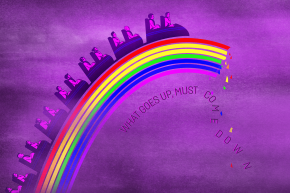 ‘He Tried To Get My Pants Off’: Inside ‘Ex-Gay’ Therapy
By Tracy Clark-Flory

‘He Tried To Get My Pants Off’: Inside ‘Ex-Gay’ Therapy 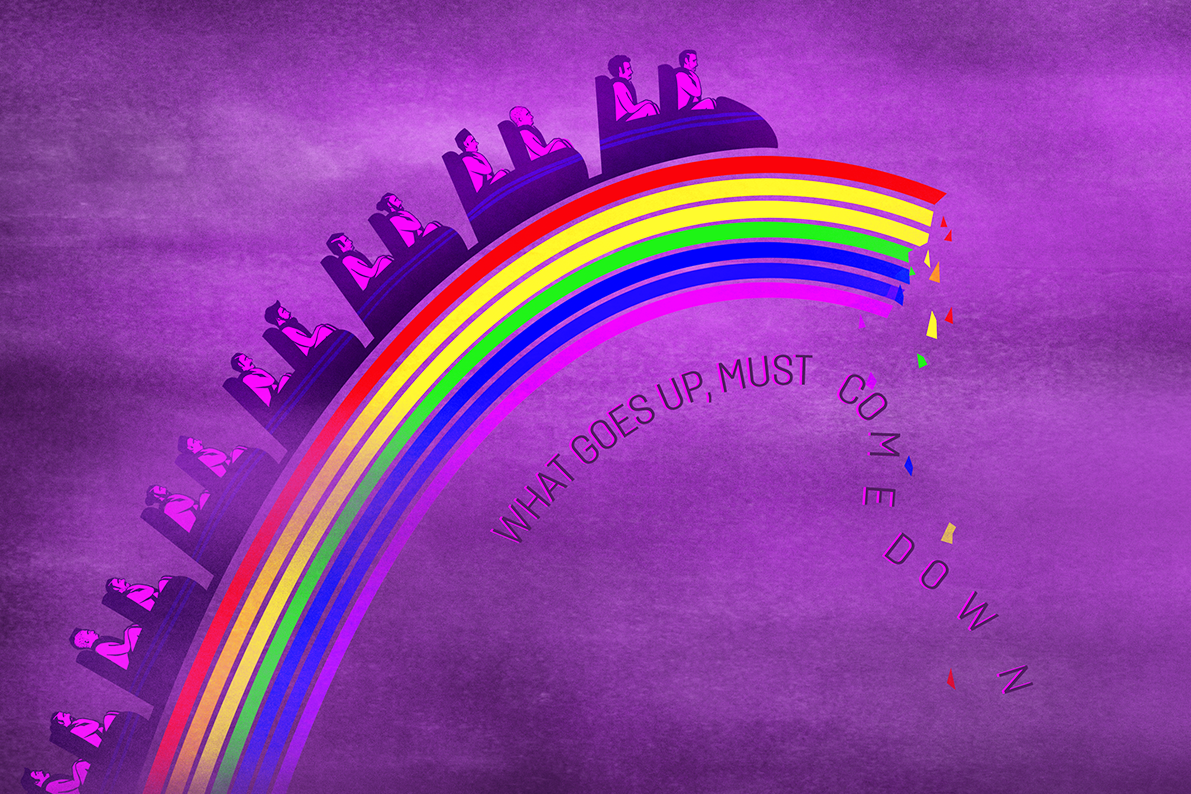 Standing naked in a circle of men, touching oneself in front of a male therapist, competing to grab a pair of oranges meant to represent testicles—these are just a few of the bizarre practices detailed in a new report on so-called gay “conversion” therapy. That’s not to mention being subjected to homophobic slurs, beating pillows with tennis rackets, and engaging in traumatizing re-enactments of childhood abuse.

The report, from the non-profit Southern Poverty Law Center (SPLC), takes an exhaustive look at these “reparative” exercises, which it says are fueled by “junk science” and quote-unquote experts with “only the loosest grip on the scientific facts.” “The ‘science’ examined here actively harms people, leading with grim regularity to suicide, depression, and an array of self-destructive behaviors,” says the report. “It demeans, defames, and defrauds human beings, typically at their most vulnerable moments.”

The report is based on revelations that emerged from a lawsuit SPLC brought last year on behalf of several plaintiffs against the now-defunct Jews Offering New Alternatives for Healing (JONAH). Depositions of JONAH’s proposed witnesses revealed just how little science these “treatments” were based on. The judge barred the “experts'” testimony, noting that their “reports are riddled with methodological errors that also render their opinions inadmissible.” One of these “experts” cited a study by a “therapist” who turned out to be a “massage therapist.” Another had been published in a “journal” that charged authors $35 for the honor of being published in it.

More The Practice Of “Gay Conversion” May Finally Be Abandoned

The report puts it this way, “They employ theories that have been thoroughly debunked by virtually all relevant medical associations. They cite bizarre studies that were shot down decades ago as key documents. They use techniques that were described in court by one expert as ‘worse than snake oil.’ They are quacks.” They also completely ignored the dozen peer reviewed studies that have investigated conversion therapy and found it to be harmful or ineffective.

It’s no surprise then—OK, it’s still pretty surprising—that this therapy involved such bizarre rituals. These exercises were detailed through testimony by the plaintiffs, who underwent JONAH’s therapy. Chaim Levin said he “was told to say one negative thing about himself, then remove an article of clothing, repeating the process until he was naked,” according to the report. “Then [his therapist] told him to touch his [own] penis and then his buttocks.” Michael Ferguson said he was instructed to do the same. “He kept rephrasing it in different ways, but about half dozen different ways he tried to get my pants off,” he said of the therapist.

In another incident, the plaintiffs said they were asked to stand naked in a circle of men. “They were told not to worry if they developed erections, because ‘what comes up must come down,'” said the report. “This exercise was described as a way for clients to learn to relate to other men in ‘healthy’ ways.” Similarly, they were instructed to cuddle with each other for extended periods of time—sometimes in a position called “the motorcycle,” where “one man sat backed up into the lap of a man hugging him from behind,” according to the report.

Then there was the aforementioned exercise with oranges, where participants were told, as the judge summarized, “to hold hands to create a human chain, with one individual standing behind the chain clutching two oranges representing testicles.” They were then instructed to take turns trying to break through the chain to seize the oranges while being taunted with bigoted slurs.

Levin detailed an exercise in which he was asked to re-enact sexual abuse he’d suffered as a child at the hands of an older cousin. “[I]t was mostly the person representing my cousin who was speaking and he just started saying over and over again, ‘If you don’t give me a blow job, I’m not going to love you any more,'” he said. “And it just kind of was being repeated and repeated and more and more until people on the sidelines started kind of chiming in.”

Not all of the exercises were so sexually charged—but they were no less disturbing. Benjamin Unger said he was instructed to beat a pillow meant to represent his mother with a tennis racket. “I was told to lift the racket over my head and start beating the pillow while yelling ‘mom’ the entire time. And I did that literally,” he said. “I had a huge gash and my hands were actually bleeding from hitting it so much.”

Ultimately, the plaintiffs in the case won and JONAH was shut down. But the report details ten major conversion therapy groups that are still very much in operation. That’s why the authors call for states to criminalize conversion therapy for minors, as Vermont just did, and for Congress to pass a bill introduced last year that would make it illegal to advertise or sell these “treatments.” They also call on insurers and professional organizations that license mental health practitioners to reject “ex-gay” therapy. The report concludes, “If these things are not done, if the quacks who make up the reparative therapy business are not stopped, lives will continue to be ruined.”