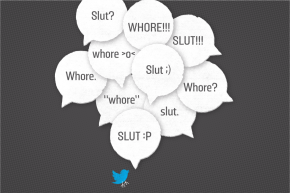 People Tweet About “Sluts” and “Whores” A Million Times A Month

A by-the-numbers breakdown of misogyny on Twitter—and, surprise, it's not pretty 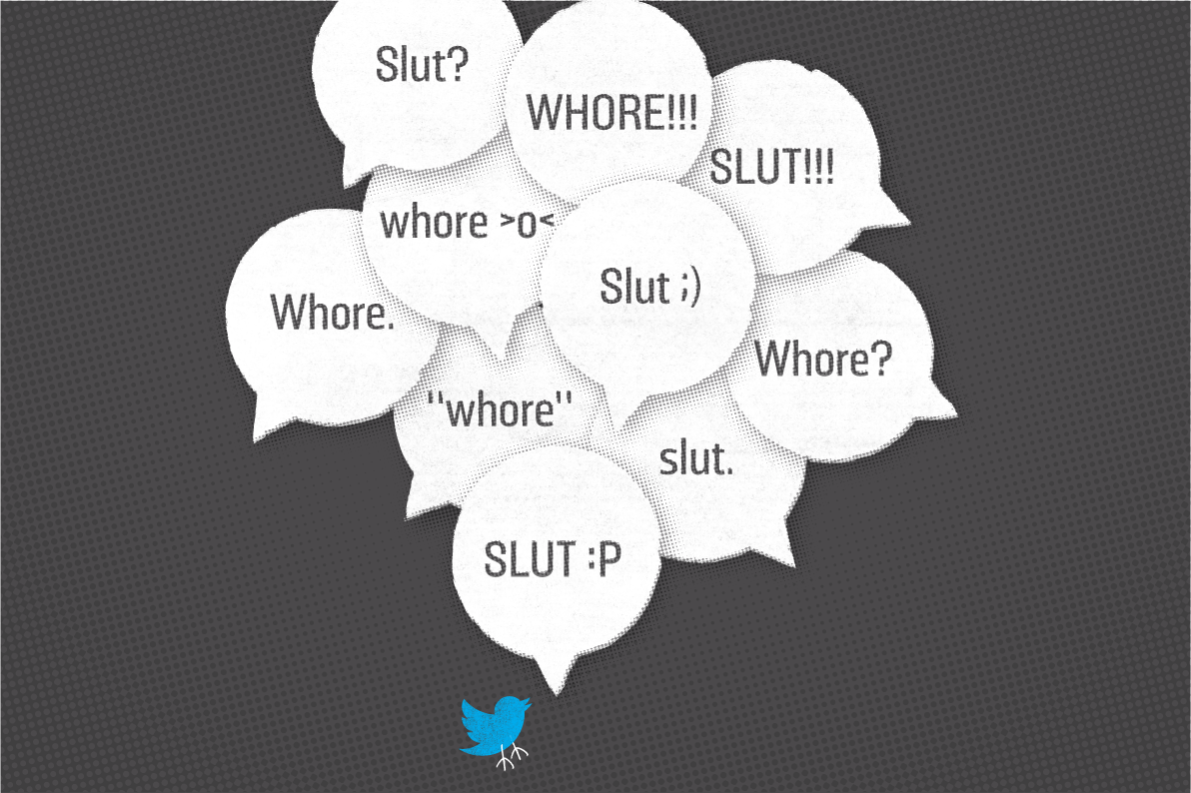 If there’s one thing we’ve learned that people love doing on Twitter, it’s casually dropping misogynistic slurs. We already know how Misogyny Twitter extends to some of the most influential women in the world, and that its content can get pretty violent. But a new report from Demos, a UK-based think tank, takes a closer look at how these terms are used and who’s using them to make some unexpected findings.

“This study provides a birds-eye snapshot of what is ultimately a very personal and often traumatic experience for women,” researcher Alex Krasodomski-Jones said in a statement. “[This report] is less about policing the internet than it is a stark reminder that we are frequently not as good citizens online as we are offline.”

The report coincides with the launch of an online anti-abuse campaign called “Reclaim the Internet” and follows an earlier study from Demos which found that 12 percent of all tweets with the word “rape” collected between December and February 2013 appeared to be threatening. For example, “@^^^ can I rape you please, you’ll like it.” The 2014 study also found that men and women were just as likely to use words like “slut” and “whore.” So, what’s changed in two years? Not a lot, it would seem.

In under one month, the words “slut” and “whore” were used over 1.4 million times in total—about 42 times per minute—a staggering figure that expands upon Demos previous research, which tracked the prevalence of these words by UK-based users alone. In just under a month in 2014, these words came up 131,000 times, or 4,851 times per day just in the UK.

In the time the research was conducted, 213,000 total tweets were found to contain an aggressive use of the words “slut” and “whore,” targeting 80,000 Twitter users in particular. The algorithmic language processing technology utilized by Demos was able to separate out these instances by looking for commands, additional obscenities, and the word “you” in addressing a specific user within these tweets. These types of inherently misogynistic tweets made up 33 percent of all non-porn related tweets with this language. Other types included discourse surrounding the words themselves with mentions of things like “Slutwalks,” and more casual usage (e.g. “happy birthday little slut I guess I love you”).

The research showed that aggressively misogynistic tweets were posted at a rate of about 9,000 per day, specifically targeting 80,000 Twitter users. While the materials released by Demos did not specify who these users were, it’s probably fair to assume that the (vast) majority were women. According to Pew Research, women (especially those between the ages of 18 and 24) experience harassment at disproportionately high levels, with 32 percent of women reporting having been called offensive names online in the past.

One interesting finding (mirrored in conceptually identical research from Brandwatch) is that female Twitter users were actually more prone to using this misogynistic language in an aggressive way. While women were responsible for half of these types of tweets, male Twitter users only accounted for 40 percent of them. (The other 10 percent were posted by organizations or individuals whose gender could not be classified.)