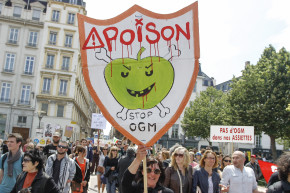 GMO Denial Is A Religion, Not A Science
By Joshua A. Krisch

GMO Denial Is A Religion, Not A Science 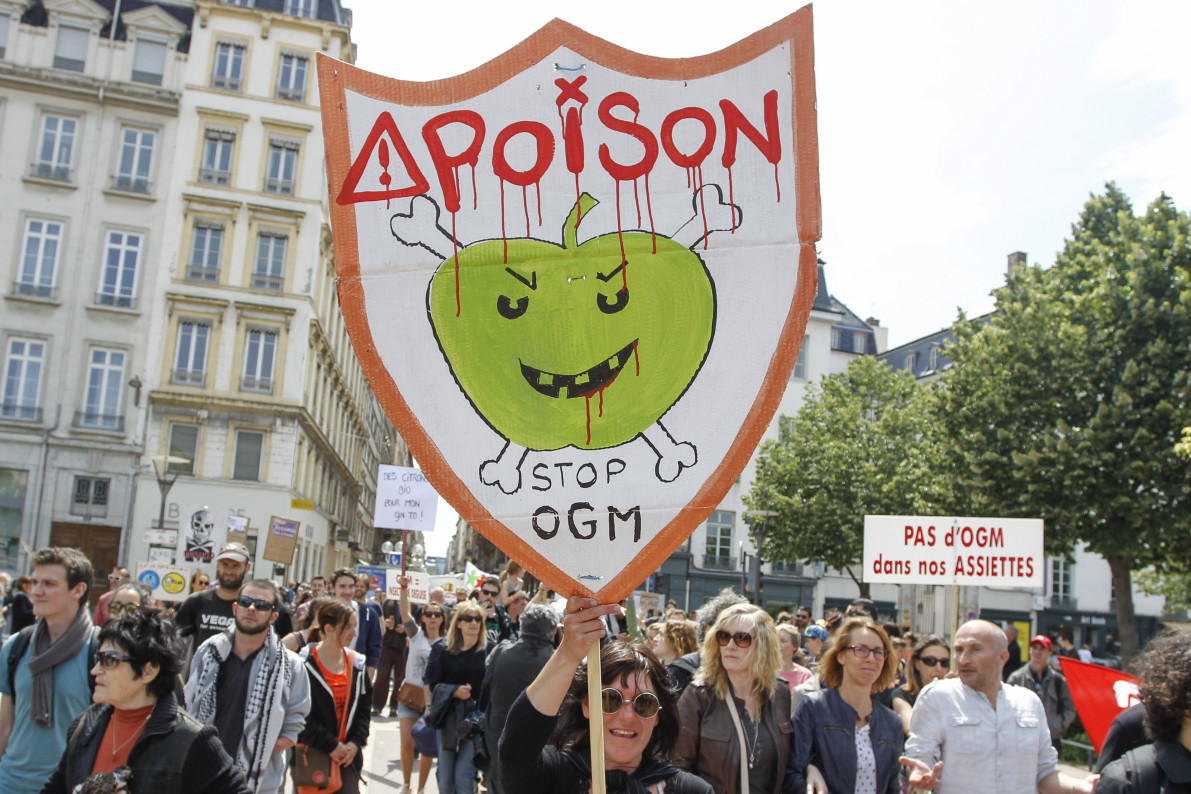 Despite the overwhelming scientific consensus that genetically modified foods are safe, most of the country remains skeptical. Obviously, that’s not because GMO deniers have some secret information that the scientists don’t—and, according to a new study in Perspectives In Psychological Science, it’s not due to any sort of rational analysis either. No, most GMO deniers base their pseudoscience on something far more difficult to disprove: moral values.

“Attitudes about GM are the result of absolute moral values rather than consequence-based calculations,” the authors write. “Their defining characteristic is the unconditional proscription of certain actions.”

Evidence-based folks love putting science deniers in their place. It’s why Bill Nye debates creationists and why climate scientists secretly love taking down climate skeptics. But for all the public discourse, solid evidence never seems to win hearts and minds. In fact, one well-known 2014 paper concluded it was nigh impossible to change an anti-vaxxer’s mind because their opinions are based not in rational fact but in absolute belief—more like religion than science.

Biologists are now facing similarly dogmatic opposition from anti-GMO advocates. As the American Association for the Advancement of Science (AAAS) once put it, “The World Health Organization, the American Medical Association, the U.S. National Academy of Sciences, the British Royal Society, and every other respected organization that has examined the evidence has come to the same conclusion: consuming foods containing ingredients derived from GM crops is no riskier than consuming the same foods containing ingredients from crop plants modified by conventional plant improvement techniques.”

And yet—only 37 percent of Americans consider GMOs safe to eat.

That kind of disparity between science and public perception doesn’t happen within a well-informed populace. Although prior studies have proposed that Americans are simply being cautious and weighing the risks and benefits, at least one study found that the average American knows next to nothing about biotechnology. So what makes them think they’re smarter than the biologists?

“We argue that this combination of minimal knowledge and strong conviction is sensible if, for many people, attitudes about GM are the result of absolute moral values rather than consequence-based calculations,” the authors write. So they resolved to examine why anti-GMO activists oppose the best available evidence, and determine whether their positions were the result of a rational, scientific view—or an absolutist moral review, more reminiscent of religion.

For the study, the researchers recruited a diverse group of 1,022 participants to answer online questionnaires. First, they asked participants series of questions about genetic engineering and found that 64 percent were opposed to GMOs (not surprising, given prior studies) and that 71 percent of those opposed to GMOs—46 percent of the entire sample—claimed they would continue to oppose GMOs regardless of the evidence and the consequences. In other words, more than two thirds of GMO deniers admit that nothing could possibly change their minds.

Finally, in a fascinating pilot study, researchers asked one more question: Can anything convince GMO skeptics to abandon their anti-science ways? For this phase of the study, participants ranked arguments in favor of GMOs by how convincing they found them. But even when the researchers posited to anti-GMO advocates that genetic modification could stop world hunger, prevent blindness, reduce pesticides and improve the quality of our foods, the moral absolutists refused to get on board, with more than half consistently saying that they did not find these arguments compelling.

“These results underscore the power of affect to shape beliefs about the acceptability of new technologies,” the authors write. “Not only are perceptions of risks and benefits often affectively based, but at least in some cases, affectively-backed moral values are associated with willingness to disregard risks and benefits entirely.”

Now, moral absolutism can be problematic, especially for governments bent on using science to feed the world even as a mob of irrational GMO haters tries to break down the door. Indeed, it’s because of these sort of moral absolutists that we have GMO labels and GMO restrictions in Europe—not because of any sort of compelling science. But good luck trying to convince GMO deniers to take a break and read a scientific study—because they, much like other science deniers, have opinions that are rooted in something far more dogmatic than data.

“Whatever its ultimate origin, the prevalence of moral absolutism bodes poorly for public discourse on genetically modified food,” the authors write. “For GM, as for other contentious social issues, mitigating moral absolutism may be a first step toward resolving long-standing conflicts.”