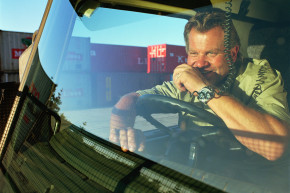 Facebook Live Is A Huge Hit With Lonely Truckers

Facebook Live is to 2016 what CB radio used to be, connecting drivers to the rest of the world 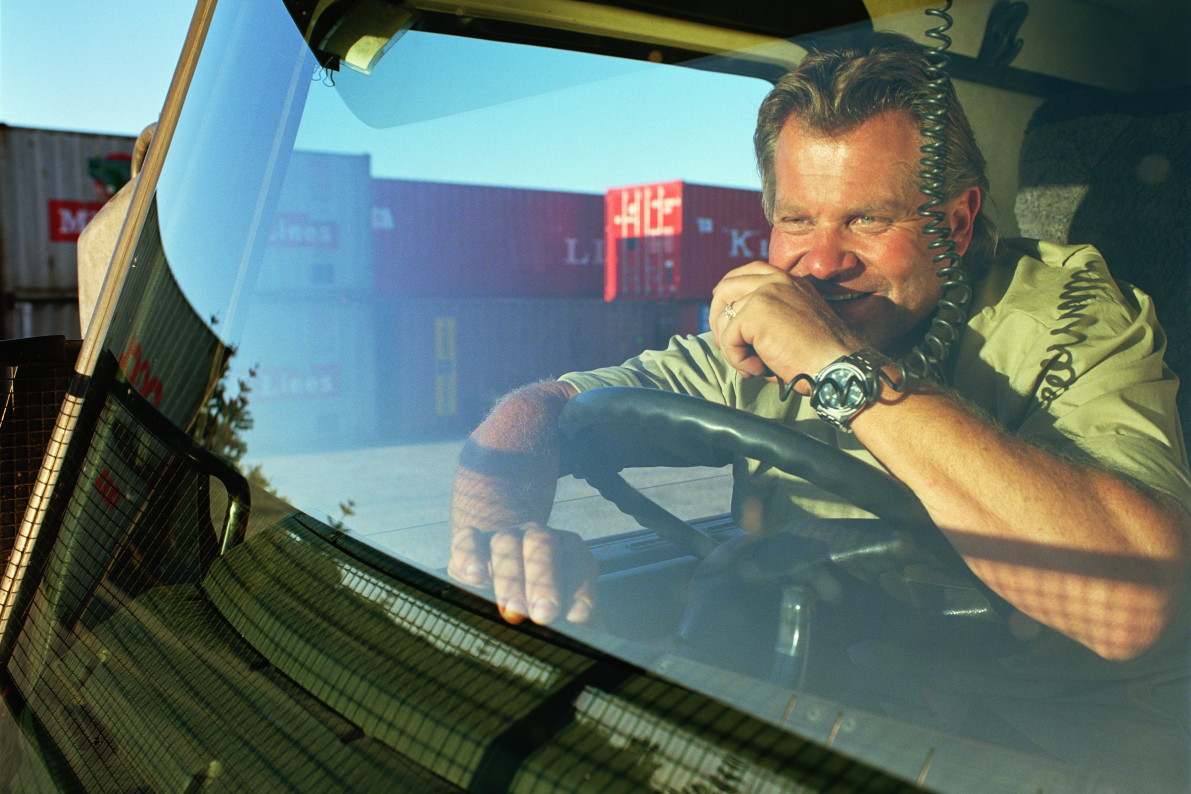 Daisy Delaney sings on Fridays. Shane Place broadcasts his hauls daily for all the retired drivers and lonely spouses out there. Miss Truck Diva complains about how long it’s taking for her truck to get loaded. And John Meeks reminds any truckers listening that if they don’t want to be publicly shamed for taking a whiz on the side of the road, don’t do it. But instead of doing it on a CB, they do it all on Facebook via live video, connecting with thousands of other truckers they’d otherwise never meet on the infamous channel 19.

“I would say the CB is pretty much a dead technology anymore,” says Place, who’s been driving on and off since 2000. “Most people don’t use the CB, and when they do, it turns into an argument. It’s hard to find decent conversation.” He says truckers are far more likely to converse with other drivers now on Facebook or their cellphone. “There are some companies that don’t even allow CBs in their trucks anymore,” he said.

The decline of the CB, or citizens band radio, has been documented in recent years as truckers turn to modern technology to navigate and communicate. They may use satellite for dispatch, routes, or radio, or use their cell phones to chat with spouses on long stretches on the road. Trucker publications like Overdrive have been charting the increasing silence on channel 19, the name for the center frequency on the band familiarized by the popular CB quip, “Breaker-breaker-one-niner.”

“We’re too busy Facebooking to talk on the CB,” one driver told them.

Place is a member of the Facebook group Truckers Wall of Shame, where some 50,000 truckers and their loved ones the world over gripe, commiserate, joke, argue, and document their lives for people just like them. They live stream reports of overturned trucks. Brag about their truck’s ability to pass uphill. Complain about toll workers with attitude. Critique gas stations. Stream bad weather. Record 90 minute drives with only the engine hum and radio for company.

But unlike a CB’s radio waves, Facebook content reaches much further, and has the added benefit of feedback from the masses. Commenters frequently remark on the music, guess the driver’s location, or ask them to do tricks: “Do a burnout!” one exclaims.

Facebook Live, launched April 6, is Facebook’s counter to livestreaming app Periscope, a shrewd move on their part to handcuff users to the network by giving the average Joe a chance to now stream video in real time from a place he’s already spending most of his hours. Those who prefer digital voyeurism to digital exhibition can opt to watch everyone else’s. Users can announce to their followers that they’ll be broadcasting, and anyone who opts in can receive notifications when it’s all going down. Audience’s reactions can pinpoint “the good part” of a Facebook Live video. There’s even a world map showing locations from which videos are streaming. Talent show X Factor will host upcoming auditions through the feature. For truckers, Facebook Live means they can livestream their long, solitary drives for as long as they want.

Though the public access-reminiscent quality of Facebook Live videos and comments may seem insignificant, they’re having a tangible impact on a group of people who are notoriously lonely. “At least 80% of my trucker clients have problems with loneliness because many are away from home for weeks at a time,” says Buck Black, an LCSW Therapist who runs truckertherapy.com and counsels patients via text and Skype. “My clients also are more likely to have depressive concerns because of the isolation of being on the road.”

He’s noticed in recent years that Facebook groups and video have become a more common means of communication for truckers to help them feel less isolated. He adds, “I encourage my clients to be as social as possible and take advantage of all form of technology.”

Before Facebook groups, online forums were the digital destination for veteran drivers to vent, and aspiring haulers to query their elders. At Trucking Truth, a 23-year-old named Chris asks how he can be happy trucking when he gets “really lonely on the road and hate being away from home?” At Truckers Report, another driver asks how everyone deals with loneliness, “when they have no home and nobody waiting for them.”

But now with groups like Truckers Wall of Shame, that problem is at least partially solved. And the drivers say it’s just a fun way to pass the time. “It’s fun for me, and provides a glimpse into our world,” Place said. His videos, like this one of driving for about 20 minutes, spawned hundreds of views and comments, ranging from people asking about his equipment, to one woman exclaiming, “Can’t wait for my man to get here so I can ride.”

Place says many of the group members are ex-drivers who just miss the lifestyle.

“Just the fun interactions from other drivers, retired drivers, drivers from overseas, and non drivers,” he tells Vocativ. “They really seem to enjoy riding along. I get requests for jake brakes, and turbo whine all the time.”

The group started as a repository for posting shameful, teachable driver moments—shaming the roadside urinators, bad parkers, and other offenders—to reminding rookie drivers to not flash high-beams other drivers when they’re trying to get over and pass. (It actually blinds them!)

Driver and group admin John Meeks posted a live video reminding all the group’s members why all this is a good thing. “Common courtesy goes a long way in this industry,” he said.

Facebook Live vlogger Daisy Delaney is a group favorite who talks about her life, the road, the weather And then she sings—normally with whatever is on the radio.

Delaney says she does that because there are just so many miles on the road, and she wakes up with a song in her head every day. She also says her videos show what it’s like to be a woman in the industry.

“If truck drivers know one thing, it’s music,” Delaney said. “There’s a lot of long stretches of highway, lonely nights, and empty spaces that are filled for us by a radio. For as long as we’ve been keeping America moving, that radio and our CB have been our best friends. I guess that’s why singing maybe seemed like the best way to reach out to everyone.”

And on Facebook, everyone can reach back. Delaney fields a lot of marriage proposals. So many that she finally addressed it in a recent video:

Yes I’m married. Sorry. It is in fact true. My husband is not a driver…He does his own thing up there in Montana and I do my own thing on the road. Have I ever had a weak moment out here on the road? No I have not. Don’t plan on it either! I’m actually pretty focused, pretty driven, pretty goal oriented. I don’t slow down really a lot.”

Having answered that, she moves onto singing, fiddling with the radio until something pleasing comes up. “Let’s send this one out to all the spouses,” she says. It’s Kathy Mattea’s “Eighteen Wheels and a Dozen Roses.” It’s a country song about a man named Charlie who’s been driving a truck for 30 years, and is about to retire—just 10 more miles to finish, on a four-day run—then he’ll “spend the rest of his life with the one that he loves.”

But if he misses the road, Charlie can always log back on to Facebook and keep along with the ride.