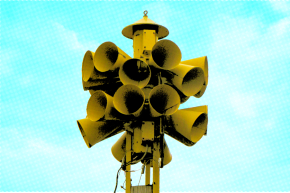 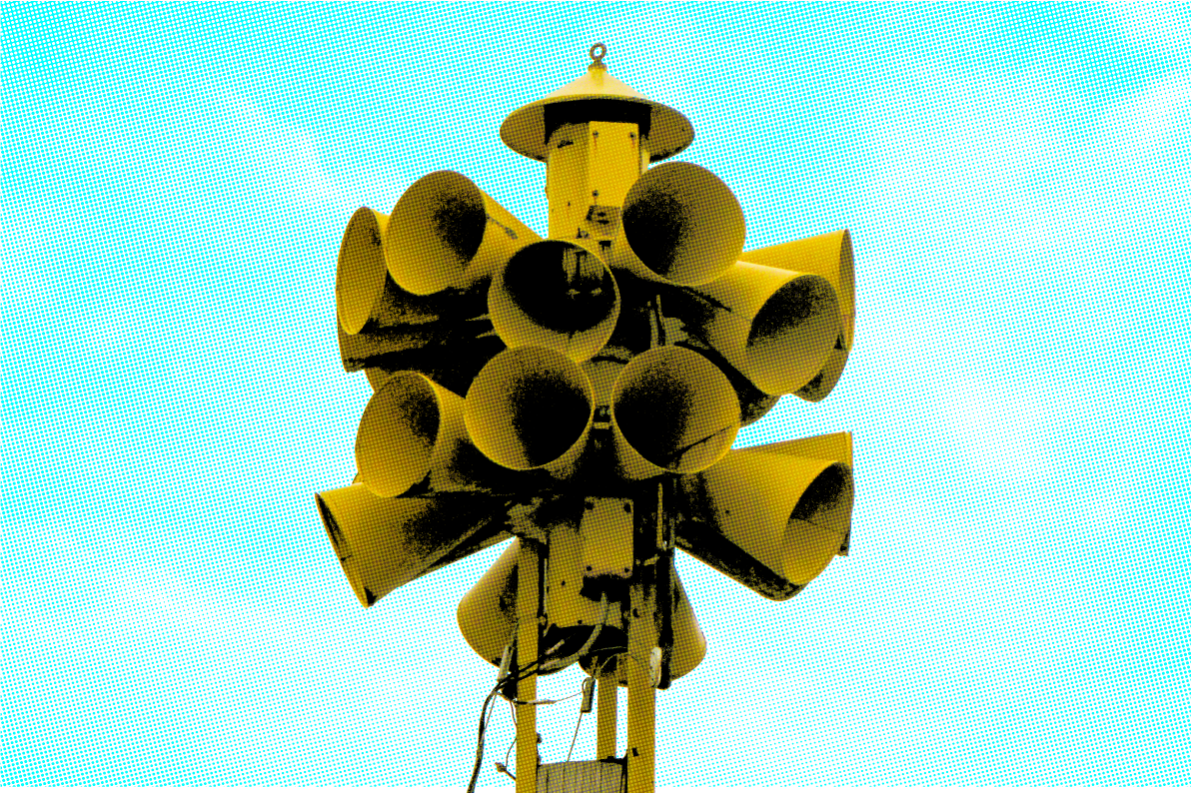 Last spring break, 20-year-old Tyler Noie, an engineering student at Purdue, decided to forgo the typical trip to Cancun for a road trip around Indiana doing something he finds much more fun: testing tornado warning sirens.

Noie is one of a small but passionate group obsessed with the loud, wailing sirens that warn people of impending twisters.

“Instead of getting drunk and engaging in questionable behavior as most college students do, I put about 1000 miles on my Buick LeSabre driving all around the county testing each and every one of our 67 sirens,” Noie says. “It took just shy of a week, but now we knew what worked, what didn’t, and what the problems were with the ones that didn’t work.”

Though there have been advances in both weather predicting and warning systems, many places still rely on a decades-old analog technology to warn them of incoming tornados: the air raid siren, with its loud and long wails that can be heard from miles away. Sure, smart phones with their texts and push alerts have their place, but the siren doesn’t rely on a charged battery or a 4G network or a telephone wire to get its message across. Even if you don’t live in tornado alley, you’ve probably heard the song of the air raid siren: they’re also used by some volunteer fire departments to summon firefighters to the station, to warn of tsunamis or volcano eruptions, even to signal the beginning of Shabbat.

Not only does this old-school technology still do its job perfectly well, but it also has fans who congregate in more modern spheres: online forums and YouTube channels—a community of air raid siren enthusiasts who have made a hobby (and in some cases, a career) out of listening to a sound that most of us would prefer to avoid.

Many of them congregate at AirRaidSirens.com, a surprisingly active hub of siren discussion and information. It’s been around for more than 10 years and has more than 2,000 members, at least of few of which are signed in and active at any given time of the day. They talk about their favorite sirens (Federal Signal Thunderbolts seem to be a popular choice, though Justin Olson, 23, loves the Red Arrow, saying “I don’t think there is a better siren in the world”), upcoming siren tests, and siren history. Some of them create and post maps of siren locations. There’s a marketplace where enthusiasts can buy and sell sirens. There are even custom siren emoticons.

You’ll also find plenty of siren videos on YouTube, where many of AirRaidSiren’s members have accounts for their videos of siren tests around the country. Some of these videos have hundreds of thousands of views. Many of them have comments from fellow enthusiasts, who you can generally pick out by their use of a photo of a siren as their avatar.

How (and why) does one become a siren enthusiast?

Logan Shelts, a 20-year-old student who also works in IT, is the lead moderator of AirRaidSirens. From Oklahoma, he grew up in tornado alley and so was already familiar with the sirens’ sound and function. “I think what really got me into sirens was my passion for public safety,” Shelts says. “I eventually want to get a degree in emergency management.”

“I thought they sounded really cool,” said Alex Nieskes, 18, who posts videos of siren tests around his home state of Wisconsin on his YouTube account.

David Prince, 17, says he was introduced to it by a friend. Calvin Williams 15, says his interest was piqued when he saw a news broadcast about tornado sirens being installed nearby. Luke Thomas, a 21-year-old college junior in Illinois, stumbled upon a page in the Guinness Book of World Records about the loudest air siren in the world (that’d be the Chrysler Air Raid Siren, of course). Sixteen-year-old Christian Bricking’s preschool was located next to a fire station, and its siren tested once a month. Christian Long, 22, has Asperger’s and says he started watching siren videos to overcome his fear of them.

Garrett Starling was a bit more poetic: “I was drawn to the hobby after watching a video of an ACA Allertor 125 going off. The air that was being pushed out of the horn was blowing the leaves of a tree, and I thought it was pretty neat, so I decided to find out more.”

A forum user who goes by the name Valtonus and considers himself to be “just a normal siren enthusiast” put it simply: “We think sirens are part of history. They are just cool to us.”

But siren enthusiasts don’t just spend their days in front of a computer. They go out into the field to hear and see sirens for themselves. They don’t have to wait for a tornado; sirens typically have weekly or monthly tests.

“It may be a long road trip just to hear a siren go off but it’s well worth it,” Nieskes says.

“It’s a great way to spend a Saturday morning—go to a siren test, then grab a bite to eat for lunch and then head home,” Noie says. “Of course, if the siren we go to doesn’t go off, we report it to the city.”

And some have sirens of their very own, usually purchased from second-hand dealers or from fellow enthusiasts.

“Recording sirens was fun for me, but the real fun came to obtaining a siren,” Thomas says, though it’s for reasons you might not expect. “The countless emails, calls, ‘red-tape’ to go through to obtain a siren seemed fun. The process might drive others mad, but I like dealing with city officials.”

Once Thomas gets his hands on a siren, he’ll “tear them down to every last nut and bolt,” restoring them and then selling them off to other enthusiasts, except for a few he keeps in storage.

Most of the enthusiasts say their friends and family don’t quite share their love of sirens, though many were supportive of their hobby—especially the parents who chauffeured the enthusiasts not yet old enough to drive around to see and film sirens. Still, they’re glad to have an online home for their hobby and a place to meet others with the same passion.

“Finally finding others who shared in the same interests as mine was revolutionary for me, and it is still such an amazing thing to be able to do today,” Bricking says. “Connecting with these people gave me more confidence in my hobby, and not being shy about how unique or different it is. I say that as long as you enjoy your hobby, it shouldn’t matter what others think of it.”

“Yes, I really do record this stuff,” 19-year-old Kansan Jacob Green says he tells his friends. “Yes, I know a lot about sirens. Yes, I know that the knowledge is somewhat useless. And yes, I love it.”