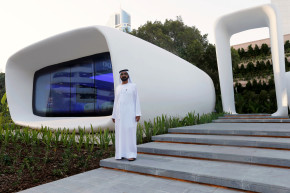 This Grocery Drives Itself To Your Door
By Ruby Nitzberg
DUBAI

This 3D-Printed Office Was Built In 17 Days 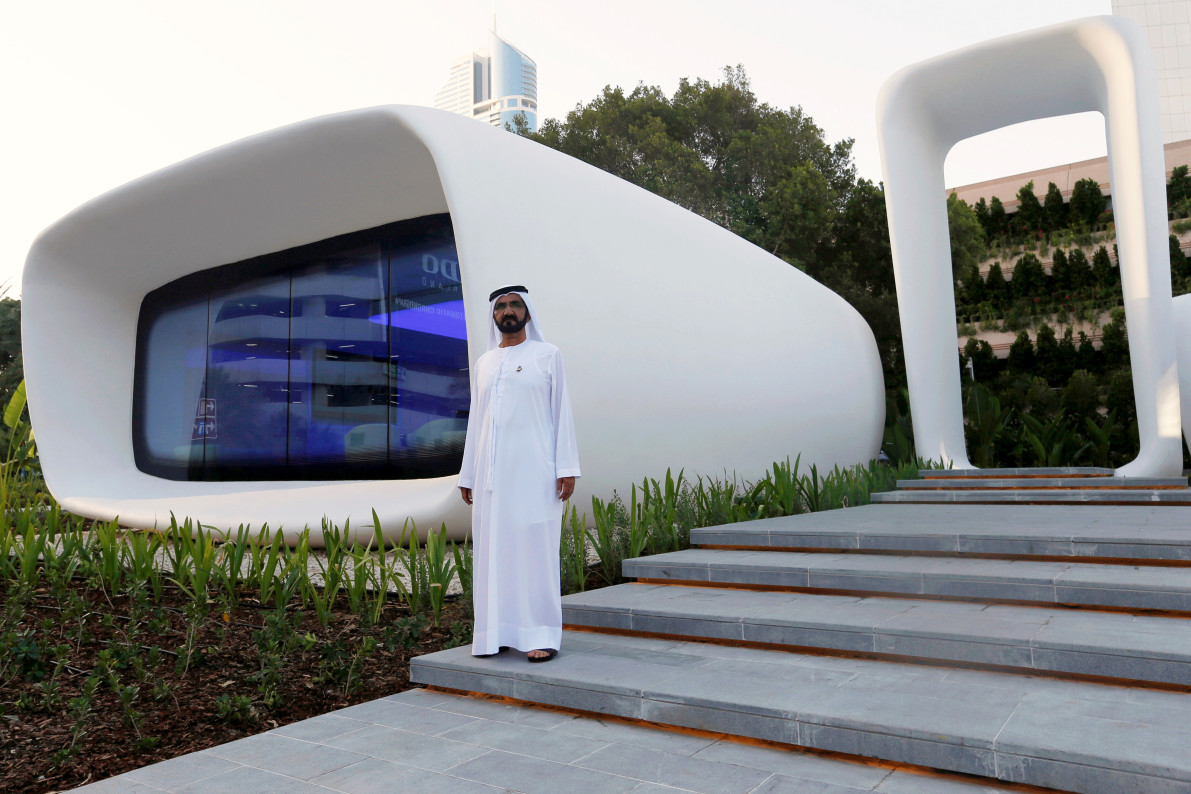 Dubai just opened a 3D-printed office building that was built in less than three weeks. To be exact: in 17 days.

Dubai says it’s the first functioning 3D-printed office building in the world, and it cost around $140,000, Reuters reported. It was built using an industrial 3-D printer that measures 120 feet tall and 40 feet wide and has a robotic arm.

More If The UAE Builds A Mountain Will It Actually Bring More Rain?

Emirates 24/7, part of the UAE’s state media wing, reported that the building used 3-D printing technology to offer services in the building like electricity, water, air-conditioning, and a phone line. It also reported the “latest technology” had been used “in the management of information systems” within the building, although it didn’t offer details.

The printer used a mixture of cement and building material designed and made in the UAE and the U.S. to construct the building, Emirates 24/7 reported. Builders decided on an “arc” shape to provide stability, it said.

The 3-D printer did not, however, work alone. One person monitored the printer during the building process, another seven people were on hand “to install building components,” while 10 electricians and other specialists installed other features.

Workers also used mobile printers during building. After the components were printed, the office was built on site in two days. Despite the human intervention required during the process, Emirates 24/7 reported labor costs had been cut by over 50 percent.

The UAE’s vice president and prime minister opened the new building, located near the Dubai International Financial Center. It will become the temporary home of the Dubai Future Foundation, an independent body aimed at investing in future innovation that launched earlier this year.