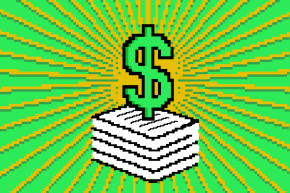 Online marketplaces for essays are plentiful, but don't expect to get a good grade 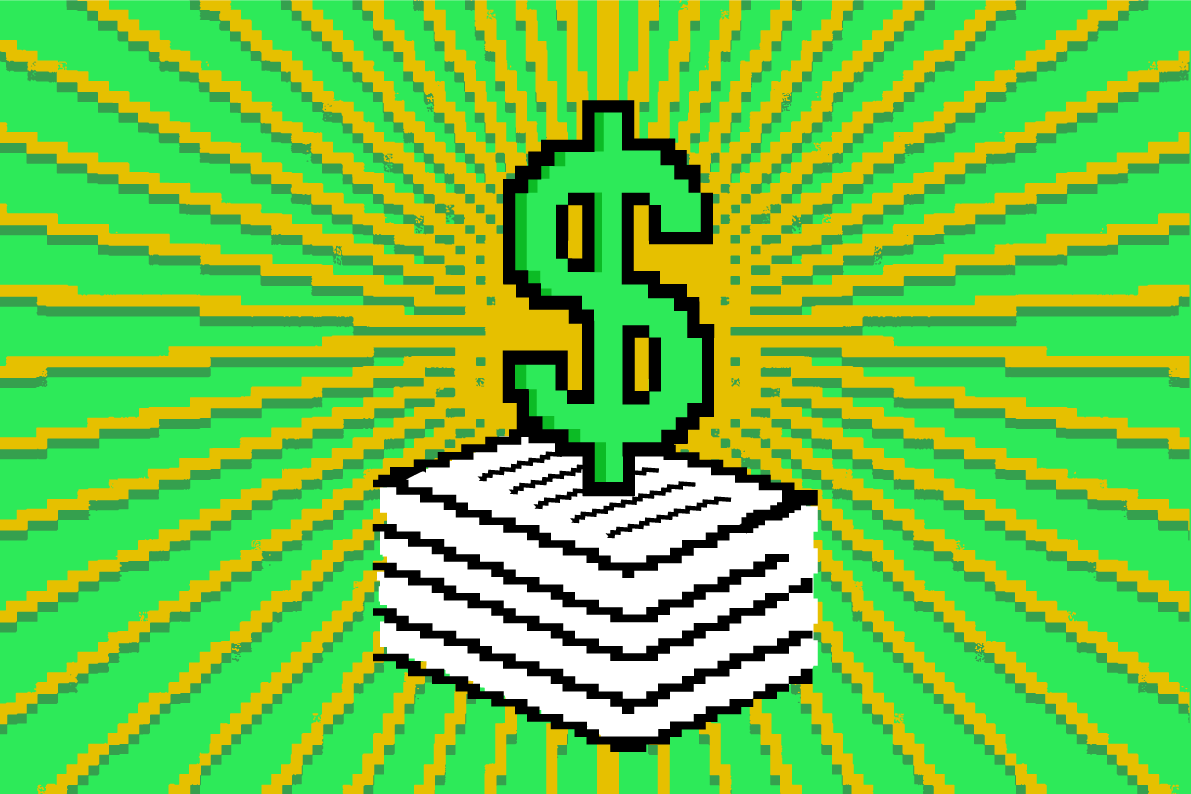 There are online services for everything. Don’t want to drive? Get an Uber. Don’t want to go to the grocery store? Put in an order with Instacart. Don’t want to write that English Lit paper that’s been hanging over your head? Buy one online.

There is no shortage of sources for paper writing services. Search Google for something simple, like “buy term paper” or “buy academic paper online,” and you end up with dozens of paper writing factories to choose from. There’s PayForEssay.net, BuyEssayOnline.org, JustBuyEssay.com…one coming after the other on seemingly never-ending line. These online paper writing mills offer a full range of services, from the lit paper all the up, apparently, to a dissertation.

Is it cheating to pay someone to write a paper for you? Yes. Is there a real risk of getting caught? Maybe. From an extensive Reddit thread discussing this very topic, one professor writes:

I catch my students plagiarizing sometimes, but once in a while I get papers from them that are clearly not written by them. They’re good papers, not necessarily suspiciously well written (I’m guessing these people make sure it’s credible that an undergrad wrote them), but the voice just doesn’t match previous assignments. And as far as I know, there’s little I can do about it… it’s not plagiarism and I have no way to prove anything. (Plus there’s always a chance a student just finally put some work into a paper after being afraid they’ll fail). I’ve brought it up with my department, and they say there’s nothing I can do. University regulations prevent me from accusing students of plagiarism/fraud without hard evidence, so all I can do is have a “talk” with them.

As a high school teacher who teaches a very difficult curriculum (IB English A), I would just like to warn students who use these services. I have caught two people in the last few years using these services. Yes, they essays they submitted are ‘plagiarism free’, but there are obvious red flags. In any writing intensive class, you are going to do a mix of in-class and take home work. Your teacher—if s/he is paying attention—will recognize your style and ability. Getting an essay in different voice is a big red flag.

Curious about the inner workings of this cottage industry, I bought a paper of my own using the site PayForEssay.net. I requested the least-expensive paper you can order—a one-page, high school-level paper on the importance of supporting characters in Romeo and Juliet. It’s not the worst essay I’ve ever read. The paper reads like I’ve never read the play, and just threw a few paragraphs together the night before it based off SparkNotes and Google searches. If I were the teacher, I would have given it a C, maybe a C-.

Most of the sites I explored have an order form like the one below, which lets you specify all kinds of parameters: the number of pages, what kind of spacing, what kind of format you want, whether you want it in MLA format, and when you want the paper. You can specify that you want a “top writer” as opposed to a “high quality writer.” But I did not select a top writer, because that would have cost me $10 more, and assuming I’m in the ninth grade, I don’t have those kinds of funds.

The whole thing cost $29.71, paid to a company called WRITEPERFECT LTD. For a point of comparison, if I had ordered the same paper from EssayAgents.com with a six-hour turnaround, it would have been $32.01.On a Reddit AMA, a professional essay writer claims his going rate is between $20 and $30 per page. However, his operation, PrincetonEssays.org, is a smaller operation than the paper writing factories so common online. For an eight-hour turnaround, I would have had to pay CustomWritings.com $50.

Once I placed the order, someone named Lloyd called me. Now Lloyd said he was a customer service rep. And though he was extremely polite and wanted to make sure he knew exactly what I wanted from my paper on Romeo And Juliet, it was also clear that English was not Lloyd’s first language. He said I should have my assignment in three hours. When I tried to get some answers out of him, he deflected, saying he would “not give out personal information.”

Lloyd, however, would not be the one writing my paper. The paper writer assigned to me would be an anonymous wordsmith. After I got off the phone with Lloyd, I was emailed a login for to a portal on the site, where I would be able to upload necessary files like rubrics or reference materials, and see my paper once it was complete. The paper was done on time, in just under three hours after the order went through. If I had to guess, the writer probably didn’t take the time to read Shakespeare’s famous tragedy, but rather, indulged the services of Google. See for yourself.

The paper probably would have served its purpose in the real world. But it’s not always clear the pay-off is there.

That was the case for Margaret Hulsey, who believes a paper she attempted to buy was outsourced to a non-native speaker. “On principle, I never, ever do stuff like this,” she says, adding that she’s “one of those high-achieving nerds who thinks writing papers is fun.” During Hulsey’s freshman year at the University of Missouri, she was going through a particularly tough time, and had to resort to one of these sites to help her with a 10-page philosophy paper.

Hulsey says that she couldn’t remember the name of the site—she’s a junior now—but it was one she found it through a Google search. “I was assigned a ‘writer’ who I IM’ed with in a pop-up window like Facebook Messenger,” she explains. “I could upload relevant documents and give him/her background information. Then, I was supposedly able to ‘watch them write.’ It was at least $10 per page.”

She said she gave the writer every piece of relevant information necessary. The results? Not so great.

“I waited for two days for any change on the document where the ‘writer’ was ‘writing.’ All of a sudden, there were eight pages, but they were all unintelligible garbage. I genuinely mean it when I say half of the sentences were incomplete with no substance or even hint of sense.”

Unsurprisingly, sites like the one Hulsey used were unwilling to discuss the paper-writing industry candidly. They all advertise support via toll-free numbers and chat windows, but if you’re not a paying customer (or you’re a journalist), good luck. I reached out to 10 of them, and not one responded. However, one boutique paper writer was willing to talk candidly.

Greg Prescott, who runs the Buy Research Papers subreddit, as well as his own service called Prescott Papers, says that some of the competition is a straight up scam. “All of those companies almost certainly outsource to countries like Bangladesh, India, and the Philippines,” where he says the labor is very inexpensive. Prescott says his dealings are a little bit higher quality than the run of the mill services.

Prescott tells Vocativ that his buyers tend to be “ESL students, often immigrants, who struggle with U.S. education systems that are ineffective at teaching foreign language students,” as well as “professionals who are seeking promotions or pay raises.” Wealthy students are less common clients, but Prescott says his clientele is diverse overall.

“Our clients are mostly undergraduate students. Graduate students (such as the online MBA students discussed above) are the second most common. PhD students are uncommon,” he says. “High school students are also uncommon, likely because they generally have little money. Notably, we previously helped a repeat client who played HS football in Houston, Texas. It seemed that a coach or parent was funding us to complete the academic requirements that he’d need to get into a college to play football.”

Shady internet outfits are not the only way either. There’s also the tried and true Craigslist route. Pick any college town, and you’ll find pages upon pages of advertisements offering paper writing services. Some are just students looking to make some cash. Others are harder to pin down. I reached out to 16 such ads in U.S. cities including Boulder, Tuscaloosa, and Lincoln, Nebraska. It’s a whole self-sustaining industry, but it’s hard to say how big it is. Other than Prescott, who is pretty candid about what his services are, there were few people willing to discuss the machinations of the paper-writing industry.

Austin Hughes, whose ad appeared in the Austin Craigslist, was the one Craigslist paper writer who got back to me. He says his rates vary, and that he frequently turns down projects because they’re outside of his wheelhouse. “I’ve been asked to do everything from one-hundred word online discussion questions to thirty-five page doctoral research projects,” he said. “I turn down most projects either because I don’t have the time or because the client has unrealistic expectations.”

Naturally, those online paper mills frequently reach out to Hughes via his Craigslist post in order to recruit him to “join their team of writers.”

But all in all, the fact that these services exist isn’t as surprising as the matter-of-fact attitude towards them—especially from the teachers. But then again, if you’re like Hulsey, who paid for a paper that was completely unusable and ended up having to eke something out on her own, they’re probably better left alone. (For the record, she got a B.)