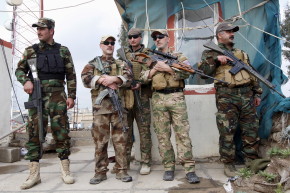 Volunteer Anti-ISIS Fighters Join Up On Facebook
By Adi Cohen

Groups like "Lions of Rojava" accept foreigners who come join the fight, but they're not always happy with who shows up 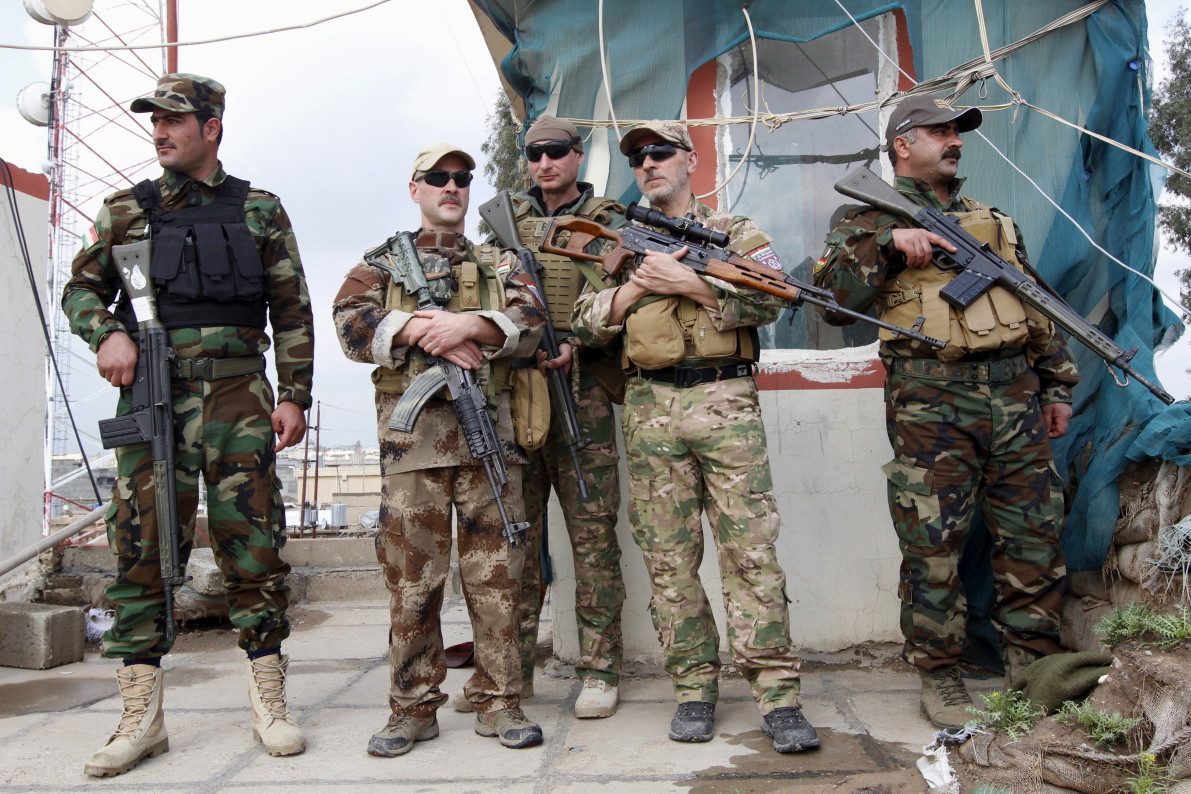 Volunteers from different nationalities join in the fight against ISIS — (REUTERS)
By Adi Cohen
Jun 02, 2016 at 12:51 PM ET

The barbaric terrorism of ISIS is inspiring people from across the world to go and join the fight against terror—and connecting with anti-ISIS fighters is easier than ever.

Every day, would-be warriors flood Facebook pages looking for a chance to join the ranks of Kurdish forces, who are defending their territory against the terror group, both in northern Iraq and Syria. The prospective recruits include military veterans of the Iraq and Afghanistan wars, adventurers, do-gooders and others who see the battle as a mission to save civilization.

Just as the Islamic State has boosted its numbers with thousands of foreign fighters streaming through unchecked borders to fill its ranks over the past two years, dozens others have moved to carry arms against it. Mostly Westerners, the anti-ISIS volunteers appear to be motivated by events occurring in their own home countries. Vocativ found that many of the recruiting Facebook pages experienced an uptick in activity after the Paris attacks last year, a hint at what is influencing this phenomenon.

But the outside world has little bearing on the Kurdish fighters and their mission. Many Kurds blame the media frenzy over terrorist attacks in Europe for misrepresenting why the Kurds are in this fight. For the Kurdish people, both in Iraq and Syria, the fight is first for independence and Kurdish rights. ISIS comes second.

This difference was explained by the administrators of the “Lions Of Rojava” website, an organization that until recently was taking on volunteers through its website and Facebook pages. Those interested in applying would be joining Kurdish forces fighting in Syrian territories. The group says many of the applications it receives are problematic, because of the “certain profile of person reaching out to us.”

“While we do get some activists and revolutionaries, as well as some specialists like scientists, engineers, etc., the majority are what we call ‘cowboys’,” the administrators wrote in email correspondence. The “Lions of Rojava” adhere to a very distinct left wing ideology, in the U.S. they would be considered left of progressives, a far cry from those the Kurds see trying to come to join them.

By and large, the volunteers are expected to join the fight on their own dime. The Rojava group usually helps people traveling by connecting them with a broader network in Turkey for example, who can guide them through the process of making it over the border as discreetly as possible. Lately however, recruits by the group were halted and chatter online has focused on volunteers who were detained by Kurdish government officials coming in from Syria, and a claim by the group that four of their volunteers were arrested on their way to Syria.

There are no exact numbers of how many have come. Most of the potential volunteers are men, the administrator said, from the U.S., “who haven’t even heard of Rojava or YPG (a Kurdish militant group) and have only heard about ISIS through mainstream media.” The administrator, who declined to give a name, called those volunteers cowboys who “don’t care about democracy, women or freedom. They just want to kill Islamists for nationalist or religious reasons, or just for the sake of killing.”

Other online recruiters agree. Stefan Latisevs, a British man, spent several months with IPV (International Peshmerga Volunteers), another group of foreign volunteers who support the Kurds, raising money and sending fighters into Kurdish territories in northern Iraq. He told Vocativ over Facebook: “Most of the Americans that come over are gun-ho [sic], and when something kicks off, they turn into Rambo. The Pesh, or the YPG, don’t want this, they want team players.”

“Most of the people that are doing something, and are getting around quite easily out there are usually Europeans with a military background,” he said. “I don’t know why, I think Europe [sic] are so multi-cultural with so many different ethics, that we are more acceptable to other ways of life.”

The problems don’t end with enthusiastic “Rambos” wanting to save humanity. Among the recruits are convicted criminals. One of the most infamous volunteers is British fighter Barry Hall, who was revealed to be a convicted rapist.

These revelations emphasize the importance of vetting recruits, which is problematic because Western governments and authorities refuse to be involved. At least one volunteer claimed that “someone in Interpol” helps out, but didn’t specify how.

All too often, the fight against ISIS devolves into a fight among volunteer groups—and those tensions end up playing out online, where fist fights turn into shaming campaigns and threats. Recently a group of foreign volunteers, originally dedicated to helping Kurdish forces by providing medical aid, got into an online brawl after actual fists flew on a Kurdish army base.

Other times, the fights are solely virtual, with recruiting boards serving as a place for people to complain. In November 2015, one page administrator said his organization would no longer officially recruit or send people to fight with the Kurds, saying “the groups operating in Kurdistan are run by ego-inflated, mindless people who have no interest in Kurdistan.” The post was accompanied by accusations made by members of other groups.

In spite of the infighting and frustrations exhibited by many of the foreign volunteers, the numbers of those wanting to come out to fight remain high. While some Kurdish groups are no longer accepting volunteers, others are. Many are still drawn by what they see as the ultimate mission: to battle ISIS and save humanity.