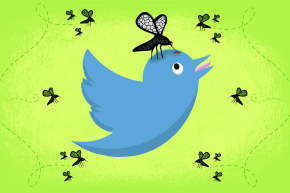 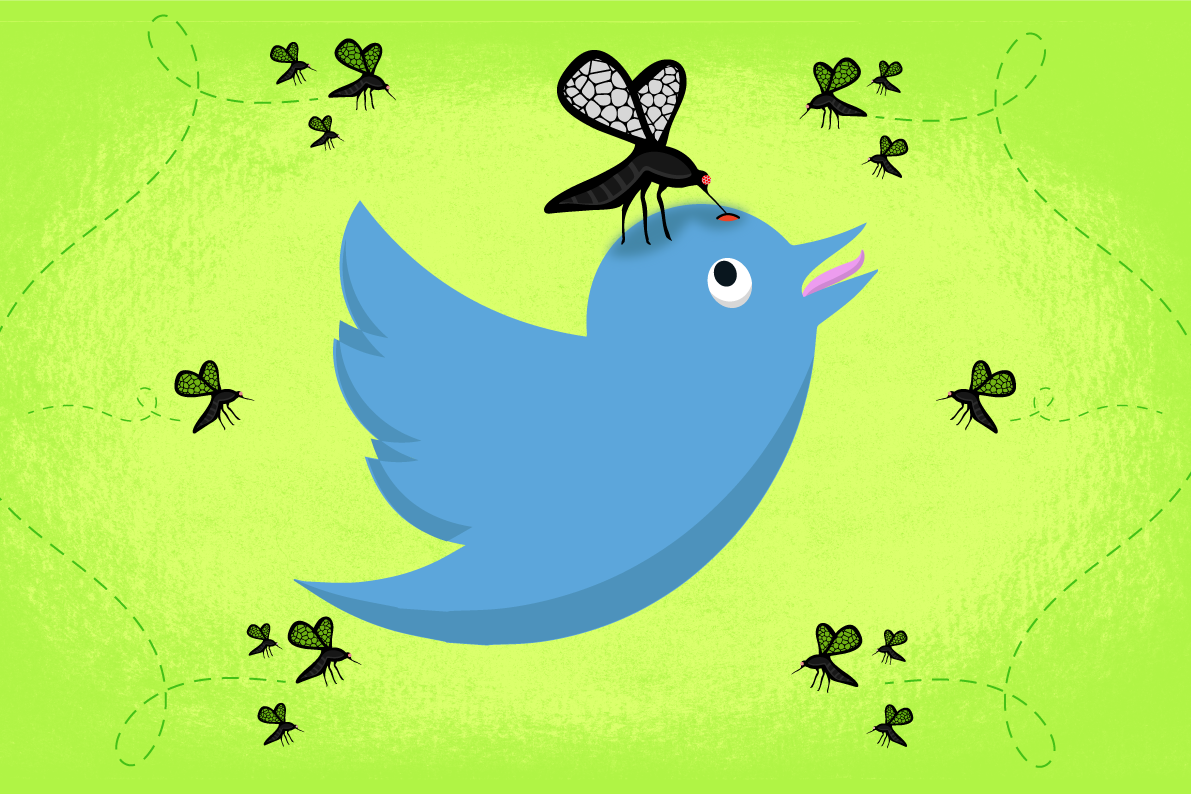 As the Zika virus continues to spread, researchers are warning about a related contagion that could put people at further risk: social media sharing of conspiracy theories. A new study published in the journal Vaccine shows that pseudoscientific claims about the virus’ origins and potential vaccines for the mosquito-borne disease have taken hold on Twitter—and they could pose a significant threat to preventing transmission in the future.

Researchers from George Washington University, Johns Hopkins University, and the University of Georgia analyzed almost 140,000 tweets from the first four months of this year that used the words “vaccine” and “Zika.” They found that increased media attention around Zika, which has been linked to the birth defect microcephaly, coincided with a surge in pseudoscientific tweets about the virus. As the paper puts it, this “suggests that people quickly subscribe to these theories, many months to years before a vaccine is even ready.” Past research has shown that social media can be instrumental in spreading conspiracy theories in general, and specifically so when it comes to the subject of vaccines.

Some say the reason for the steep increase of microcephaly cases can be due to #Zika virus, some say it's due to late MMR vaccine. #Brazil

In this case, it seems the pseudoscience is being promoted by dedicated anti-vaxxers. Researchers examined the timelines of those who had tweeted conspiracy theories about Zika and found that 85 percent had tweeted about vaccines in 2015 and at least 57 percent had specifically shared anti-vaccine messages.

So, what exactly do these Zika conspiracy theorists believe? One of the most popular theories, according to the study, is that a mosquito larvacide made by Monsanto, rather than the Zika virus, is what’s caused a rise in microcephaly in Brazil. The other leading theory is that microcephaly is the result of common vaccines for things like measles, mumps, and rubella, and that pharmaceutical companies are blaming the Zika virus so that they can create and sell a vaccine for it.

Some Brazilian doctors are saying the Zika outbreak originates from the MMR vaccine, and not mosquitoes, given in 2014.

This mistrust has dangerous implications for preventing the future spread of the disease once we do have a vaccine, which is still in the early stages of development. (And, as we learned with the Disneyland measles outbreak last year, high vaccination levels are critical to stopping the spread of a given disease.) “Even though the science is relatively clear, we found many conspiracy theories that could be affecting people’s health-related decisions, such as whether to vaccinate,” said author David Broniatowski from George Washington University, in a statement. “Unfortunately, the people most affected are from the most vulnerable communities, with little access to the facts.”