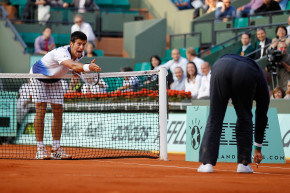 Technology Sucks, According To French Open Officials
By Joe Lemire 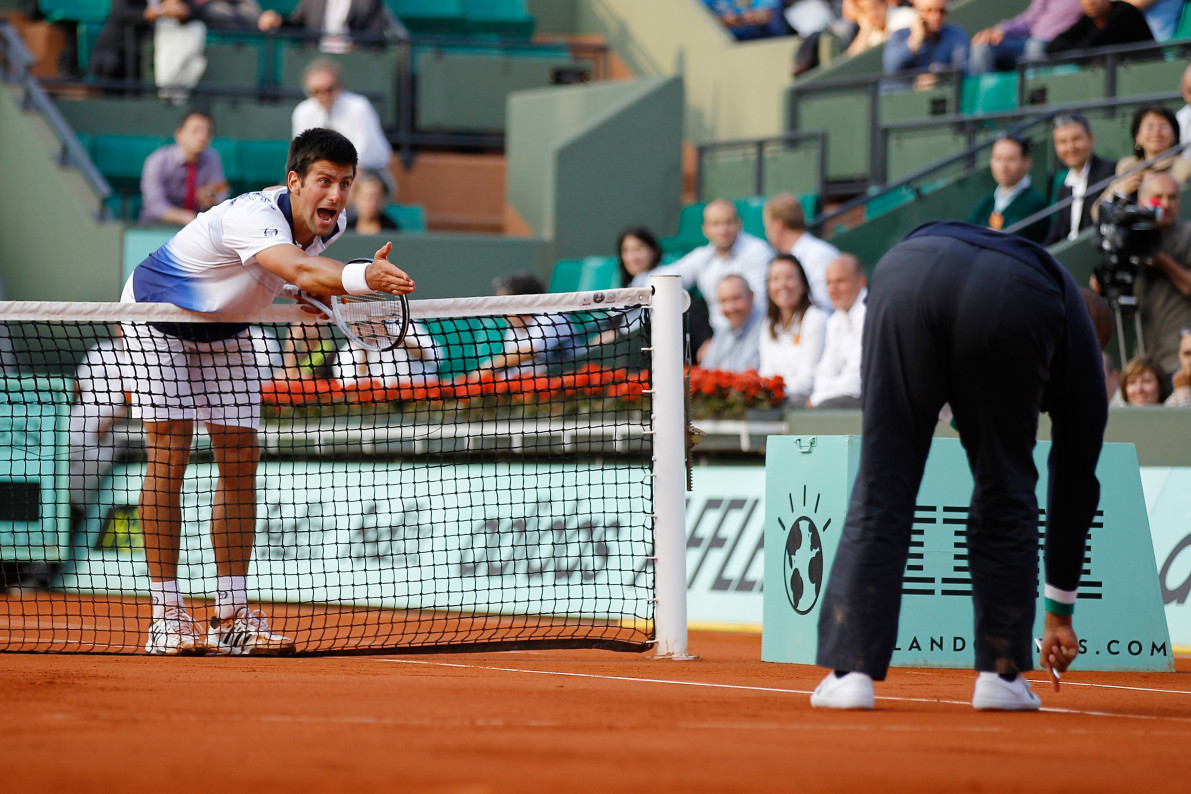 The French Open could join its Grand Slam brethren and employ a system called Hawk-Eye to discern the precise landing point of tennis balls during its tournaments, using up to 10 cameras and a sophisticated computer modeling system accurate to within 2.6 millimeters.

Or the French Open could employ a human man or woman sitting a few feet above the court to climb down a ladder, walk over to the area of interest, and point to a mark in the clay, hoping it’s the same one he or she (hopefully) saw the ball make a minute or so prior.

This year, the officials running Roland Garros host of the French Open since 1968, chose Door No. 2.

French country life with wine, baguettes, and brie has an enviable quaint charm amidst the hustle and bustle of the modern world. But transferring that lost-in-time spirit to the arena of a billion-dollar sport with millions of fans and modern technological marvels at one’s disposal is a poor idea on a good day.

As Sports Illustrated’s Alexander Wolff wrote over a decade ago, French Open players would “appeal to the umpire to descend from the chair to hunt down some mark in the clay and overrule a line call. The French Open: Not just tennis, it’s archaeology!”

Several commentators, players, and tennis executives recently spoke to the New York Times about their support for installing Hawk-Eye on clay courts. Here’s the thing: “Exactly the same system” is already installed for TV viewers, Hawk-Eye director of tennis Peter Irwin told the newspaper. It’s not yet calibrated for clay, which would require some constant reconfiguration given the inherently malleable surface, but it’s something Irwin said they already do to a lesser extent on grass like in Wimbledon.

Using Hawk-Eye might take 30 minutes between matches, Irwin warned, which can delay the tournament schedule, but that seems like a small price to pay for accuracy—especially in the biggest matches. There are so many early-round matches to get through that such a delay could be tedious on the outer courts, but the main stadium absolutely should use the system that’s, A, correct and, B, already installed.

If the Olympics can use lasers to judge gymnastics, there’s really no reason a decade-old, camera-based technology can’t be used instead of a wandering umpire to possibly determine the winner of a major sporting event.