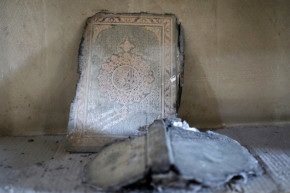 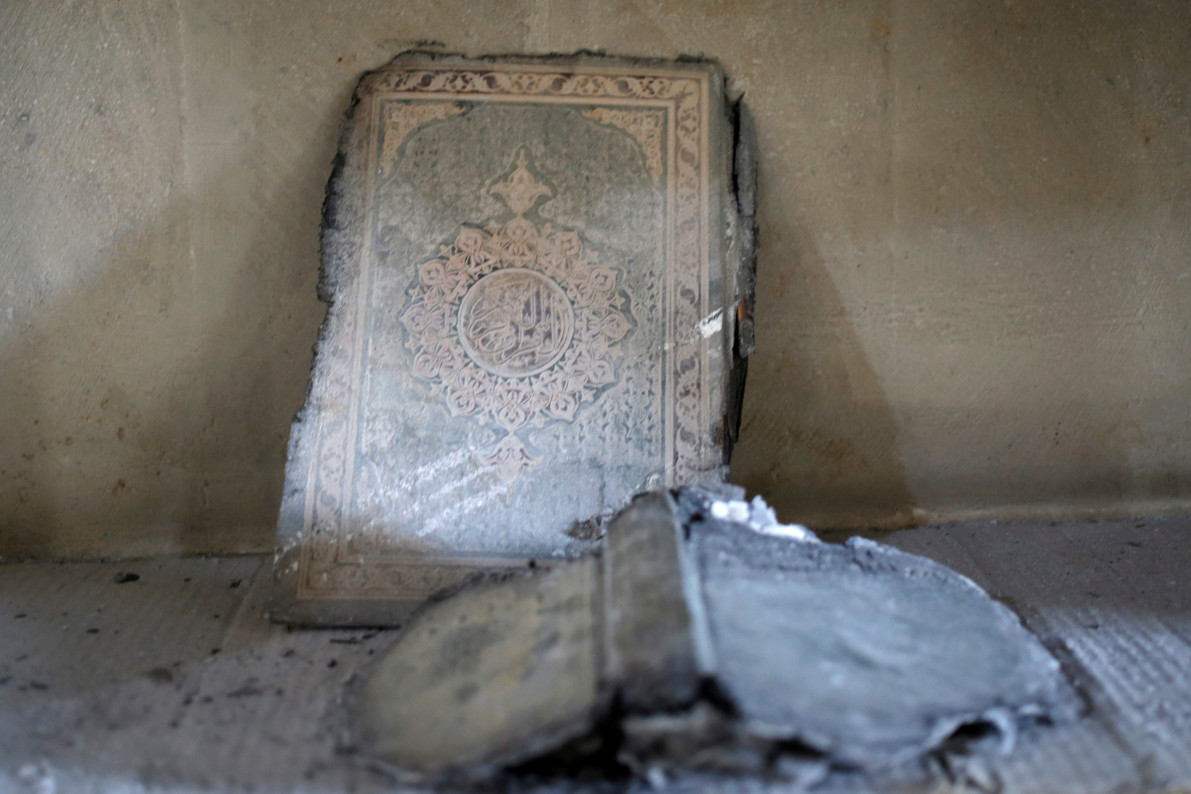 A burned copy of the Muslim holy book, the Koran, in Sinjar. — REUTERS
By Gilad Shiloach and Shane Dixon Kavanaugh
May 24, 2016 at 7:04 AM ET

Social media accounts affiliated with Iraqi government forces claim ISIS distributed a leaflet ordering its fighters in Fallujah to prepare for a decisive fight to maintain a grip on the Iraqi city. The authenticity of the document, however, could not be independently verified, and the leaflet could merely be a propaganda tool in the battle between ISIS and Iraqi government forces.

The one-page leaflet was allegedly issued by the Islamic State’s so-called Fallujah Province on May 11. It instructs militants to booby trap homes, offices, and mosques. It calls on fighters to execute their enemies. And it explains how militants should document killings and disguise themselves as Shiite fighters, according to images of the document Vocativ uncovered using our deep web technology.

More The Future Of Fallujah: If Recaptured From ISIS, Will Anything Change?

“To the Mujahideen in the Fallujah Province: The Shiite militias and the Iraqi army started gathering their forces on the outskirts of the Fallujah province,” the document reads. “You have to prepare for the decisive battle against the Shiite and put your trust in Allah.” The leaflet then outlines four instructions for ISIS militants inside Fallujah:

The motives for some of the instructions—such as dressing up as Shiite fighters—are unclear. ISIS militants may have been told to disguise themselves as Shiite fighters to either escape or carry out acts of violence while pretending to be Shiite militants.

Other directives show a clear effort to stage events that seek to undermine the image of Shiites, the Islamic State’s enemy. One directive, for example, tells ISIS militants to destroy homes and mosques, seemingly to convince local Sunni residents that Shiite militias and the Iraqi army destroyed buildings across the city.

But Aymenn Jawad Al-Tamimi, a research fellow at the Middle East Forum who has studied authentic ISIS documents, believes the document is fake. He says the Iraqi military or Shiite militias likely created it to pin the blame for any acts of destruction and war crimes that might take place during the fight for Fallujah on ISIS.

“It’s similar to the fake tweeted by Col. Steve Warren in December, albeit slightly improved,” Al-Tamimi said in a Facebook message to Vocativ on Tuesday. He said the document uses a common motif of forgeries: portraying acts of destruction as the work of militias and the Iraqi army. He also said the document is signed by an alleged ISIS official holding a military and security position, even though there is no such position. “The two are separate,” he said.

The document was shared widely on Monday among Twitter accounts affiliated with Shiite militias and the Iraqi army. One army-affiliated account posted images allegedly showing a man holding the document, and claimed Shiite fighters found it in one of ISIS headquarters.

Reports about the document came as the Iraqi army and Shiite militias, known as the Popular Mobilization Forces, launched a major military offensive on Monday to take control of Fallujah. In January 2014, the city became the first Iraqi city to fall to the Islamic State. ISIS then went on to capture broad swathes of the country, including Mosul, and later Ramadi.

The Independent reported that ISIS execution squads in Fallujah’s streets have orders to kill anyone trying to escape or surrender in the current battle.

Around 50,000 people, mostly Sunni Muslims, live in Fallujah today—down from more than 325,000 before ISIS seized it. Backed by U.S.-led airstrikes, the Iraqi army along with local forces have maintained a near-total siege on Fallujah for over a year. Humanitarian groups say the siege has caused widespread suffering among the civilian population.