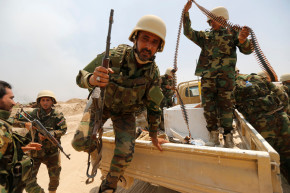 The Future Of Fallujah: If Recaptured From ISIS, Will Anything Change?
By Shane Dixon Kavanaugh

The Future Of Fallujah: If Recaptured From ISIS, Will Anything Change?

Fallujah's 50,000 residents may not fare much better in the hands of their potential liberators 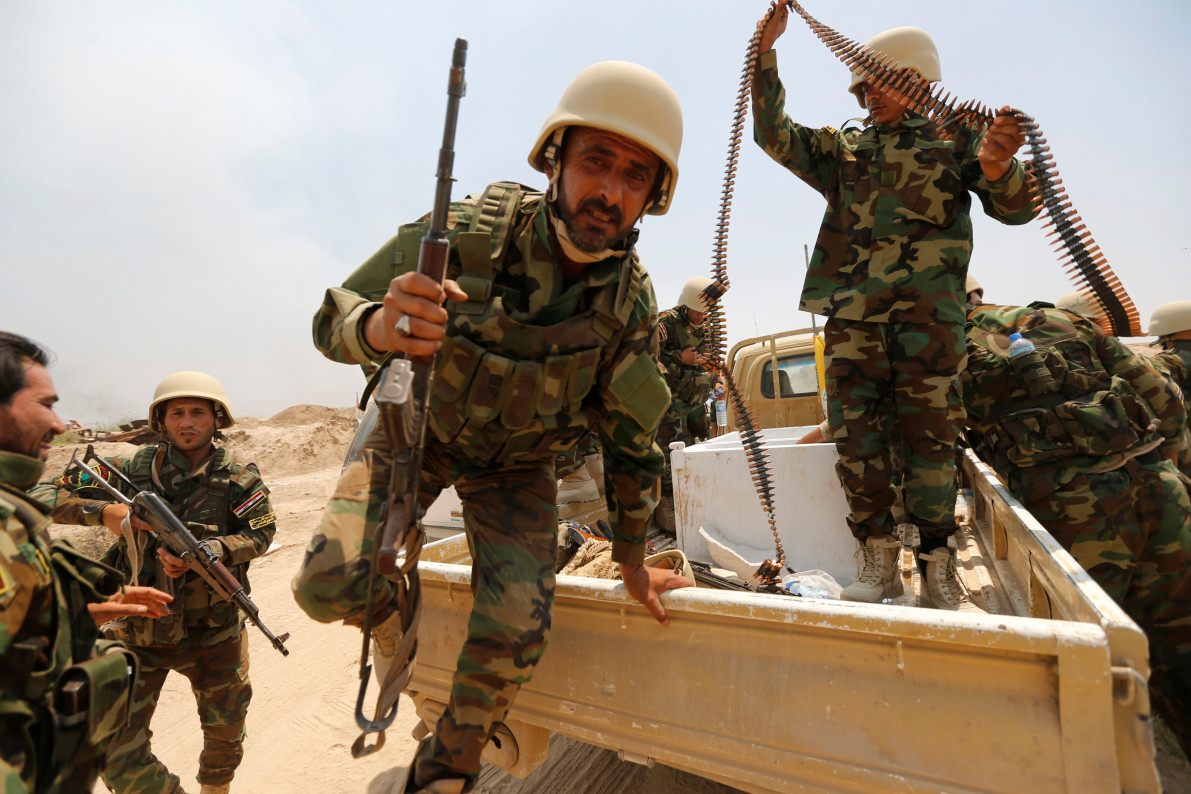 Fighters from an Iraqi Shiite militia gather near Fallujah, Iraq — REUTERS
By Shane Dixon Kavanaugh and Gilad Shiloach
May 23, 2016 at 6:02 PM ET

A fresh wave of panic gripped Iraq’s Sunni Muslim population on Monday as the country’s government forces began an expansive military offensive to recapture the western city of Fallujah from the Islamic State.

Trapped and on the brink of starvation, thousands of Fallujah residents, almost all of them Sunni, have spent the last two years living under the brutal control of the jihadist group. But they may not fare much better in the hands of their liberators. Alongside Iraq’s army and counterterrorism forces are an array of Shiite militias, many of whom view much of the Sunni population as sympathetic to ISIS—and who have committed their own fair share of atrocities throughout the country.

“Fallujah is between the Shiite Iran rock and the ISIS hard place,” wrote one Sunni observer on Monday.

Home to what was considered the bloodiest battle of the U.S. war in Iraq, Fallujah has long been a hotbed of Sunni jihadism. It was a mainstay for al-Qaeda militants shortly after the U.S. military-led invasion and U.S. troops fought lengthy battles there before insurgents were finally subdued in the Sunni Awakening in 2006.

In January 2014, it became the first Iraqi city to fall to the Islamic State, which then went on to capture broad swathes of the country, including Mosul and later Ramadi. Around 50,000 people live there today, down from a high of more than 325,000.

Backed by U.S.-led airstrikes, the Iraqi army, along with local fighting forces, have maintained a near-total siege on Fallujah for more than a year, which humanitarian groups claim has caused widespread suffering among the civilian population.

As buildup for the military offensive began on Friday, images of heavily armed Shiite militias, known as Popular Mobilization Forces, began to flood social media. One video purports to show a Hezbollah convoy carrying rockets and heavy artillery arriving outside the city, which is about 40 miles west of Baghdad.

While Iraqi military commanders have said the militias will remain on the outskirts of Fallujah, many of those watching remain terrified.

“Fallujah will be closed upon under the pretext of ISIS,” said one observer. “But it’s to kill Sunnis and exterminate them.”

These fears are not unfounded. International monitoring groups have in the past accused Shiite militia members of killing and terrorizing Sunni residents who have lived in ISIS-controlled territory as retaliation for attacks waged by the jihadist group. They have also demolished Sunni homes, stores and mosques and detained and kidnapped Sunni residents, according to a report issued by Human Rights Watch.

A Facebook group called “Fallujah Is Being Killed By Starvation” has already started sharing photos of destroyed mosques and injured children inside the city, which it claims is the result of Shiite artillery.

When the battle for Ramadi occurred last year, the Shiite militias were made to stay beyond the city’s borders and were not included in the stabilization forces that followed.