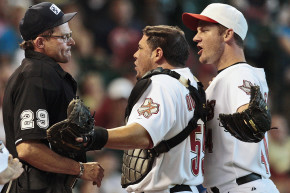 Why Baseball’s Strike Zone Is Changing
By Joe Lemire

Why Baseball’s Strike Zone Is Changing 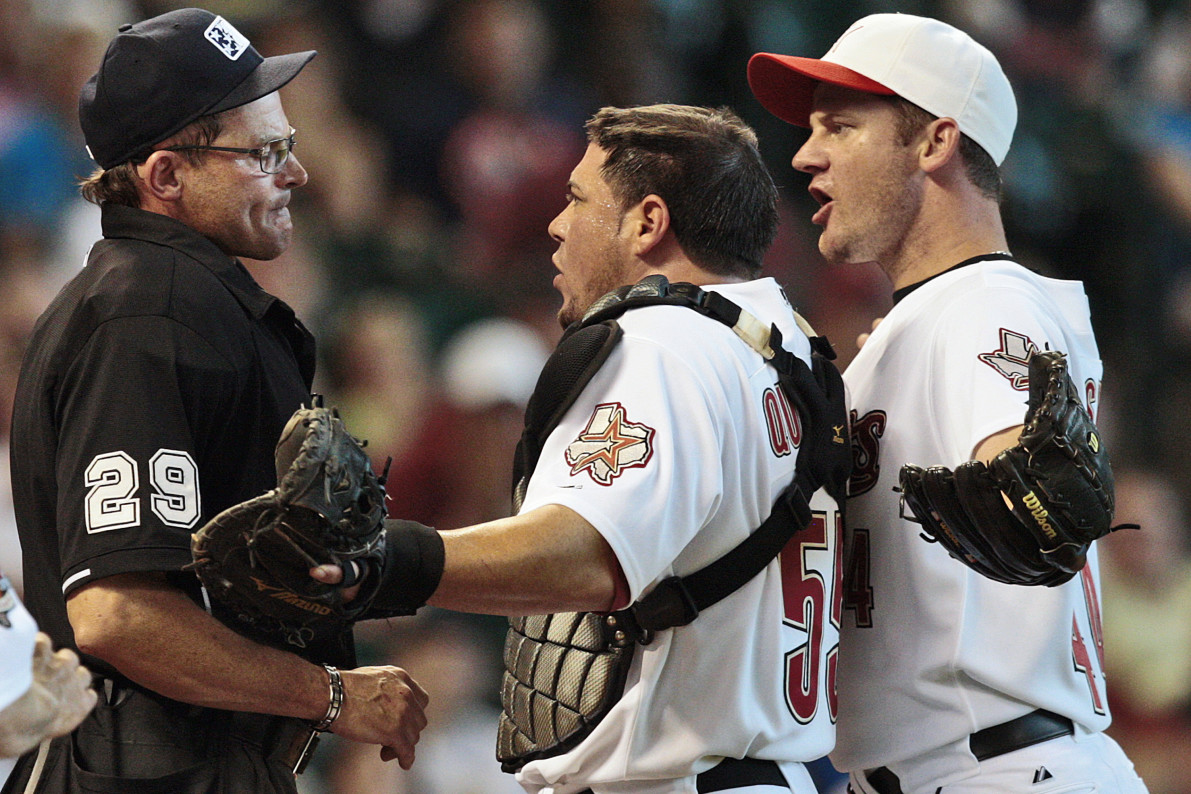 Amidst all the half-sarcastic, sometimes-serious calls for robot umpires in baseball, the reality is this: Computers have already irrevocably changed the strike zone, which has, in turn, contributed to baseball’s serious decline in scoring.

That has prompted Major League Baseball’s Competition Committee to agree to raise the strike zone from the hollow beneath a hitter’s kneecap (as it has been defined since 1996) to the top of the knee in a change that could be implemented next year, as reported by ESPN.com. This is to counteract the scoring decline that has seen runs decrease every year from 2006 until 2015, when a home-run binge reversed the trend slightly, although other offensive measures remain bleak. Hits, for instance, are at their lowest per-game rate since 1972.

How we got to this point is a confluence of computerized strike-zone evaluations and progressive, analytically-inclined front offices that conspired to attack the lower regions of the strike zone. MLB installed QuesTec cameras in about a third of big league ballparks in 2001 in order to standardize umpires’ increasingly personalized interpretations of the strike zone. Many questioned how effective that system was, however, with 47 of 68 umpires at one point expressing no confidence in the system; their union even filed a grievance. Former pitcher Curt Schilling—who is not shy about voicing his opinions—infamously destroyed a QuesTec camera in 2003 due to his frustration with the system.

MLB replaced QuesTec in 2009 with the cleverly named Zone Evaluation system, which expanded to all 30 parks and is powered by SportVision’s Pitch F/X system. (Fans can see a version of this almost in real-time by using MLB.com’s Gameday tracker.) The league has touted that umps called 95 percent of strikes correctly using this system but, notably, there’s a two-inch margin for error built in around the zone given the nature of the human element. As such, a pitch two inches below the hollow of the kneecap can be called a strike, and the Zone Evaluation system would credit the umpire with the correct call.

That has led to an expansion of the strike zone that the Hardball Times deemed “out of control.” No one has documented the growth of the strike zone better than THT’s Jon Roegele, whose invaluable research has shown that the zone grew 43 square-inches from 2009 until 2015—a 9.9 percent increase—with essentially every bit of that annexation occurring below a height of 21 inches. Strikeout rates have soared and walk rates have declined during this time. Several estimates, including one by the late Grantland, attributed 30 percent of offense’s decline to the expanding strike zone.

This trend did not go unnoticed or unexploited by analytics-happy front offices. A strike at the knees has always been a critical pitch—longtime pitching coach Rick Peterson loved citing the stat that hitters batted only .220 on strikes at the bottom of the zone, and in drills he’d tie a string across the plate at that height to help pitchers visualize that target. Low pitches are harder to hit, especially for power, and tend to create groundballs, which are a pitcher’s dream. Grounders can’t be home runs; won’t be extra-base hits unless they’re hit right down the foul line; can become double plays; and are being fielded at a better rate thanks to aggressive infield shifting.

Similarly, the St. Louis Cardinals organized their entire pitching staff around the principle of attacking the bottom of the strike zone, particularly with hard sinkers, making them the annual leaders in inducing ground balls—until the data-obsessed Pittsburgh Pirates came along that is. They targeted sinker-throwing pitchers and encouraged increased use of the pitch until they started setting ground-ball records.

While strikeouts are sexy and draw all the attention, few noticed another change in the game: ground ball rates have been at record highs, too. The Zone Evaluation system was implemented in 2009, and clubs caught on to the lowering strike zone. The past seven seasons, 2010 through 2016, have had the highest rate of grounders on record; that’s according to STATS, LLC batted-ball data that dates back to 1988.

This, apparently, is the tipping point. Teams and pitchers will still target the bottom of the strike zone and, with that two-inch buffer, they’ll still get a number of kneecap strike calls. But this may keep pitches above the shins and balls in play off the ground.