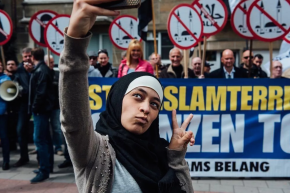 A young Muslim woman, Zakia Belkhiri, whose protest went viral, appears to have a history of anti-Semitism 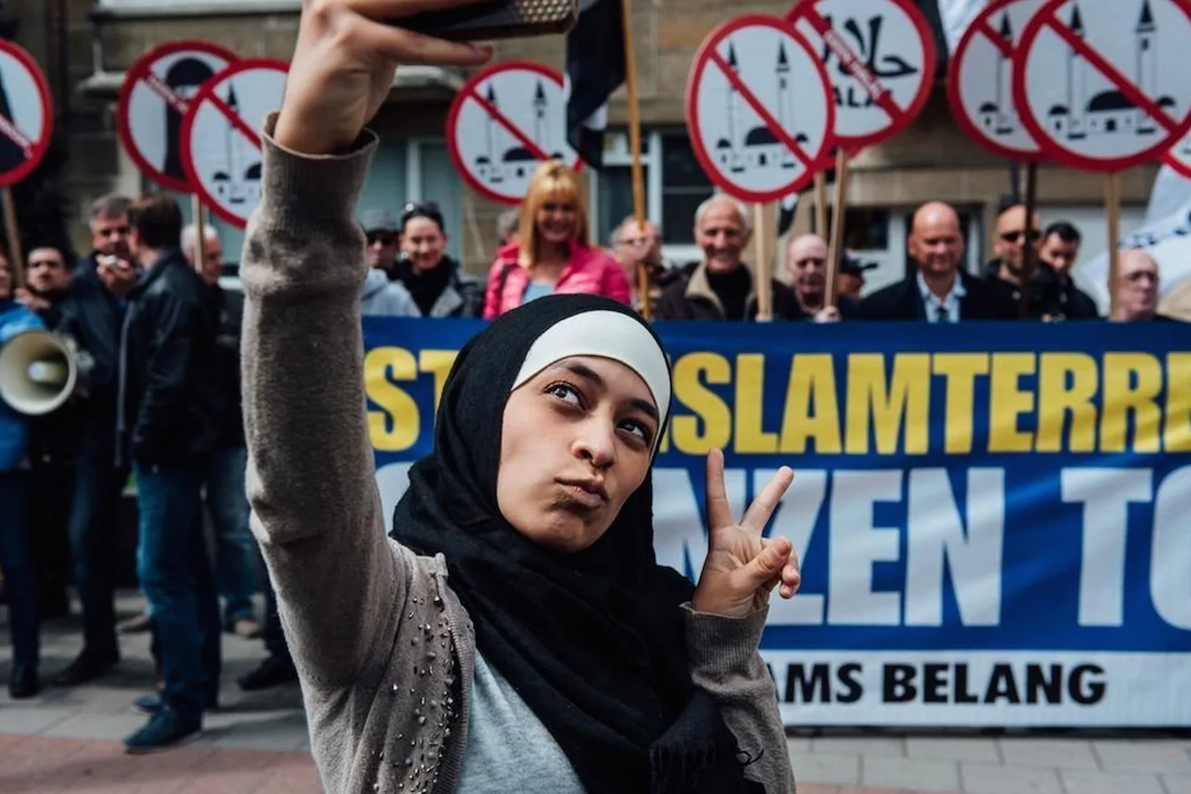 She went from hero to hate-monger in just one tweet.

A young Muslim woman whose audacious selfies in front of anti-Islamic protestors earned her global acclaim is now under fire for a series of anti-Semitic remarks she allegedly made in the past.

Zakia Belkhiri repeatedly expressed contempt for Jewish people and their culture in a series of expletive-filled social media posts that emerged after the 22-year-old made the internet swoon when she flashed a peace sign and posed for pictures alongside members of Vlaams Belang, a far-right Belgian political party that was protesting a Muslim event in Antwerp last week. Wearing a headscarf and casting some serious side-eye, Belkhiri captured hearts and headlines around the globe, and generated effusive praise among millennial-focused websites and their reporters.

“Hero of the day,” declared Mic in a headline retweeted hundreds of times. BuzzFeed News reporter Alicia Melville-Smith called Belkhiri an “inspiration,” while Vox referred to her action as “brilliant.” The images soon went viral.

“This wasn’t a protest at all, this was just to share joy and peace,” Belkhiri later told the BBC, adding that she wanted “to show that things can be different. And that we can live together, not next to each other but with each other.”

Her remarks struck a decidedly different tone than some of the anti-Semitic views she had publicly expressed in the past. “Hitler didn’t kill all the Jews, he left some. So we know why he was killing them. #fuckrs” Belkhiri wrote in one tweet in 2012. An Ask.fm account linked to Belkhiri responded: “Fuck that Jewish language,” in response to a question about whether she wished to learn Hebrew.

In March 2014 Facebook post, Belkhiri also used an expletive to describe Jews before adding: “I hate them so much.”

Belkhiri responded by reportedly deleting all of her social media profiles. Later, she claimed that the anti-Semitic social media posts had been photoshopped. She then published a statement on Twitter apologizing to the Jewish community and said she had made those comments years ago. “I am not an anti-Semite,” she wrote. “Even if it seems so because I haven’t thought of deleting my angry comments from when I was younger and ignorant.”