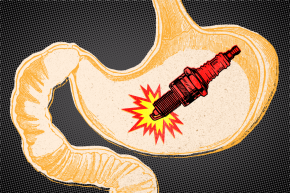 An Edible Medical Device Made Of Gatorade & Cheese
By Joshua A. Krisch

An Edible Medical Device Made Of Gatorade & Cheese

Doctors have us swallowing a lot of electrical appliances. But what if they could be recharged in our bodies? Meet edible electricity 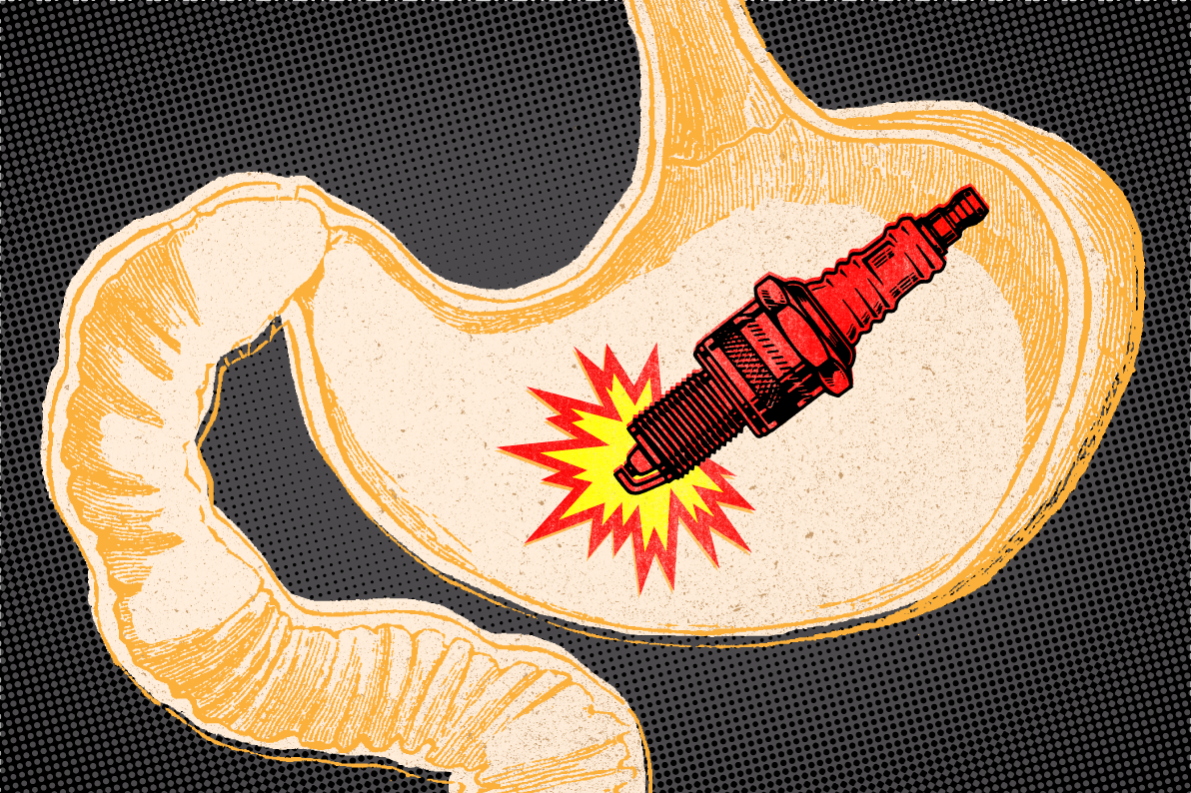 For decades, physicians have been trying to put cutting-edge medical technology into our bodies to help with diagnosis and treatment of disease. They’ve produced everything from deep brain stimulators to electronic aspirin, but most of these devices still have a few predictable problems—they often require complex, repeated surgeries, for example.

But what if there was a medical device that you could just eat?

Now, a new study in the journal Advanced Materials Technologies describes a medical device effective enough to kill E. coli in a petri dish, resilient enough to survive the human digestive tract, and powerful enough to charge a commercial camera—and it’s made from nothing more than activated charcoal, an energy drink, some seaweed, and cheese.

“We know it’s possible to make devices from food,” coauthor Hanqing Jiang, engineer at Arizona State University, said in a press statement. “The main application is to pass through a digestive tract, doing whatever a GI doctor needs.”

For the study, Jiang and colleagues were effectively trying to create an edible supercapacitor. Unlike batteries, which store electrical energy in the form of chemical energy, a capacitor stores energy as an electrostatic field between its two plates separated by an insulating material. Capacitors weigh less than batteries and are always rechargeable, and a supercapacitor is a type of capacitor which is able to store a far greater amount of energy by combining the energy-storing attributes of both batteries and capacitors.

Generally speaking, the two plates of a supercapacitor are separated by an electrolyte, and each end is comprised of a segregation layer, a current collector, an electrode, and a separator, usually made from clever mixtures of carbon, electrolytes and glass or ceramic fibers. But Jiang and his team wondered—how difficult could it possibly be to find edible substitutes for each of those components? The researchers resolved to try packaging the capacitor in gelatin, and then pour in some Gatorade for their electrolyte. They also determined that activated charcoal (an edible, if not appetizing, supplement) would make a decent electrode, that seaweed could work as a separator and that gold leaf, often used in cake decorating, would be a worthy substitute for the inert metal needed for current collectors. As for the segregation layer, Jiang and his team threw some cheese into the mix. Here’s a diagram from the study:

“The material possibilities of edible supercapacitors are immense due to the vast number of available food products,” the authors write. For instance, Jiang and colleagues write that they could have substituted any gummy candy for their gelatin packaging, and that BBQ sauce, V8 Vegetable Drinks, and Monster Energy Drinks would probably all have worked as electrolytes.

The researchers then set out to test their delectable supercapacitor. First, they demonstrated that the capacitor could store and release enough energy to zap some E. Coli in a petri dish. That wasn’t terribly exciting, because thousands of studies have already noted that electricity can kill bacteria, but it served to test the device in a pseudo-medical setting. Then, one of the intrepid researchers chewed off a bit of capacitor and demonstrated that, even from within his stomach, it was capable of producing enough energy to power a small commercial camera outside of his body.

More Can a Prosthetic Brain Implant Improve Your Memory?

Obviously, the device will require significantly more testing and research before it is ready for any sort of medical applications. In fact, Jiang and his team have already had to tackle at least one unexpected obstacle—gaining budget approval for food purchases in a science lab. “The funny thing is when we got all the materials in, I had a hard time getting reimbursed,” he said in a press statement. “It was all food.”

Meanwhile, Jiang is discussing next steps with the Mayo Clinic and working on programming a 3D printer to produce his supercapacitors sandwiches en masse. He’s also calling on food scientists and engineers to join forces to create more innovative edible devices, such as circuits.

“The edible supercapacitor presented in this Communication is the first one that is truly edible and digestible as all components are either food supplement, additive, or explicit food,” the authors write. “In order to develop fully edible and digestible electronics, integration of edible energy source and other edible functional devices (e.g., circuits) is indispensable and necessitates further research studies.”