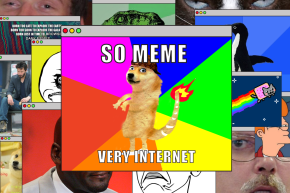 How The Internet Reached Peak Meme
By Brian Patrick Byrne

How The Internet Reached Peak Meme

Welcome to the Dank Ages 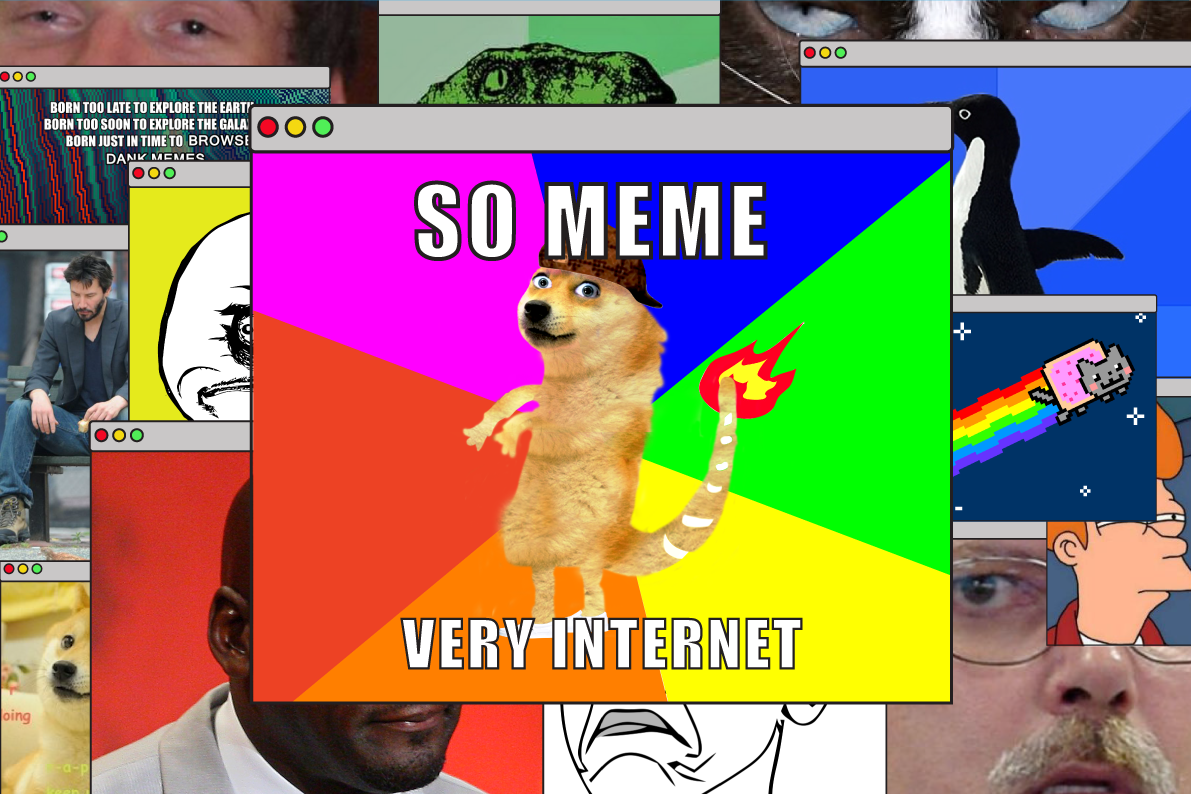 2016 feels like it’s already been a rich year for memes: we kicked things off with the delightfully weird “Don’t talk to me or my son ever again” and then transitioned into the great (and perhaps truly timeless) unicycling Dat Boi frog. But, in sad truth, the internet’s best meme years might already be behind it.

Vocativ analyzed the index of memes on KnowYourMeme.com, the internet’s most comprehensive archive of meme genesis, to find the year of peak meme: 2011.

There were at least 317 KYM-sanctioned memes created in 2011, and that’s only including memes which can be traced back to a particular year. Some of those memes lived past lives as viral content. Other memes are the bastard children of the internet’s collective ability to tear things apart and put them back together again in new and messed up ways.

Several series of memes peaked in 2011, including Rage Comics, a crudely-drawn comic book series that started with Rage Guy (you probably know him better as the “FFFFFFUUUUUUUUUU-” guy), Advice Animals, memes featuring different animals with captioned text, and the revival of “My Little Pony,” a popular children’s toy franchise and cartoon series from the 1980s that has since been reclaimed by adult male fans called—wait for it—Bronies.

Brad Kim, editor of Know Your Meme, said that year was a “major turning point for the growth of meme culture in multiple senses.” He told Vocativ in an email: “[2011] was the in-between period when memes really started making their ways offline and into mainstream pop culture and commercial domains.”

Kim added: “There was a major growth in terms of how people used memes and to what ends, which didn’t really exist before (eg. the Occupy Movement), people really started inserting themselves into the content with photo fads, invented new visual languages like the Rage Comics universe and indexed existing social codes through Advice Animals. Also, 2011 was the last year when the word ‘meme’ was technically a slang term before dictionaries picked it up the next year.”

Kim’s theory checks out: According to Google Trends, searches for the phrase “meme” really took off in 2011. One of the most beloved memes from that year was Conspiracy Keanu, a perfect example of how memes can travel so far and wide that they morph into other memes. The meme features a dopey-faced picture of actor Keanu Reeves culled from the 1989 comedy “Bill & Ted’s Excellent Adventure,” overlaid with stoner-speak conspiracy suggestions like “What if the CIA invented dinosaurs to discourage time travel?” But this meme is actually based on another meme. Richard Dawkins wasn’t kidding in his 1976 book “The Selfish Gene” when he defined a meme as a unit of human cultural evolution, a bit like genes, which are a unit of human biological evolution.

Conspiracy Keanu was spun off from the Advice Animal meme, a bunch of similar memes featuring animals, like Socially Awkward Penguin and Actual Advice Mallard. It goes deeper: Those memes, according Know Your Meme, are in fact spin-offs of Advice Dog, a meme that started on a Super Mario fan site in 2006, called The Mushroom Kingdom. The memes on that particular branch of the evolution tree continue to multiply.

Memes are often a kind of viral media which refuses to die; even when people stop “liking,” commenting on, and sharing it, and move onto the next viral thing, a potential meme merely waits, lying dormant on a server somewhere until fresh relevance breathes new life into it. The greats are taken far, far out of their original context—often inconceivably so—becoming applied to daily interactions, and used in entirely new content, to the gleeful appreciation of anyone familiar with the original viral “thing.”

Memes provide a bank of near-universal visual expression that users can be certain just about everyone else will understand, no matter where they’re browsing from.

Decline Of The Meme?

In 2012, the number of new memes almost halved, to 180, and fewer than 100 new memes were made in 2013. Last year, Know Your Meme only recorded 34 total memes, including Netflix and Chill and Deez Nuts, respectively created on Twitter and Instagram. (While Deez Nuts gained notoriety as a real-life presidential candidate, Know Your Meme states the character is based on a phrase used in an Instagram video posted in March 2015 by user WelvenDaGreat. But the phrase itself has origins in a 1992 Dr. Dre album, further proof of memes’ ability to mutate.)

Some of that drop-off was by necessity. The proliferation of meme culture meant it came under greater scrutiny, and Know Your Meme demanded that people really did know their memes before they entered the Pantheon. “As our community grew larger, so did our moderation team,” said Kim “and per popular request, we decided to delegate the confirmation process to the moderators (“the meme council”) on behalf of the community. Naturally, the bar for confirmation was raised so that only entries with sufficient information & citation would get confirmed.”

More memes from 2015 originated on 4chan than anywhere else, which is no real surprise. 4chan’s raison d’etre appears to be the proliferation of frictionless mockery, and memes are a soft weapon in their armory. The anonymous discussion board has been a leader in meme creation since it launched in 2003, which means many of the memes you know and love came from a hotbed for pedophiles and neo-nazis and a community that has tried to convince Justin Bieber fans to cut themselves, to name a few of its most famous infractions. But 4chan is also behind Rickrolling and Pedobear, so it got that goin’ for it, which is nice.

A total of 269 of the 2,500 memes in the KYM vaults stem from 4chan, according to Vocativ’s analysis of their database. YouTube takes second place overall by volume. By the end of 2015, the video platform was responsible for 246 memes, the subjects of which have often become international quasi-celebrities—whether or not they wanted to be. Star Wars Kid, the classic 2006 video of a boy spinning around a stick like it’s a lightsaber, pretty much ruined the life of Canadian Gyslain Raza. The teenager ended up dropping out of high school amid unrelenting bullying, and checked into a children’s psychiatric ward. (Though he finally seems to be doing better.) Others are simply baffled by their notoriety. It was a year before Maggie Goldenberger realised she’d become the internet’s “Ermagherd Girl”, which she bears with humility and bewilderment, but little angst.

Reddit is often responsible for pushing emerging memes into our collective conscious, and upvoting fresh takes to the top of the so-called front page of the internet, giving memes sufficient momentum to earn everlasting life. So it’s not surprising that 116 memes, including Scumbag Brain and Sad Keanu, have origins in Reddit, putting it in third place for pushing visual language forward—or backward, depending on your feelings for memes.

Just as Vocativ’s analysis discovered a downturn in the proliferation of new memes, it also reveals a pretty big shift in which websites decide how we greet, argue with, and make fun of one another.The main meme wellspring shifts with the seasons, and new platforms have yet to have their moment in the sun. 4chan has inexplicably remained popular despite being considered by many to be a cesspool of hate among the broader spectrum of manageable internet communities. YouTube is no longer the powerhouse in meme creation it was in the late 2000s. Reddit, while still an important source for meme aggregation, has ranked among the top three meme sources just twice since 2005. That said, Reddit is home to the most famous memes on the internet, such as Good Guy Boss, Bad Luck Brian, You Had One Job, I Should Buy a Boat Cat, Attractive Convict, Ridiculously Photogenic Guy, You Keep Using That Word, I Do Not Think It Means What You Think It Means, and of course, Grumpy Cat.