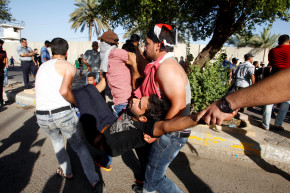 Iraqi security forces used bullets and tear gas to beat back throngs of demonstrators, who stormed the area for a second time in weeks 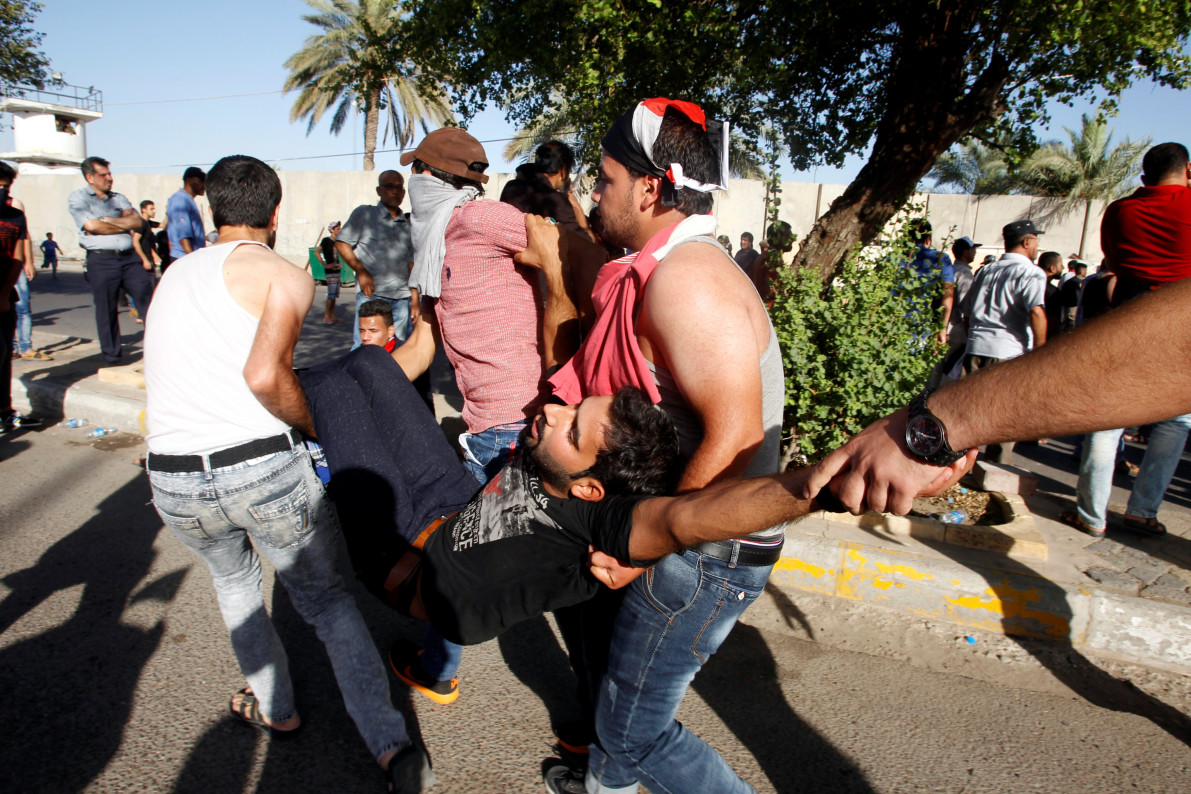 Protesters carry a man injured during the storming of the Green Zone — REUTERS
By Shane Dixon Kavanaugh and Adi Cohen
May 20, 2016 at 3:57 PM ET

A weekly protest targeting the center Iraq’s government spiraled once again into chaos on Friday with bursts of gunfire and reports of dozens injured.

Iraqi security forces used tear gas, water cannons, and live bullets to beat back throngs of demonstrators, most of them Shiite Muslims, who’d broken through barriers in the heavily-fortified Green Zone in Baghdad. For the second time in less than a month, protestors managed to enter government buildings and occupy them for several hours. The Iraqi army later declared a curfew across Baghdad, the BBC and local media reported.

Led by supporters of Muqtada al-Sadr, an influential Shiite cleric, thousands have spent weeks demonstrating against Prime Minister Haidar al-Abadi and his inability to form a government and enact security measures. Sadr, an influential kingmaker in Iraq’s parliament, has called for a cabinet reshuffle and reform of a political system that divides positions based on sect.

The continued clashes come amid growing security concerns and heightened instability. Waves of terrorist attacks across Baghdad in the last week, many claimed by the Islamic State, have killed more than 200 people.

At least 33 people were injured during Friday’s protests, according to Bloomberg, which cited Iraqi television reports. Video footage discovered by Vocativ showed dozens scrambling throughout the Green Zone as gun shots rang out in the distance. The video, which appeared on Instagram, has since been removed.