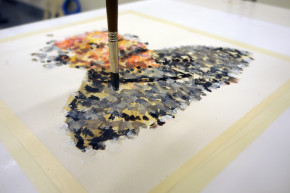 Adult FriendFinder Creator Is On A Quest To Find Robot Souls

The internet pioneer wants to use art to find them 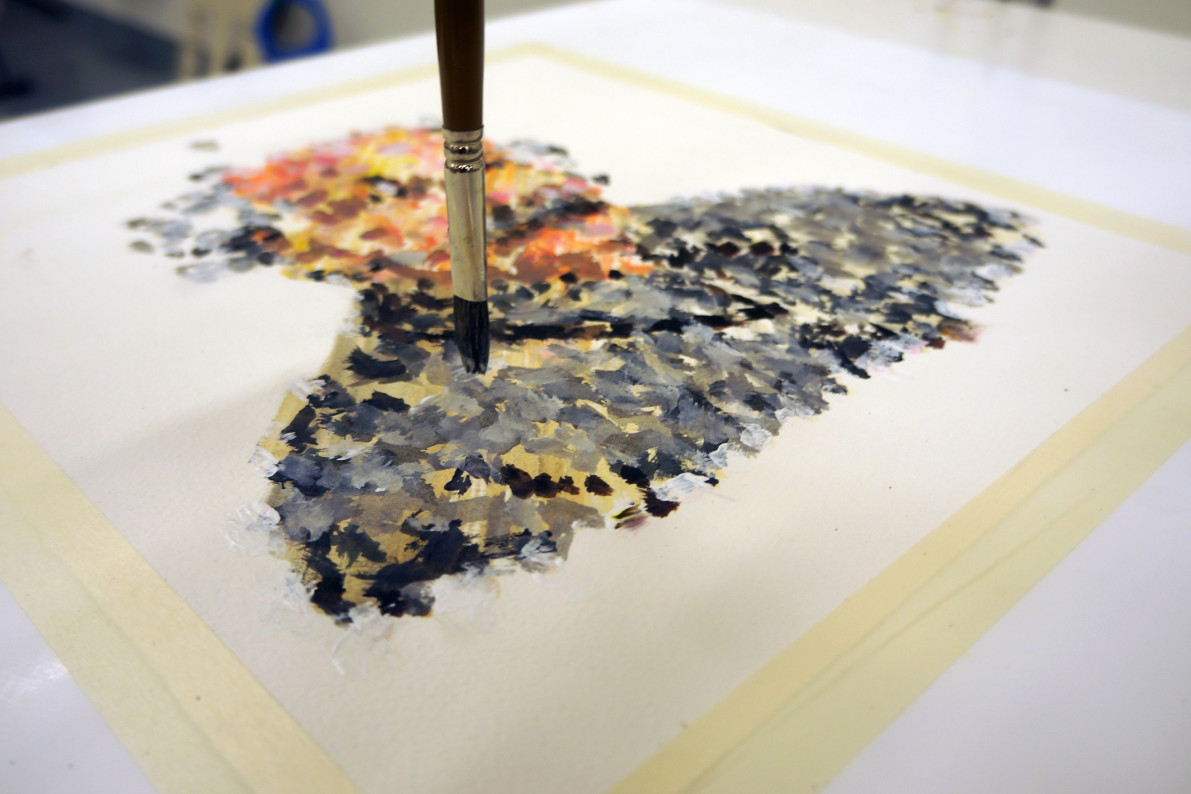 An internet pioneer who first taught the world how to find friendship, love, and sex online a quarter century ago is trying to determine at what point artificial intelligence develops emotional intelligence, and he thinks he can do it with an art contest.

About 31 different robots competed for $100,000 in prizes at the first annual International Robot Art Competition. The vote was based on 2,200 votes cast on Facebook as well as judgment from six art critics who have experience working with technology. The fan and judge favorite was TAIDA from the National Taiwan University. TAIDA won first place and $30,000 for several Pointillism-style works, including a still life of fruit, landscape of the Taiwan coast, and a portrait of Albert Einstein.

TAIDA creates art with a brush-wielding robotic arm that first mixes a palette from a small selection of paint colors, then paints a base and a refinement layer. “I am impressed that the robot used such a limited palette, mixing on the canvas with the brush to broaden the color options,” read a comment from Anne Petty, an instructor at the Gage Academy of Arts who judged the competition. “The portrait is suggested without being overly detailed, yet remains clear as to who it is portraying.”

CloudPainter, built by a father-son team from George Washington University, won second place for work that made more independent aesthetic decision than TAIDA—from photo selection, to image crop to paint strokes based on feedback loops. The third-place prize went to NoRAA from Italy, for work that was entirely free from human intervention. “Of all the pieces we saw, we thought this one was the most successful artwork produced BY a robot, rather than THROUGH a robot,” wrote judges Patrick and Jeannie Wilshire, directors of IX Arts. “The fact that the AI develops the image design itself, rather than working from a reference photo or photos, was significant, and the final artwork is a successful abstract, with a simple overall pattern but a more complex structure within.”

The Wilshire’s comment gets to the heart of this exercise, devised by Robot Art founder Andrew Conru. “We’re trying to answer the question: Is it possible for robots—artificial intelligence—to create something beautiful?”  Conru said. “On the surface, it looks like just a painting or art contest, but it’s actually a contest to see if we can put a soul or an emotional component in this technology. As we know, technology is advancing faster and faster. At some point we have to make sure that technology has an ability to understand us and communicate emotionally.”

Conru was an early internet entrepreneur who understood more than two decades ago the role that human connection plays into technologic development. In 1994, shortly after earning his Ph.D in mechanical engineering at Stanford, Conru launched WebPersonals, the first online dating site. He sold the company a year later and started FriendFinder, one of the first social networking site. From the very beginning, Conru noticed that most users were just posting nude photos and looking for sex, so he created Adult FriendFinder—which remains one of the most popular hookup sites on the internet. In 2007, Conru sold FriendFinder Networks to Penthouse Media Group for $500 million, but he remains the CEO.

Since building the FriendFinder empire, Conru has discovered his passion for art. In 2015, he completed one painting a day. Now, he posts weekly paintings to his blog, dailyoil.

A self portrait by Andrew Conru

Through painting, Conru realized that art was a perfect platform to bridge the divide between human and artificial intelligence. “Humans—we’re all social creatures and we want to relate to other people,” he said. “When it comes to arts and robotics, we want to be able to relate. We want to be able to communicate through art and it’s just another way to interact with someone.”

Conru supplied the competition prize money through one of his foundations, Compute.org. He views this year’s competition as as success and says it was “one hundred grand well spent,” getting so many teams to build machines that are capable of making art.

But now that the technology exists, he hopes the 2017 contestants can focus less on creating robotic paintbrushes and focus instead on building robot artists.