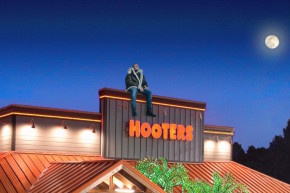 There's no reason why Drake shouldn't perform at Hooters on Peachtree 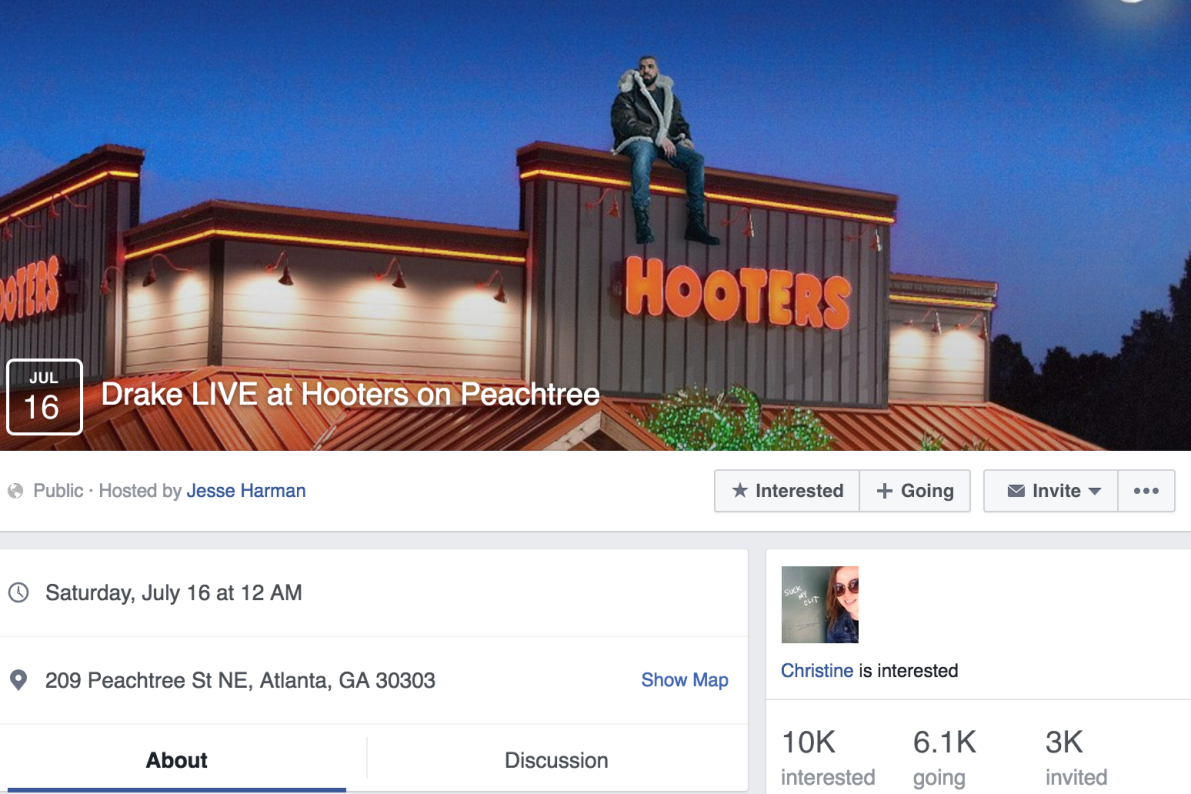 Thanks to this Facebook post, the profoundly strange idea of seeing Rick Ross live in concert at a Ross department store is now something for us all to contemplate. Sadly, it is not a real event. Rather, it’s part of a funny wave of fantasy concerts popping up on the social network. This includes a Bone Thugs-n-Harmony show at Crossroads Mall, and Metallica live at a Dayton, Ohio Goodwill.

These events are a natural evolution of the fake Facebook events meme, which has yielded such events as Listening to old Drake songs and cry and Crying and Eating Bread by Yourself on the Floor. They are the shows of our wildest dreams, and are often imagined at casual dining restaurants. Real or fake, the events are enjoyable all the same.

Who wouldn’t want to see Tupac’s hologram appear at Ingram Park Mall Food Court on May 21?

Ja Rule will appear at a Phoenix Macaroni Grill on June 4:

Beyonce will be playing not one, but two obscure San Antonio locations this summer:

Many of these faux events are slated for random locations around San Antonio, like an Amber Rose/Blac Chyna appearance at the China Rose Chinese restaurant:

Blink 182 will be live at Filiberto’s in Phoenix. But the gem here is the description, which reads: “Special set being put on by Blink 182 in the Filibertos lot. Word on the street is Good Charlotte might do a guest apperance! Tickets are free with a purchase of a cheese quesadilla”:

It’s only fitting that the best of these counterfeit events involves the highly memable Drake, and is a very clever reference to a song off Nothing Was The Same.

For the sake of humanity, we would hope that no one actually shows up to these events. But then again, maybe it would be funnier if they did.