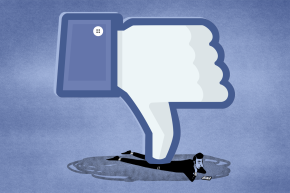 Social Media Use Linked To Depression (Again)
By Joshua A. Krisch

Yet another study finds that excessive social media use is ruining our mental health—and this time, they've got the numbers to prove it 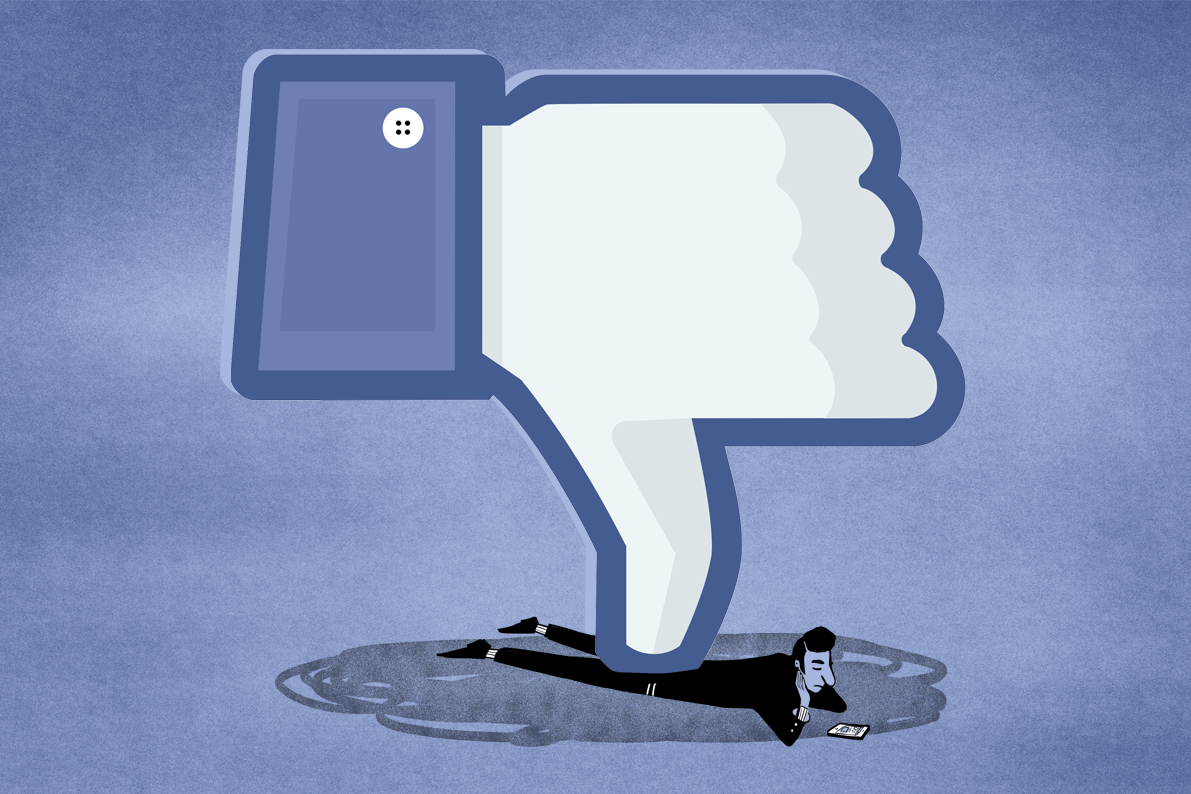 Social media isn’t necessarily good for us. In fact, studies suggest that Facebook, Twitter and other social media platforms may have fueled a spike in suicide, addiction, and a host of other mental health problems. Now, a new study in Depression and Anxiety finds that social media use is strongly linked to depression among young adults living in the United States.

“Social media use was significantly associated with increased depression,” the authors write. “Given the proliferation of social media, identifying the mechanisms and direction of this association is critical.”

Perhaps the first case of social media-induced psychosis involved Jason Russell, the man behind the mega-viral Kony 2012 campaign that raised awareness about child soldiers in Uganda. Shortly after being catapulted into internet fame, Russell had an emotional meltdown on camera (which, incidentally, went almost as viral as Kony 2012). Doctors called it “reactive psychosis”, saying that his sudden fame had inspired a sort of temporary insanity.

But since then, even scientists have been slow to recognize that internet culture may have deleterious effects on our brains—at least in part because nobody wants to be, “waving a cane at electric light or blaming the television for kids these days,” as one Newsweek article put it. Indeed, a peer reviewer once famously rejected an article on the psychiatric study of internet abuse in 2006, quipping, “What’s next? Microwave abuse and Chapstick addiction?”

Fortunately, the medical community is now beginning to face the reality that social media plays such a prominent role in our lives that it would be sort of strange if it didn’t affect our mental health. In a nod to the possibility that internet use is harming us, the newest edition of the Diagnostic and Statistical Manual of Mental Disorders, the bible of psychiatry, includes an entry on Internet Addiction Disorder, with a request for “further study”.

And mental health experts have risen to the occasion. Since the new DSM was released in 2013, literally thousands of studies have examined mental health under the lens of internet culture and social media. The findings are sobering. Recent studies have linked our online sharing to feelings of loneliness, anxiety, and obsessive behavior, especially in young adults.

But this new paper provides some of the strongest numbers yet suggesting that social media use is linked to depression among U.S. teens. For the study, researchers asked a surprisingly robust sample (roughly 40 percent non-white and 50 percent female—no small feat in science) of 1,787 American internet users between the ages of 19 and 32 to self-report the amount of time they spent on social media per day, and then rated their levels of depression using the celebrated Patient-Reported Outcomes Measurement Information System Depression Scale.

But it certainly adds a strong, diverse sample of young adults to the growing body of research that suggests the Internet Age may have its downsides. Interestingly, some developers suspect the solution to the problem may be within the technology itself. At least one team has already launched a social media platform specifically engineered to combat depression, by encouraging people to share their feelings, fears, and stories online. “There are scores of social media platforms out there, but true happiness is a tremendously compelling feature,” Wired notes.

Whether true happiness can be contained within a TweetDeck or a Facebook feed, however, remains to be seen.