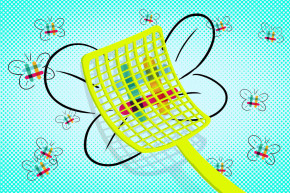 The Slack Backlash Has Arrived, But It’s Already Too Late
By Tracy Moore

The Slack Backlash Has Arrived, But It’s Already Too Late

Cue the Slacklash: The popular office chat tool creates as many problems as it solves

Everyone loves Slack: It offers chat-style communication with coworkers and eliminates the need for a lot of the emails and face-to-face meetings. Yet, everybody hates Slack: It’s a huge distraction that splinters attention, fosters cliquish private communication, and drives the pervasive sense that work never ends. A growing wave of complaints about the app may test whether the company can wield its power for productivity, without all the noise.

“Slack promises its users will ‘be less busy,'” Ben Shields, lecturer of managerial communication at the MIT Sloan School of Management who focuses on social media, told Vocativ. “If the reverse is true for some organizations, then Slack should take the charges seriously, as they strike at the core of what the product offers.”

That product has been drawing converts steadily since its launch in 2013, when it attracted some 8,000 users. Today, Slack boasts over two million daily users and the tool is a staple of communication for many professional office workers. Slack’s paid users believe the app increases productivity by 32 percent, reduces internal email use by almost 50 percent, and knocks inter-office meetings down by 25 percent. Because the app’s archives are searchable and permanent if desired for paid accounts, users say the tool increases office transparency by 80 percent. And 79 percent of users said it improved their office culture.

By some estimates, the average user spends 140 minutes per weekday in the app. Ask anyone who uses Slack in an office setting and they’ll tell you how it can greatly enhance camaraderie, whether through sharing funny GIFs or just chatting through the more mundane parts of the workday. Like “when you send someone a lolcat dick pic and listen to hear them laugh from cubicles away,” a reporter in Nashville tells Vocativ. “You feed off the energy of the crowd.”

But despite the conveniences, the Slack backlash—let’s call it a slacklash—has been coming in waves over the last year. In an essay posted in February called “Slack, I’m Breaking Up With You” writer Samuel Hulick explains how the bloom fell off the rose. The app feeds the pressure to always be on. It’s always there, humming away in the background. “I’m finding that ‘always on’ tendency to be a self-perpetuating feedback loop: the more everyone’s hanging out, the more conversations take place,” Hulick notes. “The more conversations, the more everyone’s expected to participate. Lather, rinse, repeat.”

Vice’s tech vertical Motherboard announced last week that it would go cold turkey from the app for a week because, in spite of how marvelous it is to be connected to colleagues in Toronto, London, and Oregon, that it’s so distracting that often spirited debates in channels over certain potentially publishable topics actually prevent writers from writing them. Motherboard will opt instead for Google Hangouts and G-chat, because at least it’s more deliberate and one-on-one.

A handful of Slack users across the country who spoke to Vocativ were also quick to point out potential pitfalls.

An alt-weekly managing editor says it’s just too easy to use and abuse. “The main drawback (and this could of course be our particular dynamic) is that it’s a bit too easy to dick around on,” he says. “We have far too many channels, and people sending one another goofy GIFs and that sort of thing.”

The reporter in Nashville says that “it’s another level of the grid coworkers expect you to always be available on. Between email, text, Slack, it’s adding to the culture of people always expecting you to be accessible. And I feel like my Slack is just a lot of minutia sometimes.” Also, it creates an illusion of access that for certain higher-up workers might be more trouble than it’s worth. “People lower on the org chart can harass me with story ideas, and I don’t like that one bit,” an investigative reporter in Washington, D.C., told Vocativ. “It’s hard enough swatting away all the annoying pitches from interns in real life.”

And as for replacing meetings, Slack leaves much to be desired. “It distributes low-level information very easily and well,” says an executive creative director at an ad agency. “But it does not substitute for in-person meetings.”

The pressure to to field every direct message, maintain the connection with coworkers, and keep up your GIF game can interrupt the whole point of what you’re supposed to be doing at work: working. In a primer on best Slack practices from die-hard devotees last year, the cofounders of office cleaning service Managed by Q told Fast Company that they require new employees to Slack a giphy on their first day into the general channel.

Other essays have argued that Slack’s always-on status destroys work-life balance. “I love [Slack] so much that I desperately want to delete it from my phone, because I can’t help but check its messages every hour of every day,” Chris Plante wrote at The Verge earlier this year. “Yesterday night, I responded to a message at 3AM. Lol, I have no self-control and this is a cry for help!”

And rather than ease anxieties about connectivity, Slack can create the sense that you’re not clued in. In an essay looking at the pros and cons of group work chat by Jason Fried (who created Slack’s spiritual ancestor, Campfire), he notes that it can basically create an “ASAP culture” and an endless workplace version of FOMO. He writes:

Group chat feels like you’re chasing something all day long. What’s worse, group chat often causes “return anxiety” — a feeling of dread when you’re away for a while and you come back to dozens (hundreds?) of unread lines. Are you supposed to read each one? If you don’t, you might miss something important. So you read up or skip out at your own risk.

Plus, that little green dot is a way of measuring presence at work that says, “if you aren’t green, you aren’t at work.”

Despite these various waves of backlash, Slack doesn’t seem to be going anywhere, and is still pushing the workplace expectation that collaboration is king. Deleting it seems like an unlikely option, so has Slack already become too essential for companies?

The app is experiencing massive growth, attracting 3.5 times as many users in a single year and snagging a recent $200 million in new funding. Voice and video chat integration is forthcoming, which will make its all-in-one convenience even more enticing, noise fatigue be damned.

For some companies, it may prove easier to strategize around the inundation. Fried argues that we need a new set of rules governing the way we work and chat now. In part, that means not expecting everyone to be on all the time. But it also means treating group chat like a sauna. “Stay in for a while, then get out,” he advises.

But this sort of overload is not unique to Slack. In fact, it’s the same problem causing headaches for Twitter and Facebook right now.

“It’s why Twitter and now Snapchat are implementing a Facebook-like algorithm to help surface content,” Shields tells Vocativ. “The cycle is familiar: as users and usage increase, the platform experience evolves as well. I suspect Slack will carefully analyze its users’ behaviors and make the requisite platform modifications to better deliver on its promise.”

Productivity expert Marissa Brassfield, who coaches teams through technology saturation in Los Angeles via her consulting company Ridiculously Efficient, tells Vocativ that the challenge with workplace communication and technology is often the expectation that one single tool or app will solve everything, like a “magic pill” approach to weight loss. In her view, this will be an issue with any technology used incorrectly.

Brassfield’s own team uses Slack, and she’s experienced the pros and cons. “Because it focuses conversations and separates them by workgroups and teams, it’s moved 60-90 percent of my team communication (depending on the day) out of email, text messages and phone calls and into a searchable archive,” she tells Vocativ. “My team can find the information they want without asking me to forward an email or re-attach a document. But it can also be a megaphone for inappropriate work communication. It essentially digitizes the most annoying parts of working in an office (interruptions, poorly timed water cooler conversation) and brings them through your smartphone and straight into your home.”

These mirror the same praise and criticisms that came with the rise of smartphones, too. Brassfield advises teams to set clear rules for what’s allowed, like dedicating certain channels to silliness, or vowing not to put non-work conversation in a public channel. Another guideline: Don’t use it for anything involving nuance, where a phone call or meeting is much more effective.

For its part, Slack seems aware of the growing anxieties. Slack CTO Cal Henderson told ArsTechnica that cutting through that noise is an imaginable part of the company’s future plan. “We have a lot of information about communication at work, like who talks to who, who reads what,” he said. “So the question is whether we can be smarter about saying what’s important.” And Slack spokeswoman Katie Wattie provided Vocativ with the following statement:

There’s always a period of adjustment for norms to develop around new forms of communication. Slack is adapting to new ways of working, centralizing communication in one place. The team at Slack uses Slack all day, so they’re hyper aware of the experience and are always working on improvements. Last year they launched “Do Not Disturb” to minimize notifications at disruptive times, and there are more features like this to come.

Whether or not every company has that luxury remains to be seen.