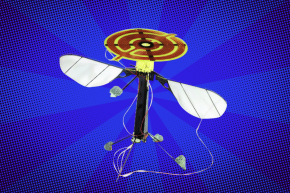 Coming To Monitor You: A Tiny Flying Drone That Can Land Anywhere
By Alexandra Ossola

Coming To Monitor You: A Tiny Flying Drone That Can Land Anywhere

Tiny bee-like drones that can fly into tight spaces and perch to perform surveillance—nothing unnerving about that! 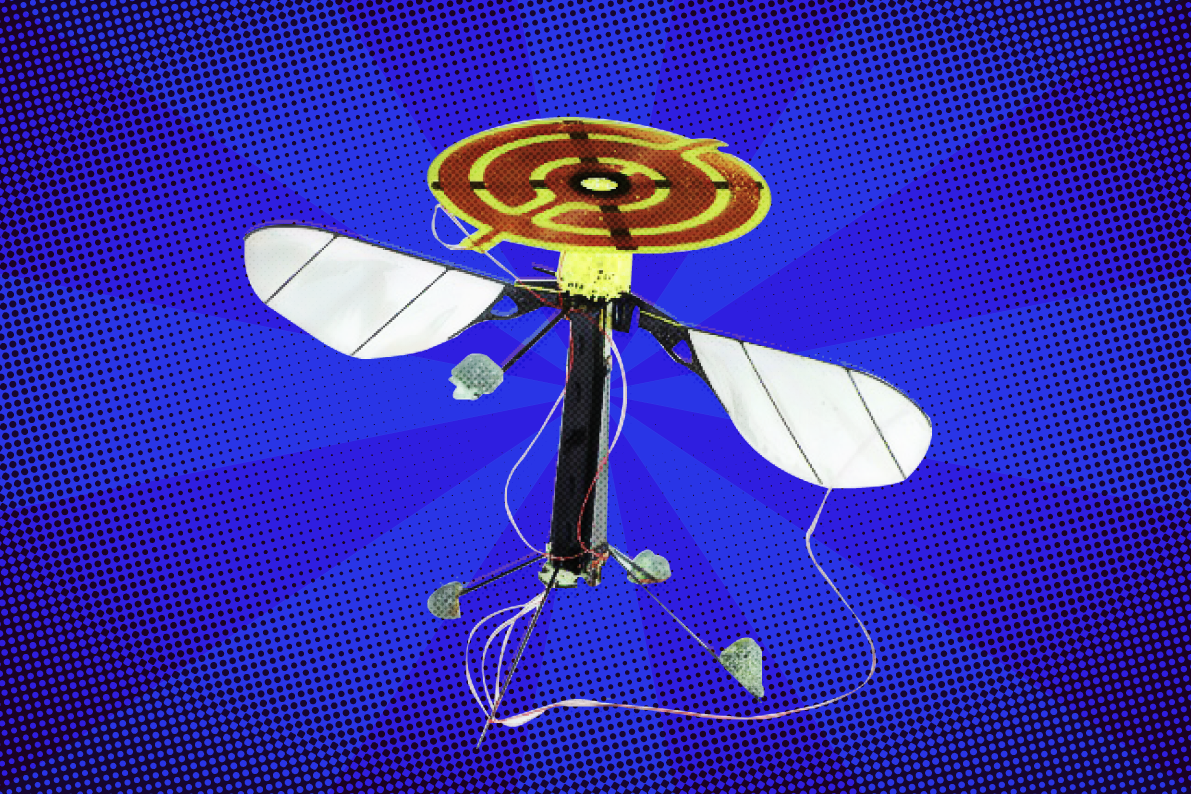 Most people don’t love bugs, but the military does—bug-like drones, that is. In recent years, tiny bots have gotten a lot of attention as tools that could navigate tight spaces (including indoors), survey damage during a disaster, or provide undetectable surveillance.

But the bots are so small that they can’t carry a very big battery. That means they can’t fly for long, so they need to perch to conserve power rather than hover for long periods of time. This functionality been surprisingly hard to engineer, in part because the targets for perching are irregular—the bot needs to be able to perch on smooth power lines and knotted tree branches. In past projects, researchers have tried adding talon-like mechanisms to help the bots grip surfaces, but those disrupted the flight mechanics; chemical adhesives are either permanent or require too much pressure to be effective for such a small gadget.

Now a team led by researchers from Harvard University have developed a bug-like bot that can perch and take off easily, according to a study published today in Science.

“There’s a lot of benefit of using these types of robots for search and rescue or hazardous environment exploration,” says Robert Wood, one of the study authors, in a press video. “They’re agile, they can fit into small nooks and crannies, you can have a lot of them operating simultaneously to have greater coverage. But the drawback is they’re very inefficient at flying.”

To create the perching function, the researchers attached a round plate, less than half a square inch in area, to the top of this insect-like bot. The plate contains two opposite-charged nanometer-thick electrodes charged with 1,000 volts, which generates electrostatic energy that allows it to stick to a variety of surfaces—copper, glass, wood, and a leaf in this study.

Just as bumblebees slow and hover as they approach a perching spot, the robot is equipped with motion-tracking cameras, which feed information to an algorithm that in turn coordinates the robot’s perching sequence, inspired by the movements of a honeybee. As the robot approaches a surface, it tilts the plate to align with it, and slows down enough to perch delicately. The foam connecting the plate to the rest of the bot cushions the landing, preventing too much bounce back.

The researchers have a bit more work to do before the bots can be deployed. It can perch on overhangs and ceilings, but it isn’t quite ready to land on just any surface.