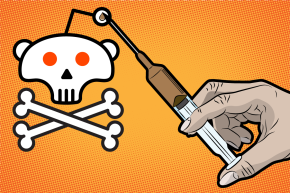 A Heroin Community Sounds The Alarm On Tainted Drugs

Fentanyl-laced heroin is killing unsuspecting opiate abusers across the country. So addicts have taken to Reddit to warn others about batches of smack spiked with the deadly drug. 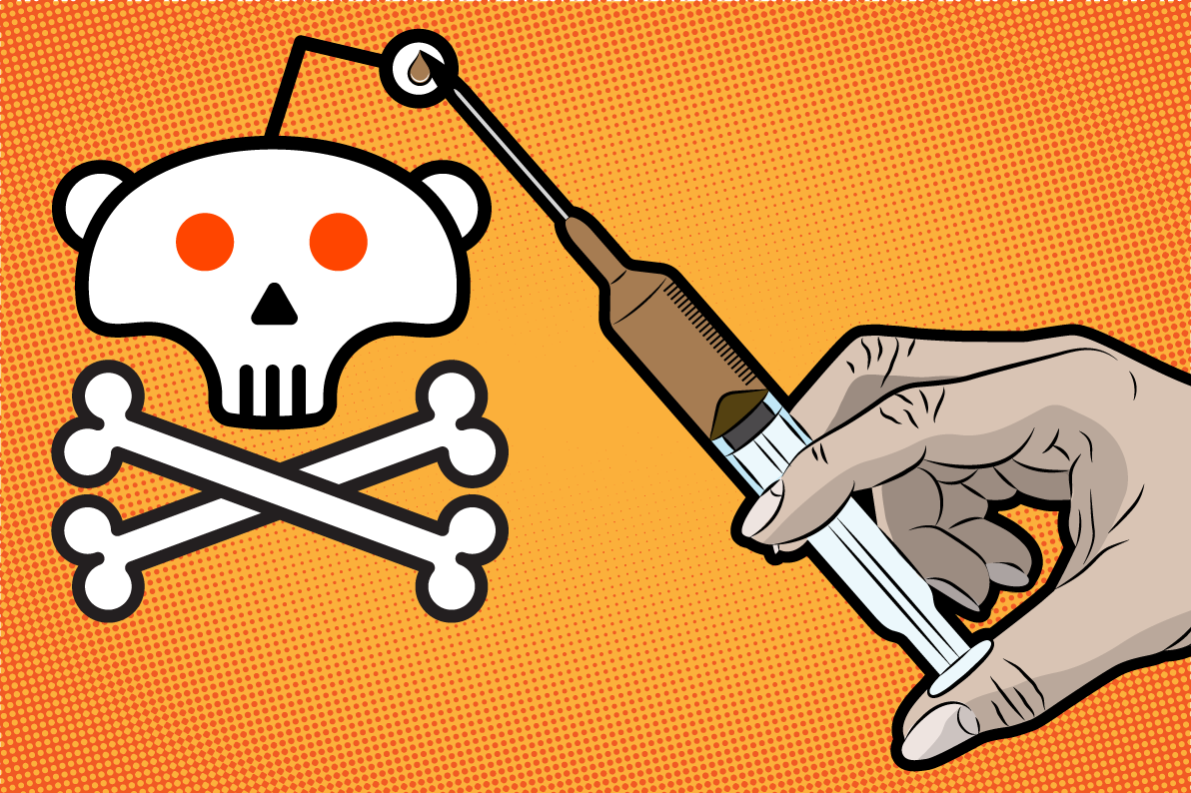 Andy is an Army veteran who lives with his mom in a seedy section of Rochester, New York. After a day of smoking crack, the 46-year-old walked to his friend Brian’s house where he was told one bag of heroin and one bag of cocaine were waiting for him.

“I walk into the garage and Brian was more fucked up than I’d ever seen him,” said Andy, who asked we only use his first name. “And he’s a veteran [heroin user].”

Andy, who also is a seasoned drug abuser, then injected himself with the same heroin that left Brian in a heap on the floor of the garage. “I did the shot and I was like, ‘whoa I gotta go home,'” Andy said. “When I was walking to the door I fell out…I don’t even recall it at all. Next thing I know I wake up and Brian’s standing over me [with the anti-overdose drug Naloxone].”

Andy overdosed again a week later after using heroin purchased from the same dealer who provided the dose that delivered the knockout punch. He was rushed to the hospital where he learned that the heroin he took contained the drug fentanyl, a cheap, synthetic opioid that, according to the Centers for Disease Control, is up to 50 times more powerful than run-of-the-mill heroin, 100 times more powerful than morphine, and that can be easily purchased in online drug markets. Andy’s story is alarmingly common—a heroin user buys a bag of what they believe to be heroin but it turns out to be laced with a lethal helping of fentanyl.

Andy’s been lucky—he’s lived to tell the tale.

A user inspects his heroin supply.

Fentanyl is one of the deadliest drugs on the streets, where overdoses claim the lives of users who don’t know their heroin is laced with it. An online community in the subreddit /r/opiates emerged in January and users across the country have posted warnings for each other about locations, dealers, and the appearance of drugs that they think may be tainted with fentanyl.

The warnings in the subreddit wiki can be very specific. Since January, more than 50 people have posted descriptions about the drug supplies in their region. Users are hoping that communities across the country hard hit by overdoses could find some relief by helping fellow users avoid tainted heroin. “Fent laced bags coming out of hartford, CT,” one Redditor posted. “Bags are stamped with ‘top notch.’ They stamps are real faded, some you couldn’t even read what they said. Stamp was colored black.”

Other users ask for advice in identifying bad batches. “There have been 45 overdoses in the last week in this community,” one user who appears to be from Massachusetts posted. “If anyone knows a specific stamp that is doing this, please let me know.”

The impetus for the wiki page was simple: To provide heroin users with a central place online to help each other avoid tainted drugs. Heroin, once a problem for the urban poor, has moved to the suburbs where a majority of its addicts are young and white, a demographic that tends to gravitate towards Reddit for information.

“We have gotten reports for years of fentanyl cut batches going around different areas and we decided to try to compile this information into one place,” an administrator of the Reddit thread told Vocativ. “I have no idea as to the overall impact it has made as far as lives saved, but the discussion and conversation that these posts generate lead me to believe that the impact may be substantial.”

The administrator said he’s been using heroin for 10 years. “I was introduced to opiates via the ‘gateway’ approach,” he said. “I was never prescribed anything. I went from smoking weed to taking a few Vicodin to Oxycontin to Opana to heroin. When the pharms were reformulated is when I switched to heroin.”

Fentanyl, he said, often comes from China and is sold on the Internet and in dark net drug markets. Drug dealers will mix it with heroin or other opiates to make their drugs more powerful at a lower cost. On topchems4me.com, an English-language Chinese site, there is no shortage of fentanyl analogues available for purchase. It functions much like a typical retail site, complete with a shopping cart, tracking numbers and account set up.

The reason dealers like fentanyl is simple: Money. “This stuff is also super cheap in comparison to actual heroin and is easier to synthesize due to it being a full synthetic and not needing access to heavily watched precursors,” the administrator said. One kilo of fentanyl can produce up to five million 200-microgram doses that could fetch about $10 a piece on the street, he said.

When fentanyl descends on a city, a wave of overdoses usually follows suit in a short period of time. Between March 23 and April 6, there were 42 overdoses and 10 deaths in Sacramento linked to counterfeit fentanyl-laced Norco, a prescription painkiller that contains hydrocodone and acetaminophen. Rochester has also seen a lethal batch of fentanyl-spiked heroin kill several people in short periods of time on more than one occasion. In nearby Erie County, 23 people died in an 11-day period after a deadly fentanyl-heroin mix hit the streets in early February. In August of 2015, 27 people died in a 48-hour period in Washington County, Pennsylvania, which includes Pittsburgh.

There was a 200 percent increase in the number of opiate-related overdose deaths between 2000 and 2014, when nearly 50,000 people died from drug overdoses, according to the CDC. That’s more than one-and-a-half times the number of people who died in automobile accidents. The majority of the deaths, the CDC said, were caused by opiates.

“If nothing else it leads to awareness of dangerous cuts such as fentanyl, and now W-18, and urges users to do test shots,” the administrator said abou the Reddit wiki. “This is just a small part of the harm reduction effort that we promote here, and if it saves one life than it is all worth it.”