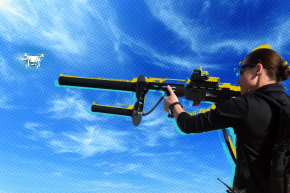 Here’s The Gun The U.S. Government Uses To Blast Drones
By Jennings Brown

Here’s The Gun The U.S. Government Uses To Blast Drones

But they don't want civilians to have it 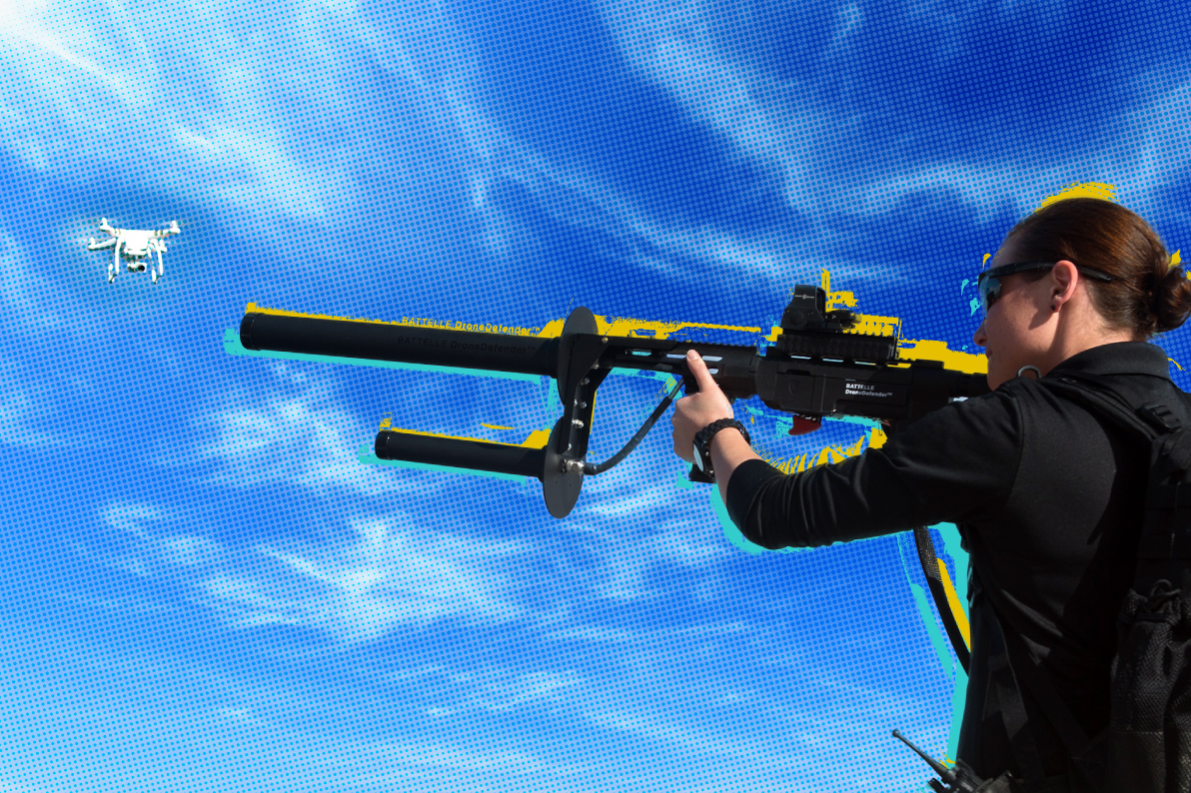 You may have heard of Johnny Dronehunter and his legion of privacy-defending patriots who use shotguns to clear the skies of meddling drones, but when the United States federal government casts off drones, they would rather use non-lethal jammer guns.

Since last spring, science and tech developer Battelle has outfitted the U.S. Department of Defense and Homeland Security with about 100 DroneDefenders, a point-and-shoot weapon that projects electromagnetic waves at a distance of up to 130 feet, jamming the frequencies of unwelcome UAS (unmanned aircraft systems). Once the device’s beam hits a drone, it disrupts the drone pilot’s control and either forces the drone into safety landing mode, makes the drone hover in place until the battery dies and automatically lands, or—most likely—triggers the drone to fly back to its programmed place of origin. Battelle claims the device is the first portable anti-drone weapon of its kind and that the company is in talks to sell devices to the U.S. Departments of State, Energy, and Justice.

While some companies have developed anti-drone devices that shoot lasers or capturing nets that can make a drone plummet dangerously to the ground, Battelle believes a non-kinetic radio frequency emitter is the safest way to stop a drone—especially in instances when a drone is flying above a sensitive or public area, like the drones that crash-landed in the White House lawn and at the U.S. Open last year.

“We wanted to focus on a non-lethal solution that did not damage the aircraft, and this method of disrupting the link between the pilot and the UAS seemed the most promising to us,” Alex Morrow, a scientist who developed the DroneDefender with engineer Dan Stamm, told Vocativ.

Battelle originally tested several other anti-drone weapons, but landed on a device that didn’t involve ammunition. “I wouldn’t necessarily want to have that in my neighborhood because I wouldn’t know where those projectiles would be coming down,” said Stamm. “Additionally, the FAA regulates how aircraft are treated, even if they’re breaking the law, the FAA stipulates that you can’t just go around shooting aircraft.”

While the FAA controls the methods that people can use to combat invasive drones, the FCC—which specifically prohibits devices that jam or interfere with authorized radio communications—controls who can use the technology, and that doesn’t include civilians. “The FCC enforces rules that are put in place for a very good reason,” said Stamm. “We don’t want to have anything like this [device] out and about. We don’t want to leave it in the hands of individuals to make decisions about what is correct in the sky and what is not. ”

So until the FCC loosens their restrictions, private citizens are left defenseless from rogue quadcopters violating our Fourth Amendment privacy rights.