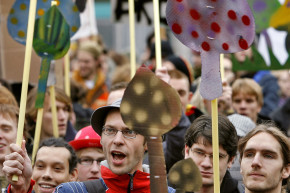 Can Tripping On Mushrooms Cure Severe Depression?
By Joshua A. Krisch 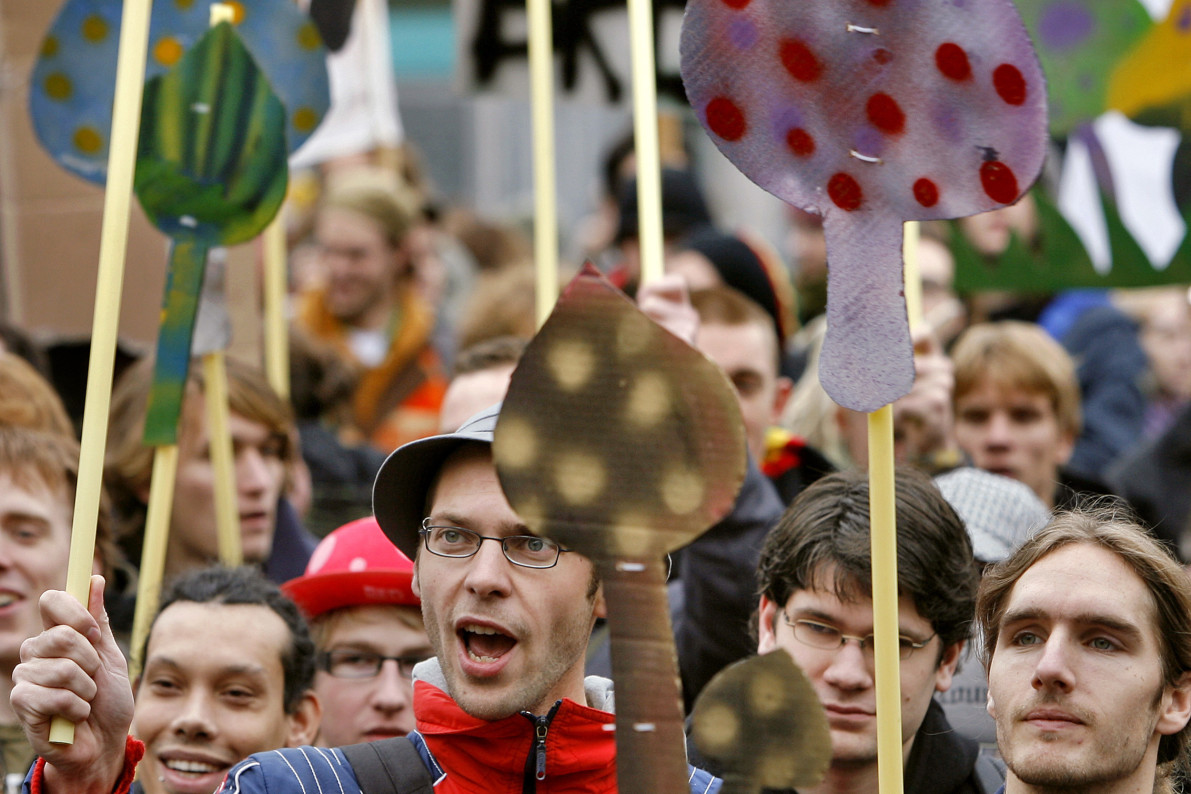 Scientists are findings that psychedelic mushrooms may be good for more than a wild weekend. Magic mushrooms appear to have helped a small group of volunteers suffering from severe depression, according to a new study in Lancet Psychology. Researchers report that 12 patients each took two doses of psilocybin, the active ingredient in hallucinogenic mushrooms, and that the drug staved off their clinical depression for at least three weeks. Although the study is painfully small-scale and lacks a placebo group—a glaring omission that renders it no more than a proof-of-concept—the study represents one of the first serious attempts to put psychoactive substances through clinical trials since the early ’70s.

“I wouldn’t want members of the public thinking they can treat their own depressions by picking their own magic mushrooms,” coauthor Robin Carhart-Harris told the Guardian. Nonetheless, “It is important that academic research groups try to develop possible new treatments for depression,” coauthor David Nutt added. “Our study has shown psilocybin is safe and fast acting so may, if administered carefully, have value for these patients.”

Before Richard Nixon lobbed magic mushrooms, LSD and, alas, marijuana into the Schedule I substance category that all but killed psychedelics research, many of these illegal drugs had shown promise as potential cures for depression, anxiety, and addiction. But in recent months, scientists have cautiously crept back toward erstwhile psychedelic research, and their clinical trials on magic mushrooms and LSD are finally starting to show up in legitimate scientific journals.

For instance, a small trial out of Switzerland recently found that LSD could reduce anxiety in people who were suffering from terminal illnesses and a Canadian study suggests that MDMA may hold promise as a treatment for PTSD. Even ‘shrooms already had a moment in the psychedelic science resurgence, after a pilot study conducted in New Mexico reported that psilocybin had helped ten people kick their alcohol addictions. None of these studies are particularly robust—most involved only a handful of participants—but each represents a step toward reclaiming lost ground in the study of banned substances.

“One of the really unfortunate things is that, as a society, we dropped responsible clinical research with these compounds for so long,” said Matthew Johnson, psychiatrist at Johns Hopkins University and psychedelics researcher, in a related podcast.

For the new study, researchers first had to obtain psilocybin—no small feat, even for legitimate research purposes (in fact, Nixon’s red tape is one of the reasons why we still have no clue whether marijuana has any legitimate medical applications). It took the team nearly three years to jump through the various hoops, from ethical approval for the experiment to licensing to packaging the drug. Even then, each dose of psilocybin cost the team about $1,700 to procure.

Then, the scientists recruited 12 volunteers who suffered from severe depression and had a history of not responding well to conventional antidepressants. Each participants took two doses of psilocybin one week apart and, during the the five hours that their psychedelic experiences lasted, they were guided through the trip by two psychiatrists. Three weeks later, all 12 were still seeing marked improvements, measured by self-reports and formal clinical evaluations. Five volunteers reportedly felt the effects of those two doses for at least three months.

But it is important to keep in mind that, with a sample size of 12 and no placebo group, the study is a proof of concept more than anything else. The experiment was also conducted in collaboration with the Beckley Foundation which promotes drug policy reform—and that should raise some red flags, because the foundation certainly has a vested interest in any research that suggests illegal drugs may have important medical applications.

Still, this study represents a step in the right direction for psychedelic science. Future experiments will need to provide larger sample sizes and more rigorous investigations of a possible placebo effect, however, and continue to demonstrate that these drugs are safe.