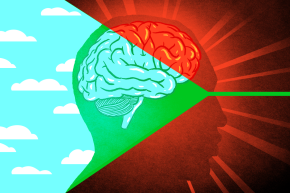 New Therapy Would Treat Migraines With Light
By Alexandra Ossola 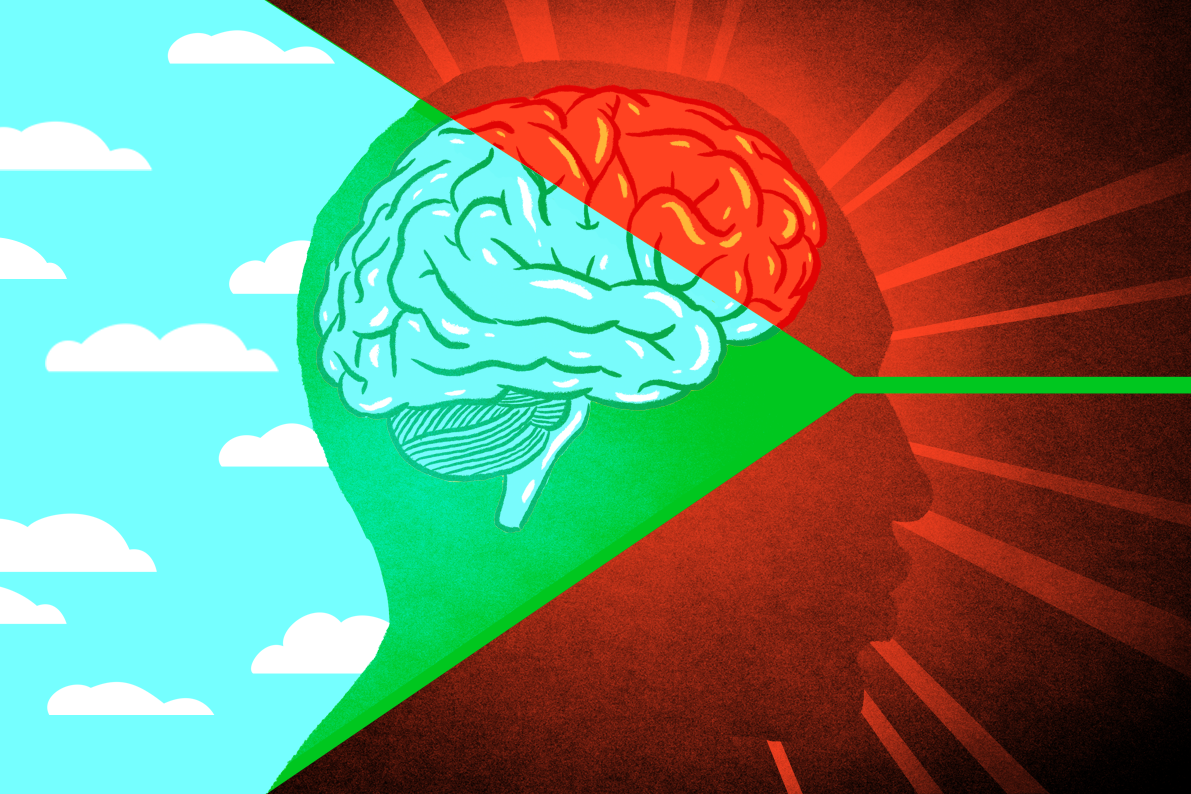 Sufferers say the pain of a migraine is like an explosion, like being bludgeoned in the head by bricks. And light and sound can make migraines worse, which often means that sufferers have to isolate themselves in dark, quiet spaces. Now researchers have discovered that green light might make migraine sufferers less sensitive to white light, and could even reduce their pain by 20 percent, according to a study published yesterday in the journal Brain.

The researchers were interested in the effects of different wavelengths, or colors, of light on migraines. So they flashed white, blue, green, amber, and red light in the eyes of 44 intrepid migraine sufferers. As the intensity of light increased every 30 seconds, the participants told the researchers if their migraine symptoms changed—if the aching intensified, if the pain became throbbing, or if it moved to another area of the head or body. Eighty percent of patients felt their migraines get worse with all colors of light except the green light, which, to the researchers’ surprise, actually reduced the intensity of migraine pain in 20 percent of patients.

The researchers then took electroretinograms, which measure the amount of brain activity in response to light flashed on the retina. They found that the green light produced the least amount of activity in the brain. That, as they determined by testing light on rat retinas, was likely due to the different signals that the color-detecting cone cells on the retinas passed on to the thalamus, the part of the brain that receives visual information and transmits it to other parts of the brain.

This study only looked at the light’s effect on patients who have chronic migraines, so they’re not sure how it would work for people who have other causes of headaches, such as those that set in after trauma or only episodically. The researchers also didn’t look at the light’s effect on patients with vision problems. Plus, they didn’t compare the effect of green light to placebo, which is particularly relevant since migraines have been shown to be exceptionally responsive to the placebo effect.

Still, the scientists are so convinced of their findings—and of the mechanism they discovered—that they want to make green light more readily available to migraine sufferers. Rami Burstein, the lead author on the study, expressed interest in inventing an lightbulb that emits green light at the right wavelength or sunglasses that only allow that wavelength of light to pass through, perhaps providing therapy for chronic migraine sufferers. He warns in a press release that these technologies are currently prohibitively expensive, but says his “hope is that patients will be able to benefit directly from these findings one day very soon.”