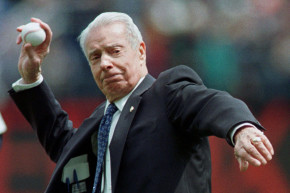 Joe DiMaggio Is Inside Your Phone Now
By Joe Lemire

Joe DiMaggio Is Inside Your Phone Now 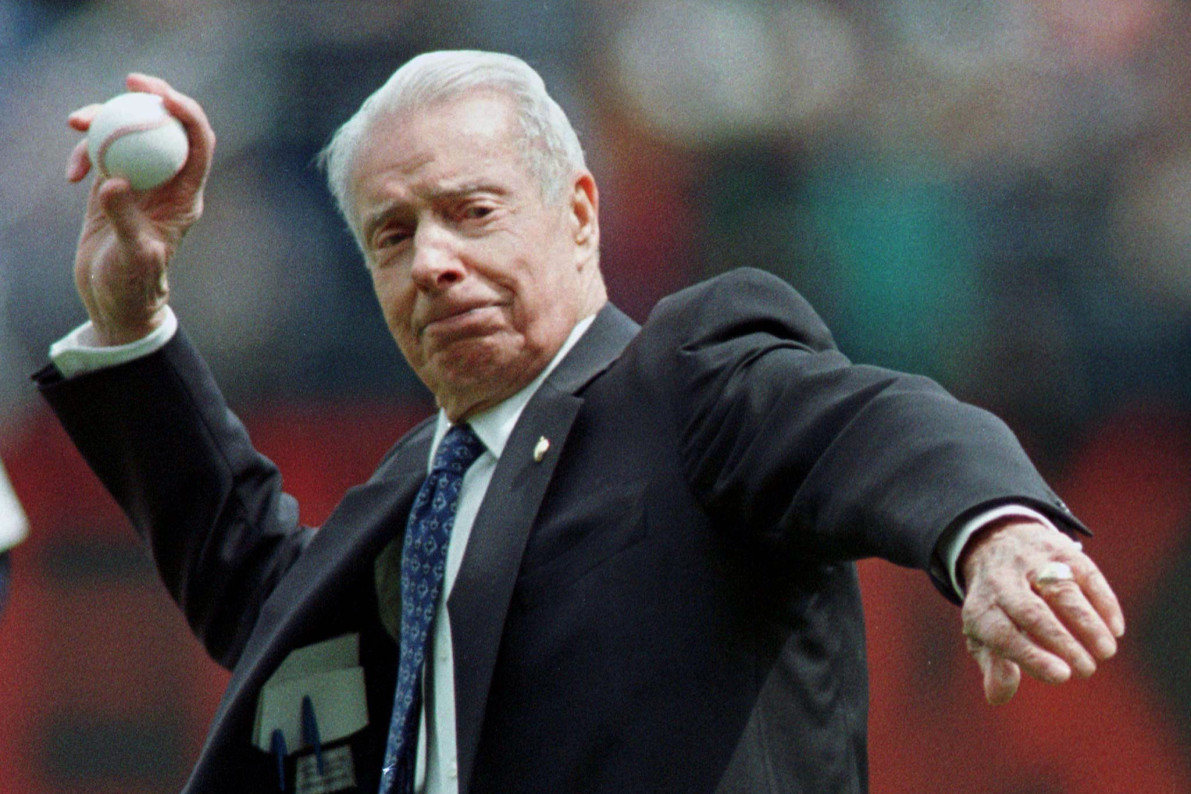 When Paul Simon crooned, “Where have you gone, Joe DiMaggio?,” he certainly couldn’t have expected the answer to be a daily intrusion on millions of smartphone home screens. On Sunday, however, Major League Baseball’s At Bat app sent a push notification saying DiMaggio had smacked a run-scoring single in the first inning, a curious update for a man who retired 65 years ago and died in 1999.

To commemorate the 75th anniversary of DiMaggio’s still-unmatched 56-game hitting streak in 1941, At Bat began sending daily updates, apparently to anyone subscribing to “League News,” to the bewilderment of many.

Besides the obvious technological limitations—Simon and Garfunkel’s hit song “Mrs. Robinson” was released in 1968—that question about DiMaggio’s disappearance and subsequent line (“Our nation turns its lonely eyes to you”), Simon later explained, were about American pop culture’s invasion into private matters and the loss of genuine, noble heroes. Simon wrote upon DiMaggio’s death, “we mourn the loss of his grace and dignity, his fierce sense of privacy.”

That explanation makes Streak updates all the more of an ironic and unwelcome invasion for those who are most interested in current events—to add to the confusion, the hit-streak updates are all written in the present tense. Monday’s day-two update, for instance, was “CWS@NYY: Joe DiMaggio hits a solo HR into the left field bleachers in the bottom of the 3rd.” Further compounding matters: The White Sox just played at the Yankees in real life this weekend.

DiMaggio’s streak didn’t end until July 17, so phones will keep buzzing daily through high school graduations, Memorial Day cookouts, Father’s Day luncheons, and July 4th parades. If each hit gets its own notification, be mindful that the Yankee Clipper had four hits on May 27, June 20, July 6, and July 11. There were seven doubleheaders in the streak, too.

In 2016, no sports league is more technologically savvy than MLB, which makes this an out-of-character blunder given that there does not appear to be a way to opt-in or opt-out of these historic updates. An extra notification or two per day doesn’t seem like much, but the lack of control over receiving it can be frustrating. Following along is a neat idea for those who choose to; that’s why there’s also a Twitter feed, @TheStreak. MLB.com also has one its reporters writing daily game recaps.

And, most cleverly, for 16 years, the site has sponsored the Beat the Streak game in which contestants pick two hitters each night, hoping one will get at least one base hit for a record-breaking 57 straight days. Unlike a real hitting streak with the same player getting all of the hits, fans can choose a new pair each night. The first to do so is promised $5.6 million, yet no one has even reached 50.

DiMaggio’s hitting streak is one of game’s most cherished records and has made the number 56 iconic in baseball. But not everyone wants to celebrate it. Most Red Sox fans, for instance, want nothing to do with the Yankees and always point to that same 1941 season for another signature number in the sport’s annals: .406, Ted Williams’ batting average that year, the last year anyone hit above .400. (Be glad there aren’t notifications of Williams’ progress through the 143 games he played that year.)

Then again, why stop at 56 games? DiMaggio only paused and kept going. Famously, after being held hitless in Game 57, DiMaggio then started another hitting streak, this one for 16 games, starting the very next day. That should keep the phone-chirping fun going into August.