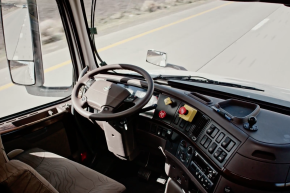 $30,000 Kit Aims To Allow Trucks To Drive Themselves
By Brian Patrick Byrne

$30,000 Kit Aims To Allow Trucks To Drive Themselves 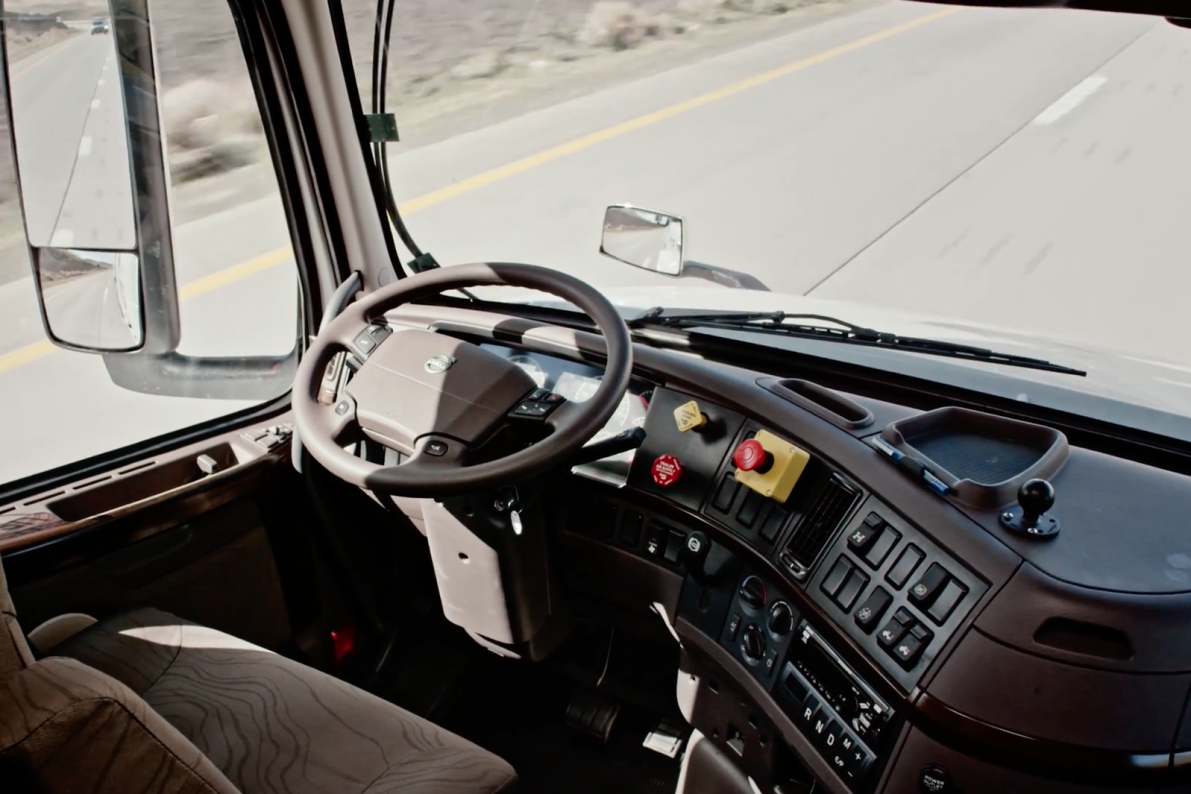 The view from inside a truck fitted with Otto self-driving technology. — Otto
By Brian Patrick Byrne
May 17, 2016 at 6:52 AM ET

A San Francisco startup is trying to beat Google at its own game. Otto, led by prominent former Google, Apple, and Tesla employees, is working to create a kit that allows big rigs to drive themselves.

The company only launched in January but has already demonstrated its technology on public highways with “minimal human intervention,” according to Wired, which also reported the kits would retail at an estimated $30,000. Unlike self-driving cars unveiled by Google and competing companies, Otto aims to retrofit trucks already on America’s roads with the kits that could let trucks operate autonomously.

More Self-Driving Semis Are Just Around The Corner

Trucks using the kits stay within a single lane, do not overtake by themselves, and can slow or stop if necessary, Wired reported. The kit, which works on trucks built since 2013, when most started being made with automatic transmissions, includes a customized computer that makes decisions in real time. It also includes detailed maps, just like Google’s self-driving cars, as well as cameras, sensors, and radars.

Otto is self-funded, and is currently testing its tech with Volvo’s flagship long-haul truck, the VNL 780. It intends to ultimately kit out every single truck on U.S. roads with its features, the Associated Press reports. At the moment, it’s seeking 1,000 volunteers to try out the kits on their trucks so the company can hone the technology, the AP reports.

Self-driving features could offer a safer means of transporting cargo. Up to a fifth of the 4,000 fatal accidents involving trucks and buses in the U.S. annually are linked to drivers who got tired at the wheel, the National Academies of Sciences, Engineering and Medicine estimates.

But Otto, which provided interviews to leading technology websites, has not publicly stated a potential release date for its technology. The company faces some regulatory challenges: In California, it is prohibited for a vehicle the size of a big rig to operate without a human driver at the wheel, The New York Times reports.

Self-driving big rigs may also concern truck drivers if there’s any risk they could lose their jobs. More than 3 million drivers lug almost 70 percent of the country’s freight tonnage around the country, according to the American Trucking Associations. Otto, though, said its technology is not intended to be used without having a human driver on board. It also said a driver would still need to take over on city streets, the AP reported.

Forty employees are working at Otto including Anthony Levandowski, of Google’s self-driving car team, and former head of Google Maps, Lior Ron. Ron told The Verge it intends on bringing its product to market rather than getting acquired by a larger company such as Cruise Automation, which recently sold to General Motors for $1 billion.

Otto isn’t the first company to develop automation in vehicles other than small cars. Earlier this month, Google revealed its intentions to install its self-driving technology in Fiat mini-vans. Other groups, including Volvo, are also pioneering automation in big-rigs. However, Levandowski told The Verge that those efforts would require brand new trucks, unlike Otto’s plug-in technology for trucks already out there.