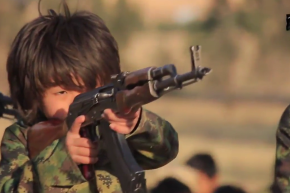 They run, wrestle, and pray—and learn how to shoot Kalashnikov rifles and pistols 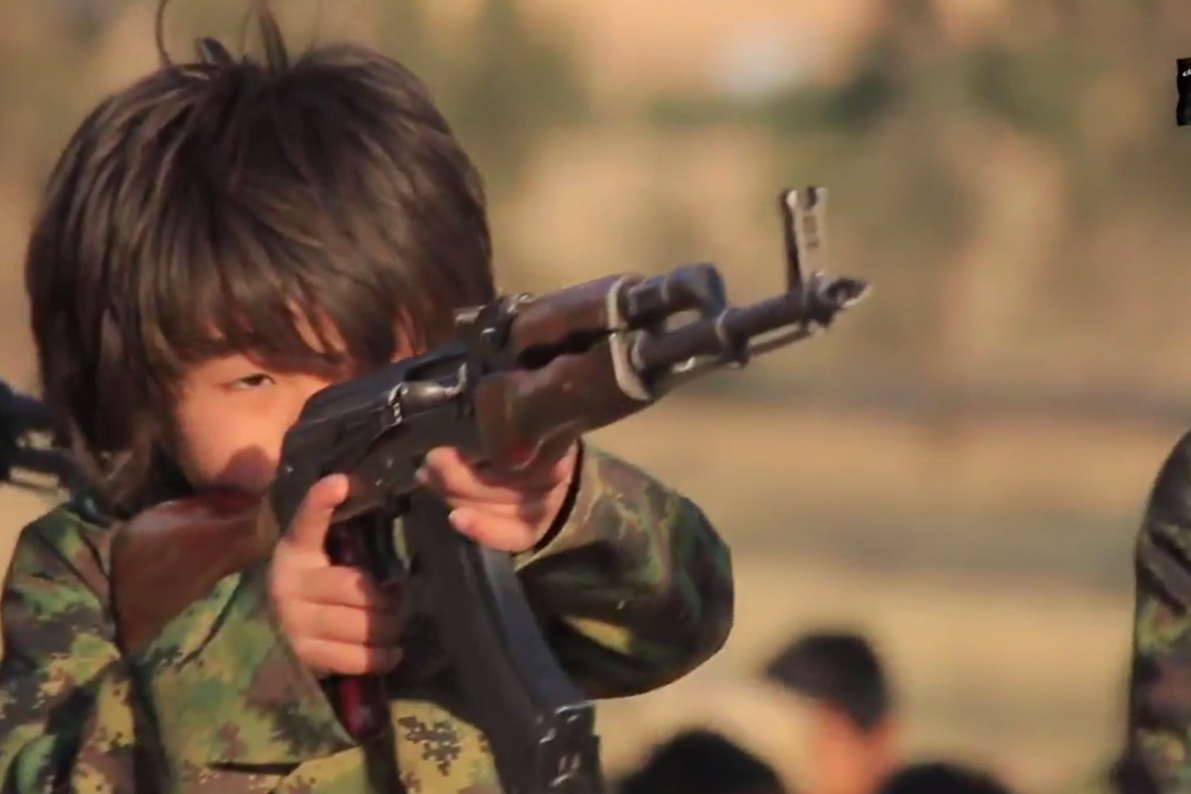 A new ISIS video shows young boys from Indonesia, Malaysia, and the Philippines learning to shoot guns, attending classes on Islam, and—at the end of the video—burning their passports.

The scenes allegedly take place at a training camp for boys in Syria, and are strategically depicted in a 15-minute propaganda clip titled “The Generation of the Epic Battles.” Released by the Islamic State’s province in Hasakeh, in northeastern Syria, the video was posted on an ISIS forum and circulated on social media, Vocativ discovered.

At the beginning of the video, an ISIS fighter identified as Abu Naser al-Indonisi describes the boys as the sons of the Islamic State’s so-called caliphate. “We teach them the right dogma and how to protect themselves, and how to shoot,” he says.

The video then depicts the children in physical training. They run, wrestle, and pray, and learn how to shoot Kalashnikov rifles and pistols. Several young boys are also seeing quoting verses from the Koran. They call on supporters to migrate to “the land of Islam” and chant: “the Islamic State remains, our path is jihad.”

The final scene features one Malaysian fighter, Abu Talha am-Malisi, who specifically threatens Indonesia and Malaysia. “We renounce your so-called citizenship,” he says. “We are coming to you with soldiers you will never be able to defeat. This is a promise from Allah.”

The video ends with a group of about 23 boys and 11 older ISIS militants throwing their passports into a fire.

The video is the latest piece of ISIS propaganda that uses children and depicts how the Islamic State is shaping them into child soldiers. In the past, videos published by the group have championed its young fighters, depicted them at training camps and even showed them carrying out beheadings.

A February report by the Combating Terrorism Center said ISIS has mobilized children and young people at an unprecedented—and growing—rate. Last week, the terror group released an Android app that references tanks, ammunition, rifles, and rockets to teach children the Arabic alphabet.