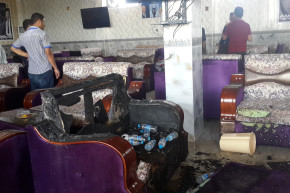 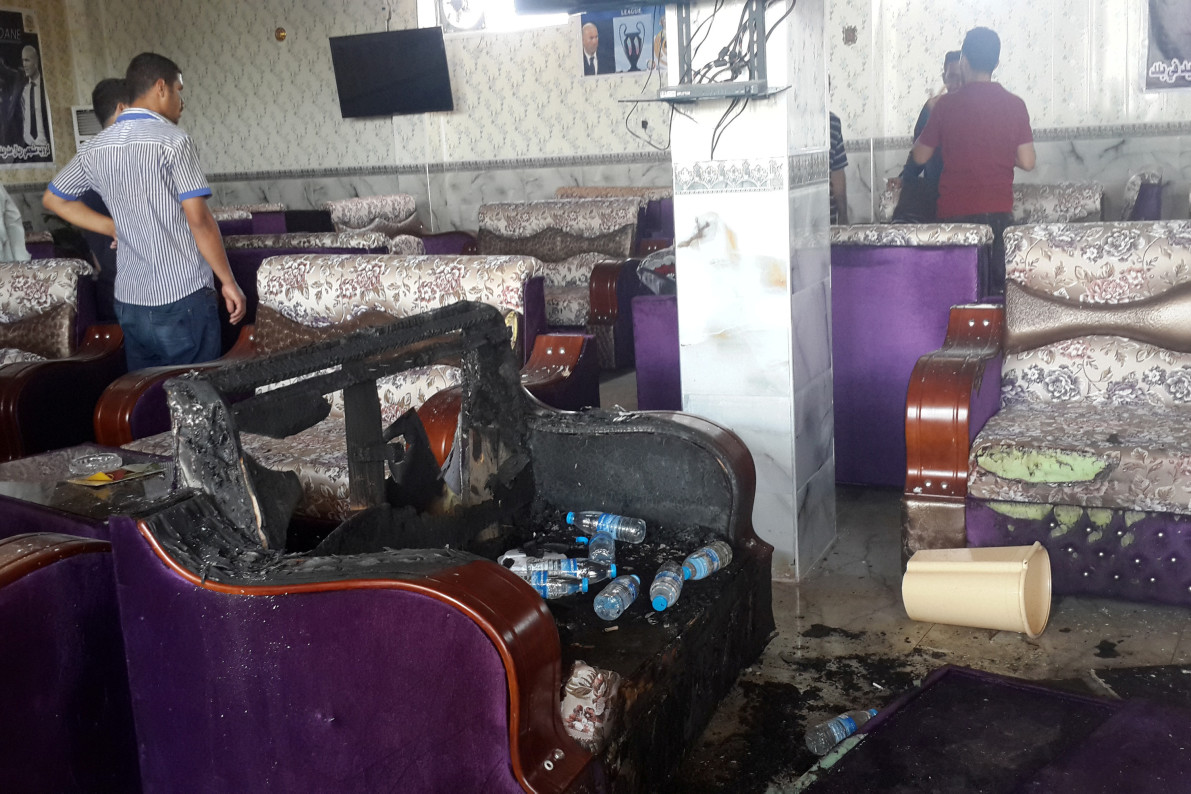 Real Madrid fans were ambushed by ISIS inside this Iraqi coffee shop — REUTERS
By Shane Dixon Kavanaugh
May 13, 2016 at 1:12 PM ET

Iraqi police told CNN three militants fired machine guns inside al-Furat Cafe in Balad, a predominantly Shiite Muslim town in the center of the country. Supporters of the Spanish soccer team meet there regularly. On Friday over 50 fans had packed into the coffee house to watch videos of previous matches when the attackers arrived just after midnight, Ziad Subhan, the soccer fan group’s president, told Spanish sports newspaper AS. At least 22 people were also injured.

ISIS killed 15 Iraqis in Blad( north of Bagdad). All of them were Real Madrid supporters .
@realmadrid pic.twitter.com/qWrAAIRgHL

Photos from the scene that surfaced on social media show the floor of the cafe soaked in blood and covered in fragments of shattered glass. The purple and white decor matched Real Madrid’s official team colors. Posters of club coach Zinedine Zidane and team players can be seen hanging on the walls.

“A group of Islamic terrorists, from ISIS, came into the café, armed with AK-47s, shooting at random at everyone who was inside,” said Subhan, the club president. “They don’t like football, they think it’s anti-Muslim. They just carry out attacks like this.”

In an official statement released by Real Madrid on Friday, the club said its players planned to wear black armbands during its next match as a sign of solidarity and to mourn those killed. “The club shows its total sadness and offers its affection and condolences to the relatives and friends of the victims,” the statement said. “Real Madrid extended its solidarity to all the people of Iraq, and against the excessive suffering of injustice and extreme violence.”

Hours after the massacre, a gunfight erupted between Balad security officers and three men wearing explosive vests, believed to be the coffee shop shooters, police told CNN. The jihadists then blew themselves up. Security officials said seven police officers died and other 12 people were injured following the shootout and bomb blasts.

Friday’s violence capped a week of bloody violence in Iraq, including a wave of bombings in the capital that killed over 100 people.