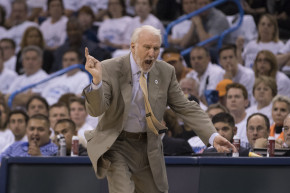 The Gregg Popovich Era, By The Numbers
By Joe Lemire

The Gregg Popovich Era, By The Numbers

Gregg Popovich's run isn't over, but the numbers he's already racked up are still awe inspiring 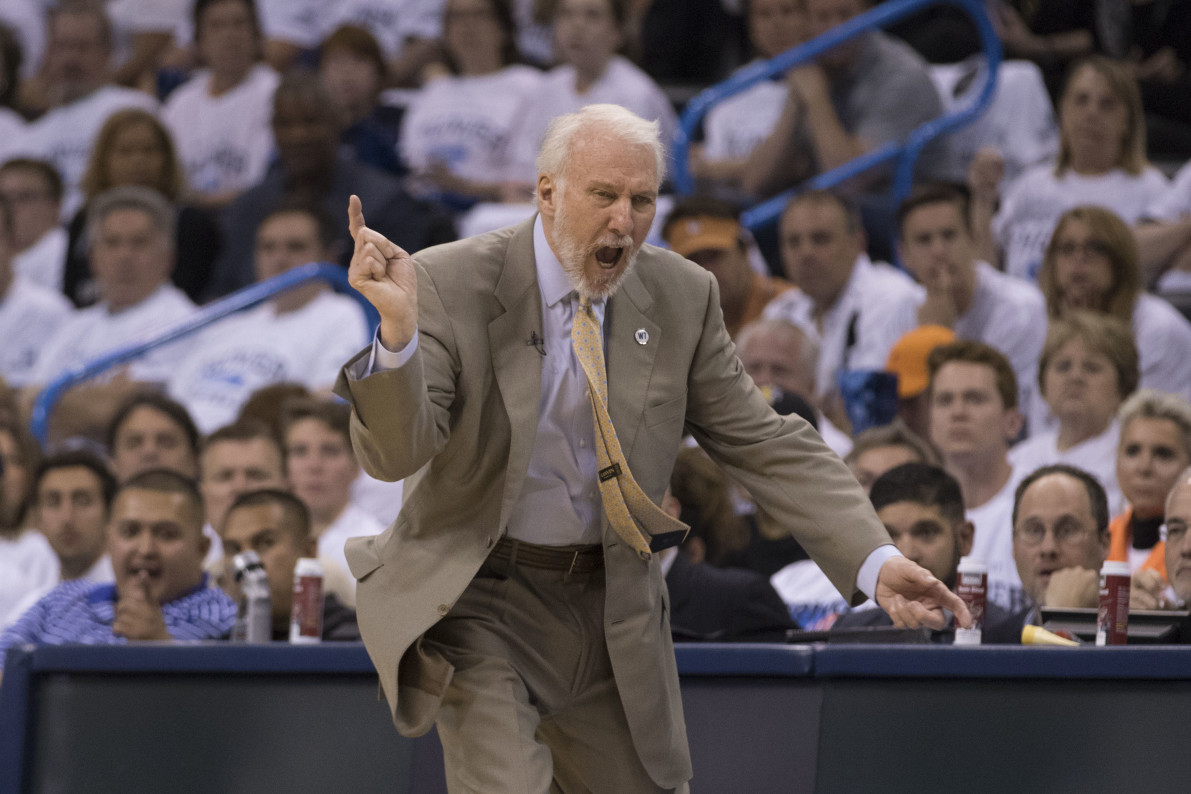 San Antonio Spurs coach Gregg Popovich is famously pithy and acerbic with the media; insightful when he wants to be, which is infrequent, and cantankerous when he doesn’t.

In his defense, many reporters’ questions—particularly the end-of-quarter sideline variety—can be banal, but Popovich also has been present in fans’ lives for so long that originality can be hard to come by. He has been the Spurs’ coach for nearly 20 years, by far the NBA’s longest tenure, during which time the franchise has had unparalleled success. Playoffs included, he has coached 1,830 games; that’s 33 more than any other franchise has played, all while every other bench has had multiple coaching changes.

Every team not named the Spurs has had at least two head coaches, the average is eight, and 40 percent of the league (i.e. 12 of the 30) has hired at least 10, according to AP research. Longevity is so rare that only four other coaches predate 2013 which, we should remind you, was only three years ago.

Popovich’s partial ’96-97 season was the only time San Antonio finished with a losing record; in the 19 full years since, they’ve made the playoffs every year, won five NBA titles (tied with the Lakers), lost in the postseason’s first round only four times, and have won 37 playoff series. That’s four more series wins than the Lakers and 12 more than the Heat; the other 27 NBA teams all have 16 or fewer, meaning they’ve all won fewer than half as many as the Spurs. The non-Spurs average is nine series wins. The Spurs have won 158 playoff games; the average for the rest of the league is 49.

Thursday night’s series loss to the Oklahoma City Thunder, however, could signal that San Antonio’s run of success under Popovich is diminishing. Stars Tim Duncan, 40, and Manu Ginobli, 38, were non-committal about retiring.

Ginobli is a very good player who made two All-Star teams and won a Sixth Man of the Year award, but Duncan is, of course, the true legend and obvious Hall of Famer. A 15-time All-Star, two-time MVP, and 15-time selection to the All-Defensive team, Duncan was the No. 1 overall pick in the 1997 NBA Draft. That means he first played during Popovich’s first full season—when Duncan was named Rookie of the Year—and thus has never played on a losing team.

The obvious analog of the relationship between Duncan and Popovich is the one between the New England Patriots’ Tom Brady and Bill Belichick in the NFL. Brady and Belichick arrived together in 2000, and like Popovich’s Spurs, the team had a losing record in only that very first season. The Patriots have failed to make the playoffs only twice since.

Popovich has benefited from Duncan, to be sure, but also has gotten the most out of him, a mutually beneficial symbiosis. Popovich has already pivoted away from Duncan as the focal point to Kawhi Leonard, so there’s little doubt the Spurs will remain successful, but this playoff loss—after a 67-win season—still feels like the end of an era.