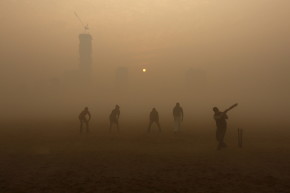 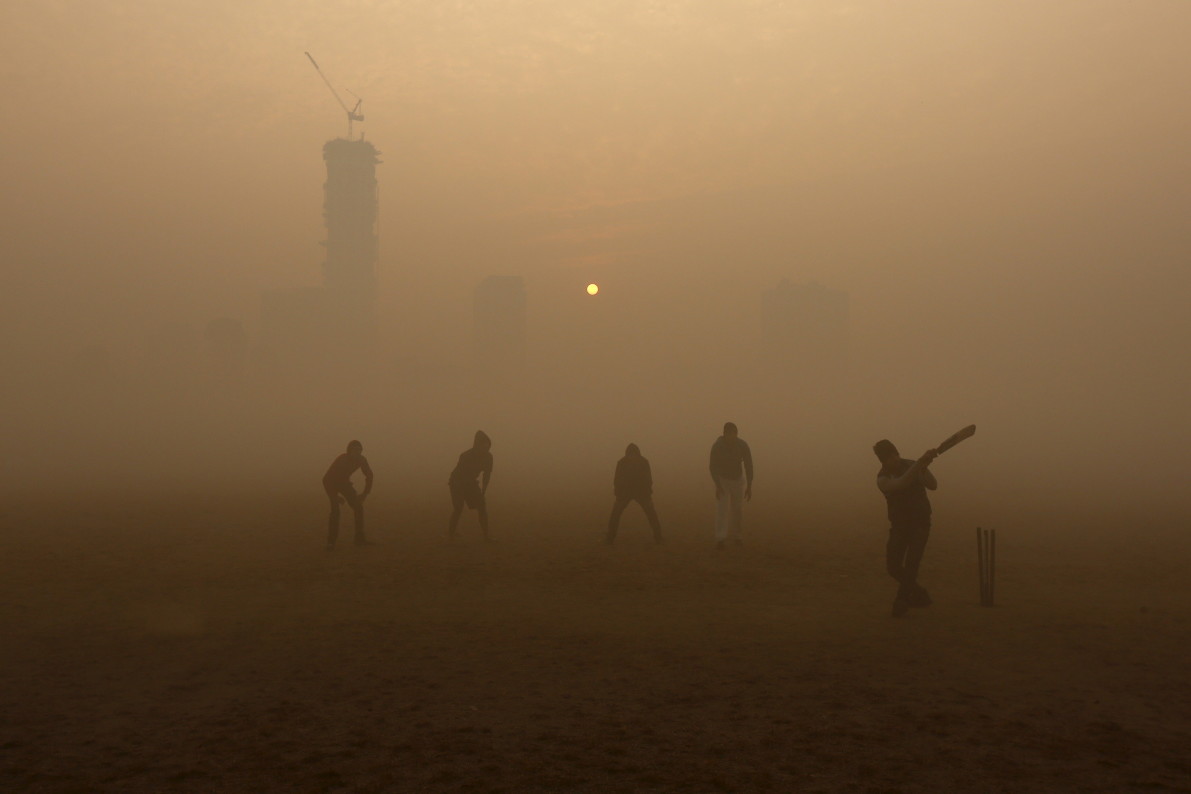 Developing countries trying to catch up to richer nations are finding themselves struggling to breathe. The vast majority of cities in low- and middle income (LMI) countries with over 100,000 inhabitants, especially those located located in the Eastern Mediterranean and South-East Asia regions, do not meet air quality guidelines set by the World Health Organization, according to new data released by the agency on Thursday.

From 2008 to 2013, 98 percent of cities in LMI countries failed to meet WHO’s guidelines, compared with only 56 percent of cities in high-income countries. Overall, more than 80 percent of people living in cities that monitor air pollution are exposed to air quality levels that exceed WHO limits. Those living in urban areas with low air quality face increased risk of stroke, heart disease, lung cancer, and chronic and acute respiratory diseases.

In the Eastern Mediterranean, mostly made up of countries in the Middle East and North Africa, and South-East Asia, which includes countries such as Bangladesh, India, Indonesia, and Thailand, the situation is particularly alarming: annual mean air pollution, caused by pollutants such as sulfate, nitrates and black carbon, often exceeded WHO limits by 5-10 times in these areas. Additionally, in both regions, plus WHO’s Western Pacific Region, air pollution increased by more than 5 percent in more than two-thirds of the cities. WHO says ambient (outdoor) air pollution is the greatest environmental risk to health. Composed of high concentrations of small and fine particulate matter (PM10 and PM2.5), it causes more than 3 million premature deaths every year. That’s more than both malaria and HIV/AIDS.

“Air pollution is a major cause of disease and death. It is good news that more cities are stepping up to monitor air quality, so when they take actions to improve it they have a benchmark,” Dr. Flavia Bustero, WHO’s assistant-director general for family, women, and children’s health, said in a statement. “When dirty air blankets our cities the most vulnerable urban population—the youngest, oldest and poorest—are the most impacted.”

According to the database, India recorded the highest levels of PM2.5, which are extremely fine particles that measure less than 2.5 microns and have the ability invade even very small airways. The country counts 10 of the world’s 20 most-polluted cities in this area, while Zabol in Iran claims the top spot. As far as PM10 particles, which are larger and a little less dangerous, India has three cities in the world’s top 20, while Nigeria, Pakistan, and Saudi Arabia all count two cities in the top 10. But Onitsha, Nigeria, located in the African country’s southeast, is the most polluted city on earth. For PM10s, WHO guidelines say 20 micrograms per cubic meter is safe; Onitsha, meanwhile, counted almost 600 micrograms per cubic meter.