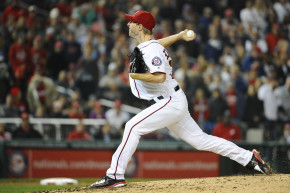 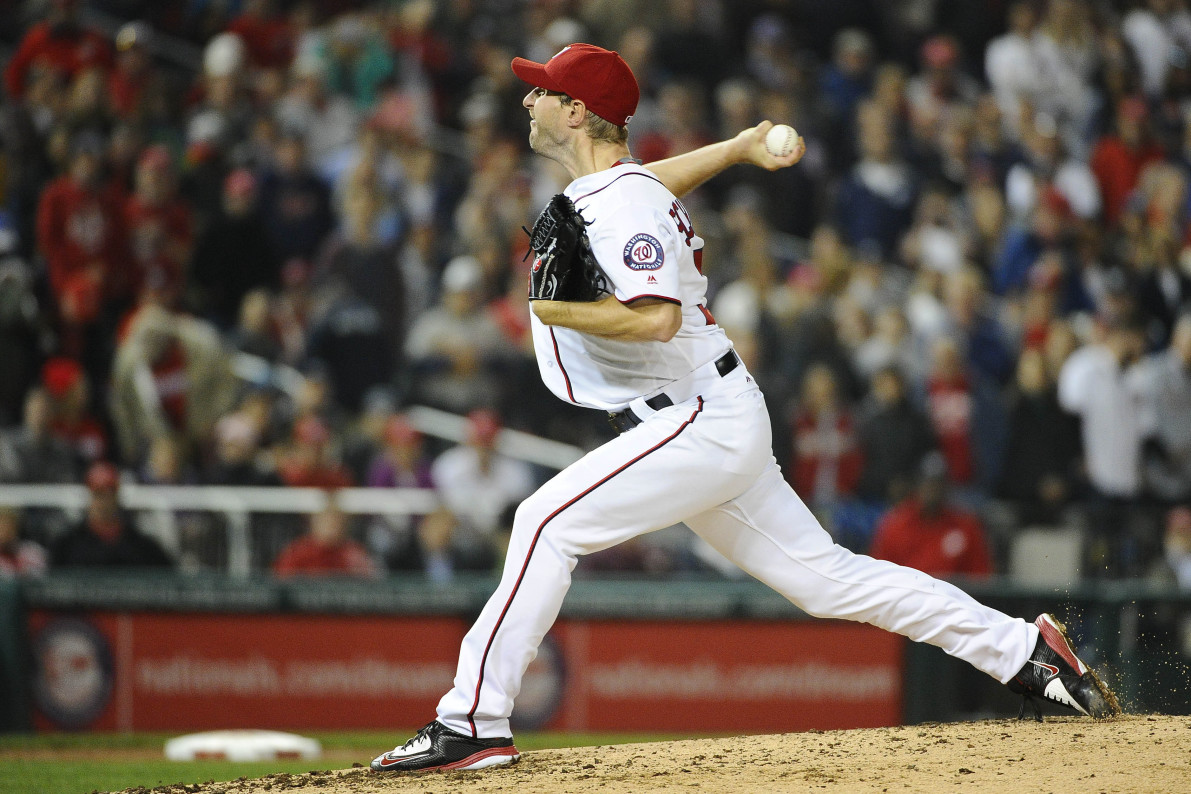 There’s an inherent arrogance to pitching. A man stands 60-feet, 6-inches away holding a nine-inch-round, red-stitched, yarn-wound, cork-filled animal hide and believes he can hurl it past an opponent wielding a nearly yard-long, two-and-a-half-inch wide piece of lumber. There’s a reason that pitchers aim for the outer corners of the plate, bury fastballs at the hollow beneath the knee, and manipulate the spin of the baseball to guide it safely into his catcher’s mitt. No pitcher worth his rosin bag likes what could happen when a batter catches one heading right down the middle.

This is why the 20-strikeout outing by Washington Nationals ace Max Scherzer on Wednesday night was so masterful. In tying a major league record shared by three other pitchers, Scherzer made history with little time wasted nipping at the corners.

Of Scherzer’s 119 pitches, 96 were strikes and a high proportion of them were clustered in the heart of the strike zone.

Scherzer got a strike or a swing on 80.7 percent of his pitches. Eclipsing that 80 percent threshold is something only three other pitchers—Roy Halladay, Curt Schilling, and David Wells (twice)—have done in the last 20 years. In those four other starts, twice the pitcher lost and never did he get more than eight strikeouts.

While that may seem counterintuitive—three strikes are a prerequisite of strikeouts, after all—throwing too many strikes typically helps hitters make contact more often. Striking a hitter out usually requires an in-and-out of the zone dance. Scherzer, on the other hand, pounded the zone (or at least its very near proximity) on the vast majority of his pitches, yet hitters still couldn’t intercept the baseball.

More context: The three pitchers who have missed the most bats this season—the Marlins’ Jose Fernandez, Mets’ Noah Syndergaard, and the Dodgers’ Clayton Kershaw—all induce a swing and a miss on about a third of all swings, led by Fernandez’s 36 percent. Scherzer’s season rate is 29.8 but, on Wednesday, the Detroit Tigers cast their bats at the ball 69 times yet whiffed 33 times, a rate of 47.8-percent.

The downside of so regularly targeting the hitting zone is that Scherzer allowed two solo home runs, rare blemishes on otherwise dominant night. One homer came on a slider and one on a fastball.

Scherzer’s slider is typically dominant and the Tigers missed it at roughly the same rate all hitters do, but on Wednesday his changeup and fastball both were missed at more than twice as often as usual, according to BrooksBaseball.net. (He also throws a cutter and curve but so infrequently that they were omitted from the graph.)

For a night Scherzer was king of the mound, and if you come at the king, you’re probably going to miss.