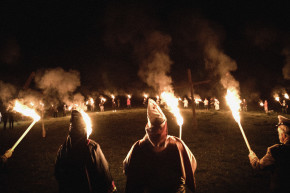 KKK Gets Closer To Extinction, But Violence Persists
By James King

KKK Gets Closer To Extinction, But Violence Persists 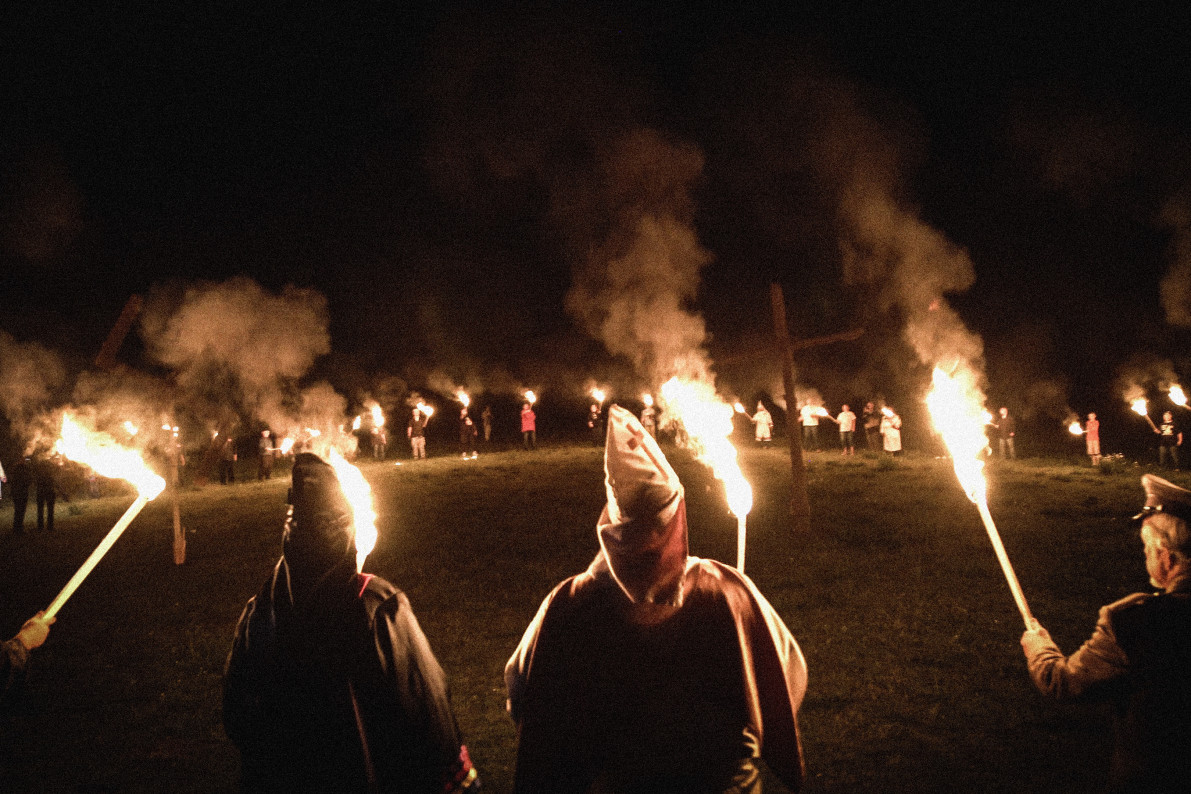 Last month, in rural Georgia, members of several Ku Klux Klan organizations from across the U.S. attended a gathering of white supremacist groups hoping to forge a new, unified path forward. While some of the groups that attended that meeting are thriving, the collection of Klan organizations across the country remains disorganized, disjointed, and on the decline, according to a new report from an activist group that monitors extremist organizations.

But that doesn’t mean some members are any less prone to violence, or that other white nationalist organizations aren’t there to fill the void in the white supremacy movement.

Unlike the Klans of old, the current collection of about 30 KKK organizations in the U.S. have no centralized leadership and suffers from infighting over a variety of issues, some as petty as what to wear, several Klansmen told Vocativ at the rally in Georgia. At the moment, there are about 3,000 members across the country, according to the report released Wednesday by the Anti-Defamation League.

Unlike other extremist groups in the digital age, who use technology and social media to their advantage, the Klan’s recruitment efforts are primitive—in many cases it relies on little more than handing out leaflets in shopping mall parking lots or leaving information packets on people’s doorsteps. But it isn’t just poor recruiting, according to the ADL.

“The long-term decline of Ku Klux Klan groups is due to several factors, including increasing societal rejection of what the Klan stands for,” the report states; “a growing perception by white supremacists that Klan groups are outdated; and competition with other white supremacist movements, from racist skinheads to white supremacist prison gangs, over the small pool of potential recruits.”

Mark Pitcavage is a senior research fellow with the ADL’s Center on Extremism and edited the report, written by researcher Carla Hill, titled “Tattered Robes: The State of the Ku Klux Klan in the United States.” Pitcavage told Vocativ that even with the decline of the Klan, the white supremacist movement as a whole still presents threats of violence by its members. In fact, he said, it’s one of three movements that the ADL deems the biggest threat in terms of violence and criminal activity. The others, he said, are the Patriot movement—like the group of anti-government activists who overtook an Oregon wildlife refuge in January—and domestic Islamic extremists.

Pitcavage stressed that the ADL focuses on movements rather than specific groups because, he said, “Most of the criminal activity and violence that comes from these movements does not really stem from organized groups…most of the violence tends to come from ‘lone wolves’ or small informal groups or cells of extremists, or it may come from extremists who belong to a group, but whose violence is not itself connected to the group.” The ADL’s report cites 16 different “lone wolf” crimes committed members of Klan organizations in 2015. They range from aggravated disorderly conduct to murder. He noted, however, that most of these crimes were independent of official Klan activities.

That, Pitcavage said, is “the nature of domestic extremism and terrorism in the U.S. today.”