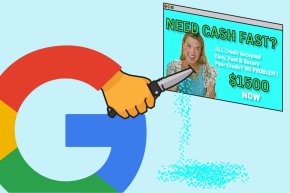 It's adding these financial scams to a list that includes misleading pharmaceuticals, weight-loss scams, and damaging software 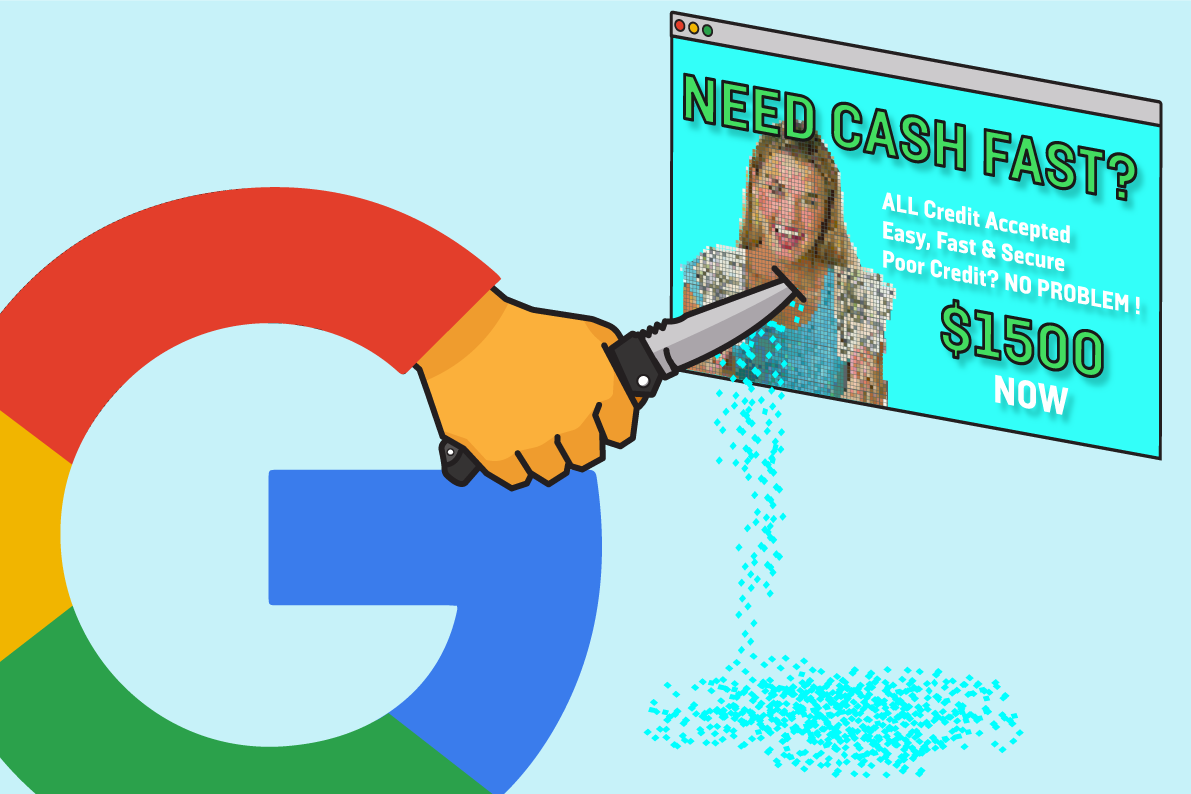 Your web browsing is about to get a lot less scammy, thanks to Google’s decision to ban ads for payday loans that prey on the down-and-out.

Google has made a strong effort to cut back on deceptive advertising over the last couple years. You might have noticed fewer ads for fishy-looking software or featuring before-and-after images comparing a c-list actor to what appears to be a wrinkled prune. That’s because in 2015, Google banned all ads for counterfeiters, misleading pharmaceuticals, weight-loss scams, phishing sites, and damaging software. According to Google, a staff of more than 1,000 people eliminated about 780 million ads in 2015.

Now, Google is expanding their policy to cover short-term cash advances. The company will begin implementing the update on July 13. “We will no longer allow ads for loans where repayment is due within 60 days of the date of issue. In the U.S., we are also banning ads for loans with an APR of 36% or higher,” said David Graff, Google’s product policy director. “When reviewing our policies, research has shown that these loans can result in unaffordable payment and high default rates for users so we will be updating our policies globally to reflect that.”

Google decision to include predatory financial companies to its list of banned ads came at the behest of civil rights and consumer protection groups. “This new policy addresses many of the longstanding concerns shared by the entire civil rights community about predatory payday lending,” Wade Henderson president and CEO of The Leadership Conference on Civil and Human Rights, said in a statement. “Low-income people and people of color have long been targeted by slick advertising and aggressive marketing campaigns to trap consumers into outrageously high interest loans.”

Some privacy groups are also praising the decision, like Center on Privacy & Technology at Georgetown Law, which collaborated with Google on the new policy. “The Internet should not be a place that profits from your weaknesses. If you’re broke and search the Internet for help, you should not be hit with ads for payday lenders charging 1,000 percent interest,” Alvaro Bedoya, executive director of that group, said in a statement. “Yet that’s what happens on most search engines. For payday lenders, targeting the vulnerable is not an accident—it’s a business strategy.”

Now, if only Google would stop online stores from taunting people with products they looked at once but can’t afford.