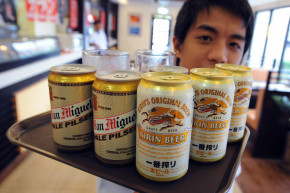 A baseball player in Japan won a year's worth of Kirin beer, so we devised an exercise plan to accommodate his consumption 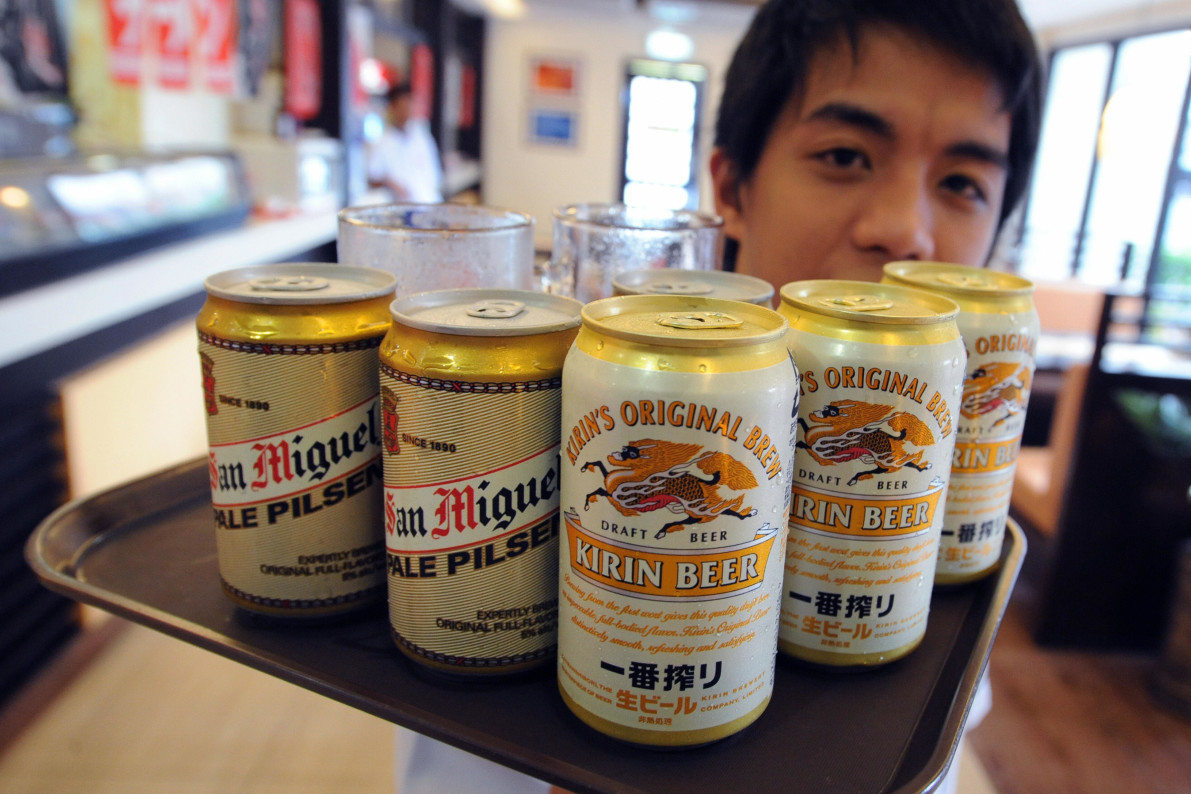 After Nuke LaLoosh keeps shaking off Crash Davis’ sign for a curve ball in the movie “Bull Durham,” the catcher decides to humble his cocky young pitcher by calling a fastball but also telling the hitter which pitch is coming. The hitter predictably slugs a home run off the mechanized bull in right field, which whirs to life by snorting, wagging its tail, and flashing red eyes. In white letters reads “HIT BULL WIN STEAK.”

The real-life Hokkaido Nippon Ham Fighters have an even grander promotion. Out in left field is a sign for Kirin Beer which, if targeted with a home run, earns the hitter $10,000 and—best of all—a year’s supply of beer. Sure enough, in the fourth inning last night, Brandon Laird crushed a 2-0 curve ball off Orix Buffaloes pitcher Brandon Dickson that careened off that sign. (The video doesn’t show it, but trust us.)

Laird hit as many as 25 homers in a minor league season while playing in the Yankees’ system but never caught on in the big leagues while making cameos with the Yankees and Astros. In Japan, however, he’s a low-average, high-power slugger. He hit 34 home runs in 143 games last year and now has 10 in 34 games this season.

Most disappointingly, however, he doesn’t have grand plans for his newfound stash of free suds:

“I think it’s pretty cool when they tell you if you hit the signs you get a prize like that,” Laird said. “To actually do it in a game was pretty cool.”

Laird said he’d put the money toward his new house in Arizona, but didn’t yet know what he’d do with the beer supply.

“Definitely not drink it,” he joked. “Maybe give some to the batting practice pitchers or whoever wants it.”

There are many people in this world who would love some free beer—including your friends at Vocativ, Brandon—so this is a shame (unless his joke is that he does plan to drink lots of it).

To help assuage his fears about perhaps getting out of shape, Vocativ did some nutritional math to show that Kirin may not be that bad for him after all. Each Kirin Ichiban is only 145 calories and 10.6 grams of carbohydrates while providing 0.9 grams of protein, which surely will aid muscle building to hit more home runs and win more years of free beer.

Assuming a modest two beers per day—which is health.gov’s definition of moderation for men—that’s 290 calories, 21.2 grams of carbs, and 1.8 grams of protein. Active males in their 20s have an estimated dietary need for about 3,000 calories per day, according to the national dietary guidelines, and have a recommended intake of 130 grams of carbohydrates, as well as 56 grams of protein. So two Kirin Ichiban beers is merely 9.7 percent of Laird’s caloric intake, 16.3 percent of his carb allotment, and 3.2 percent of his daily protein need.

Here’s a nutritional outlook for what a two-Kirin-per-day habit would mean:

To burn 290 calories, someone of Laird’s age and size would only need to run 16 minutes at a 7 mile-per-hour pace, equivalent to an 8:30 mile pace; the total run would cover 1.86 miles. For a professional athlete, that’s a mere jog. It might also be a good way to clear your head and explore Tokyo some more. It does, however, appear much more onerous when one considers a 365-day exercise plan: that’s 678.9 miles.

Given that the World Atlas computes Japan’s width and length as 127.27 miles by 350.77 miles, Laird would have to run the country’s width 5 1/3 times to burn off a year of Kirin Ichiban or just shy of twice the length. Kirin Light would require two fewer cross country runs, at only 3 1/3 trips transversing the country.

Laird also might inherit some karma should he reconsider and start drinking more Kirin. After all, the Kirin is a benevolent and gentle beast whose appearances portend good tidings:

“Kirin refers to a mythic beast from ancient Chinese mythology: one-half dragon, the other deer. According to legend, this amazing animal refuses to step on living plants and will not eat living things. Considered a harbinger of auspicious events, a Kirin is said to have appeared at the bedside of the mother of Confucius as she was about to give birth to her son. As a symbol of well-being and good fortune, the Kirin was an ideal choice for the label of Kirin Beer.”

While Kirin does maintain breweries in Japan, its beer sold in America is—despite its former label descriptor as “imported”—made in the U.S., either in Los Angeles or Williamsburg, Va. Also, its parent company these days is Anheuser-Busch. This means that, depending on the continent you’re drinking Kirin, you shouldn’t be surprised if you see “Japan” or “America” replace the brand name on the packaging. And, one hopes, we’ll see Laird’s hand wrapped around it.