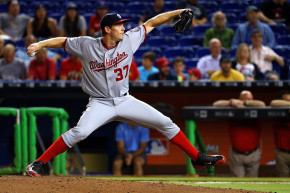 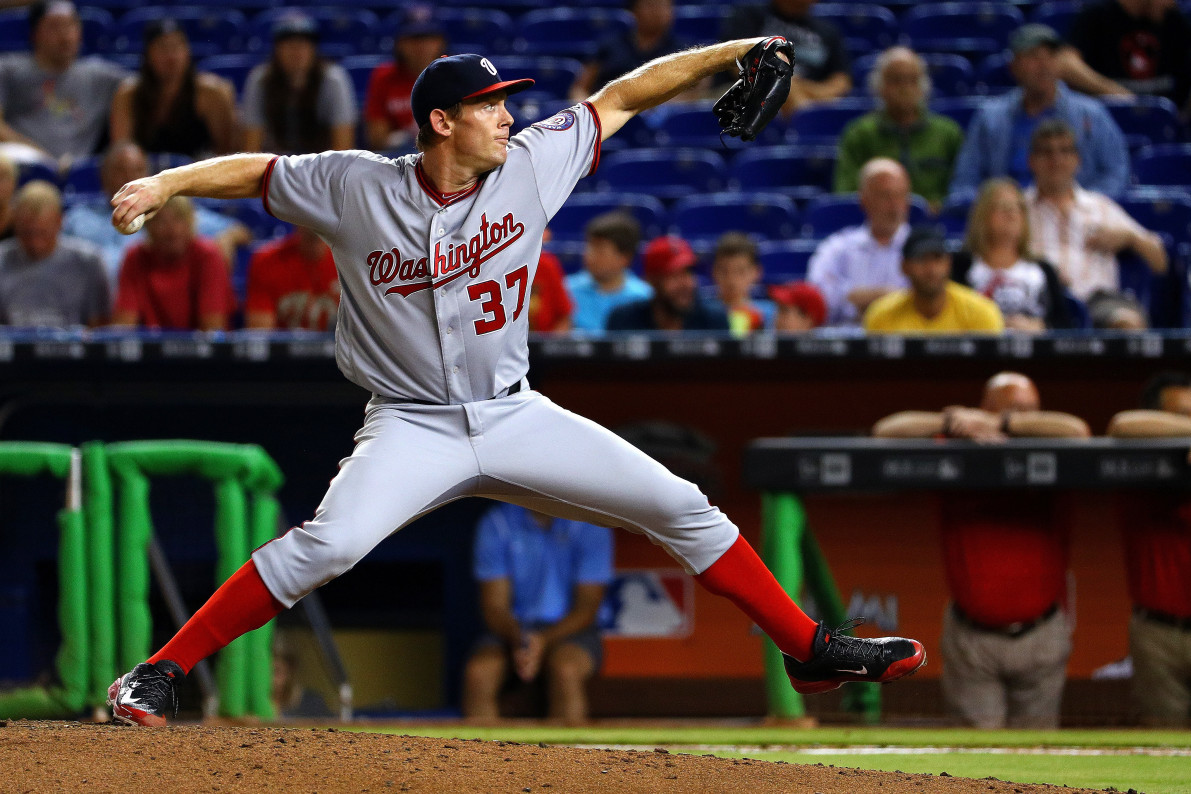 Only 27 and with 139 career starts under his belt, Strasburg is now pitching his best baseball since his 2010 surgery. He’s 5-0 in seven starts and, more importantly, has a 2.76 ERA, 152 ERA+, and 2.23 FIP. Adjusted ERA+ compares performance to league average and home ballpark with 100 as the baseline and Strasburg’s current 127 ERA+ equivalent to being 27 percent better than league average. (ERA+ is better than ERA for comparing pitchers in different eras and home stadium, as we are about to do.) FIP, or Fielding-Independent Pitching, emphasizes the stats over which a pitcher has the most control: strikeouts, walks, and home runs allowed.

The track of pitchers signing seven-year contracts isn’t very good. Mike Hampton and Barry Zito were abject disasters for most of their deals while CC Sabathia and Kevin Brown merely under-performed the expectations of their salaries. Hampton and Sabathia were both 28 in the first seasons of their contracts, like Strasburg will be, while Zito was 29 and Brown 34.

The number of pitchers who have completed such contracts is too small for any meaningful comparison, so Vocativ broadened its projection model to include pitchers with similar track records as Strasburg and then compared them to their production from ages 28 to 34, which is the seven-year length of this new deal. (Strasburg can—and probably will—exercise an opt-out clause after the third or fourth year, but we’ll ignore that for this academic pursuit.)

The basic criteria used were pitchers who made at least 130 starts through their age-27 season in the expansion era (since 1961) with an ERA+ of at least 120. Vocativ’s initial sample produced 40 comparable pitchers, although the Dodgers’ Clayton Kershaw was eliminated because he has only just started his age-28 season. The seven other pitchers still between ages 28 and 34—such as the Red Sox’ David Price and the Phillies’ Cole Hamels—had their numbers prorated.

Those 39 starters in the data set saw drop-offs across the board in their 28-and-after careers compared to their pre-28 baseball lives. This was the average carnage in the aforementioned stats, as well as K/9 (strikeouts per nine innings); GS/year (games started per year); and OPS+ allowed (opponents’ adjusted on-base plus slugging on the same 100-is-baseline scale as ERA+):

In terms of on-the-mound production, those numbers would make the Nationals thrilled if Strasburg were able to achieve them, with one exception: the paltry number of starts per year that’s barely half of the expected 32 or 33 pitchers make in a season. The Nationals have a cutting-edge medical staff but historically have been fearful of pitchers lasting more than eight years after a Tommy John operation.

How Strasburg’s health holds up will, of course, determine whether this contract makes sense for the Nationals. If he does and keeps pitching well, he’ll probably leave after three or four more seasons in an effort to cash in on another free-agent payday while in his early 30s. Given the increasing risk with each passing season, the Nationals surely would take that trade-off.