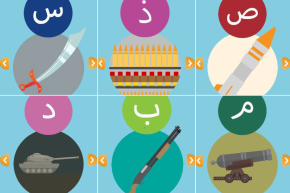 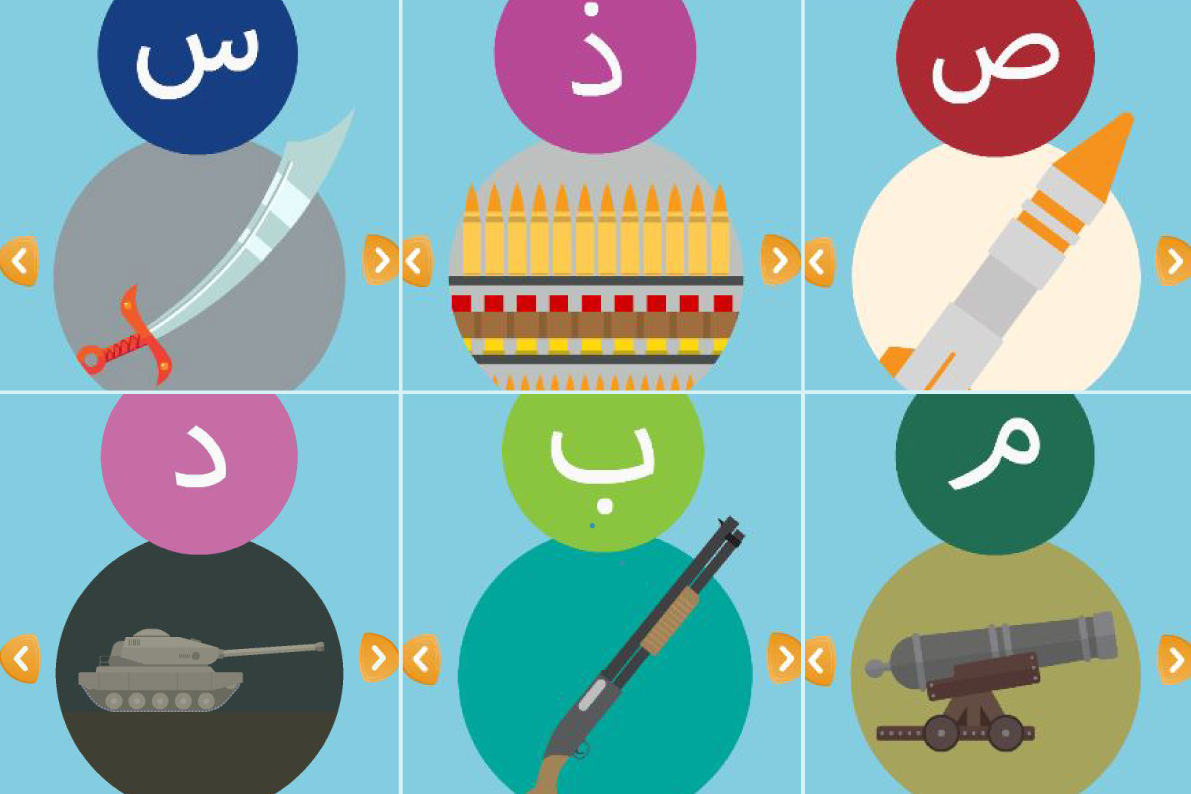 ISIS just introduced an Android app aimed at the so-called children of the Caliphate that teaches the Arabic alphabet—using some very sinister points of reference.

Each of a series of flashcards on the app, called Alphabet, shows an Arabic letter accompanied by an image. Several feature military equipment, including tanks, ammunition, rifles and rockets, Vocativ found. Like a militarized “Sesame Street,” the Arabic letter D, for example, is featured with an image of a tank, or “dababa” in Arabic. “S” is for “sarukh”—a rocket. Others feature ordinary kids-book fare, like trees and bread.

The app came online Tuesday—and while it can’t be downloaded through the Google store, it can be installed with AKP files circulating online among the terror group’s supporters on Telegram and Twitter.

Charlie Winter, a terrorism analyst specializing in the Islamic State, told Vocativ he has a “distinctly cynical position” on the new app. “I view it more as a relatively flashy tech stunt than a particularly clever new outreach mechanism. It’s interesting, and somewhat impressive, but I don’t think anyone’s going to be radicalized or recruited by it.”

However, Nicholas Glavin, a senior research associate at the U.S. Naval War College, says that the app’s reach is its most important feature, as this type of tech could be used to reach kids in areas outside the group’s control. “What’s important to note with Alphabet is that now, this education is not exclusive to children under ISIS-controlled territory; it’s accessible to the parents in London, Rome, and elsewhere who are planning to take their families to Iraq and Syria or who are unable to transit out of country,” he told Vocativ in an email. “While on-the-ground indoctrination of ISIS ‘cubs’ is far more effective, this is yet another aspect of jihadists’ distance education: do-it-yourself handbooks, operational security guides, etc.”

Glavin added, however, that due to the apps limited distribution on Telegram, he doesn’t see it being used widely in households of ISIS sympathizers.

When it comes to children, however, ISIS has a long history of exploiting the younger members of its organization in its everyday operations and propaganda. The group preys on the impressionable young minds of children within its borders, ingraining within them an extremist and violent ideology. ISIS uses children in execution videos, beheading captives with small blades, shooting kneeling hostages in the back of the head, and glorifying dead “Cubs of the Caliphate.”