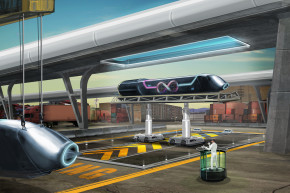 Elon Musk’s Hyperloop May Be One Step Closer To Reality 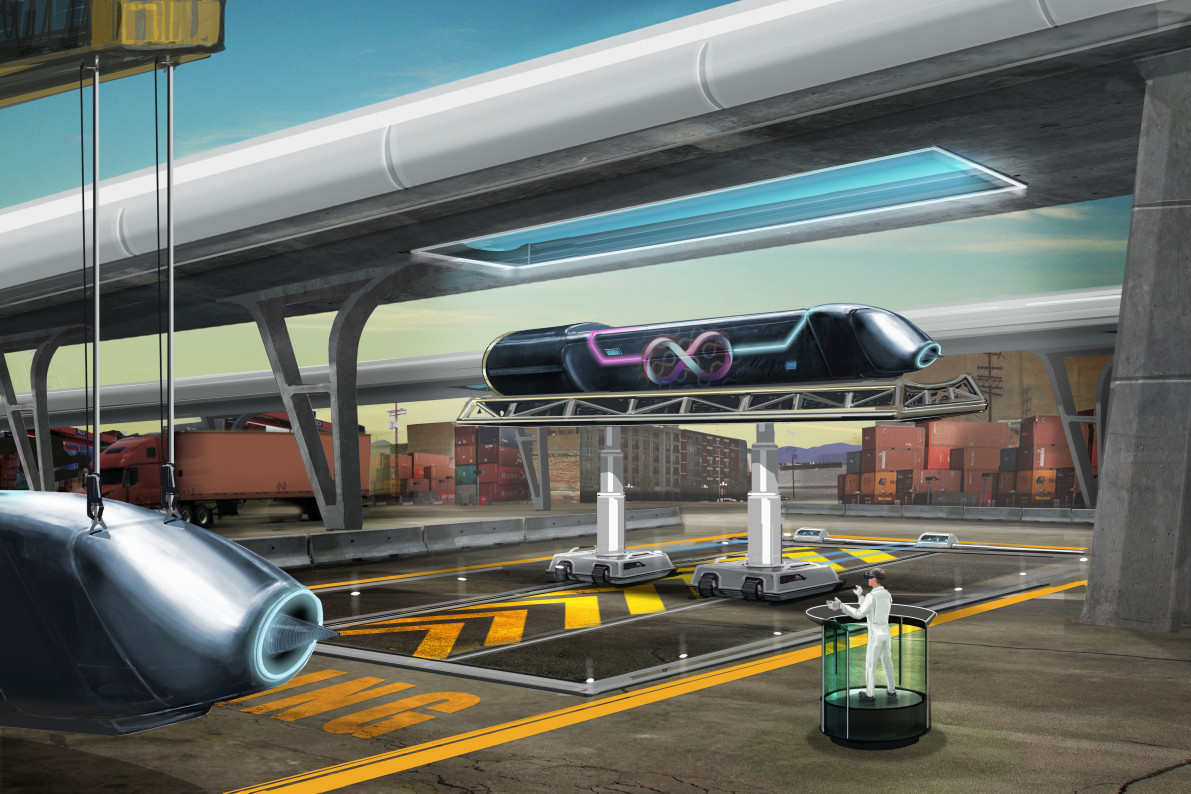 Since billionaire engineer Elon Musk unveiled his plan for a conceptual super-fast transportation system known as the Hyperloop two and a half years ago, two startups have risen to the challenge. Now, one of those companies might be coming closer to turning Musk’s vision into a reality.

Musk, the entrepreneur behind SpaceX, Tesla Motors, and PayPal, released his Hyperloop plan virtually out of nowhere in August of 2013. It was challenge to other developers, in the form of a 57-page guide for constructing a tube that could shoot pods filled with passengers from Los Angeles to San Francisco in just 30 minutes.

Hyperloop Technology (HT) gave MIT Review writer Ryan Bradley a tour of their downtown Los Angeles facilities, consisting of several industrial buildings spanning an area about the size of three football fields. Here, about 140 engineers and researchers, fueled by $100 million in venture capital, are filling in the gaps of Musk’s plan. In this former ice factory, they’re determining if his idea is crazy-but-plausible—or just crazy.

HT’s competitor, the similarly named Hyperloop Transportation Technology (HTT), has also made great technological strides in the last year. Yesterday the non-profit company announced it had licensed a passive magnetic levitation system, which could play a crucial part in the realization of Hyperloop. However, this technology would mean HTT’s development would differer from the original. Musk’s plan included a low-pressure tube and skis on the pods that blast out air, making the pod levitate. HTT wants to rely on magnets placed below the pods that would allow the pod to levitate above non-powered electromagnetic coils on a track.

HT is also veering from Musk’s outline, ditching the solar cells he imagined on top of the airtight tubes every 40 to 50 miles. HT developers don’t think solar power is a viable source of energy since it is dependent on weather. Since HT plans on collaborating with organizations across the world, they want their Hyperloop to run on all power sources.

Rob Lloyd, HT’s CEO told MIT Review that the first track test happened in mid-April on a 2,000-foot stretch of open-air track in the dessert, north of Las Vegas. He says they’re on course to publicly test a sled at more than 400 miles sometime this week. He expects them to break 700 mph by the end of the year.

Earlier this week, HT started teasing the public test with a video showing the track, stating THE FUTURE IS HAPPENING.

Don't miss our update TONIGHT @ 5pm LIVE on our feed to see what our amazing team is up to! https://t.co/l7h8hKofwU #hyperloop #Vegas

“We’re working in a time frame that shocks people, because we have to,” Lloyd told the MIT Review, referencing critics in politics who won’t back Hyperloop-benefiting policy until they have a reason to. In some ways, HT’s Hyperloop is even more ambitious than Musk’s Hyperloop. While Musk focused on how this engineering feet would transform commuting between major cities, Lowe and HT cofounder Shervin Pishevar spoke of revolutionizing both transportation and freight by building a network across a nation.

Of course, the Hyperloop still has many naysayers who say it would be too expensive to actually build tracks across the country, and even then, that the system would have to compete with airlines, which don’t require installation.

But several skeptics that Bradley interviewed changed their tune once they found out about HT’s plans to incorporate freight business, as freight rail is already a very lucrative business that could use an upgrade.

Regardless of the feasibility of a full infrastructure, this week’s public test should help us determine whether the actual engineering of Hyperloop is possible or just hype.