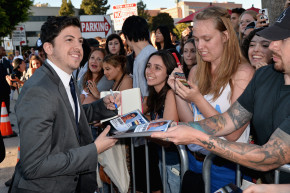 McLovin And A Knicks Beat Writer Beefed On Twitter, Seriously
By Robert Silverman

McLovin And A Knicks Beat Writer Beefed On Twitter, Seriously

What happens when a sorta famous actor and ornery Knicks writer mix it up? Let's just say "Pitch Perfect" comes up 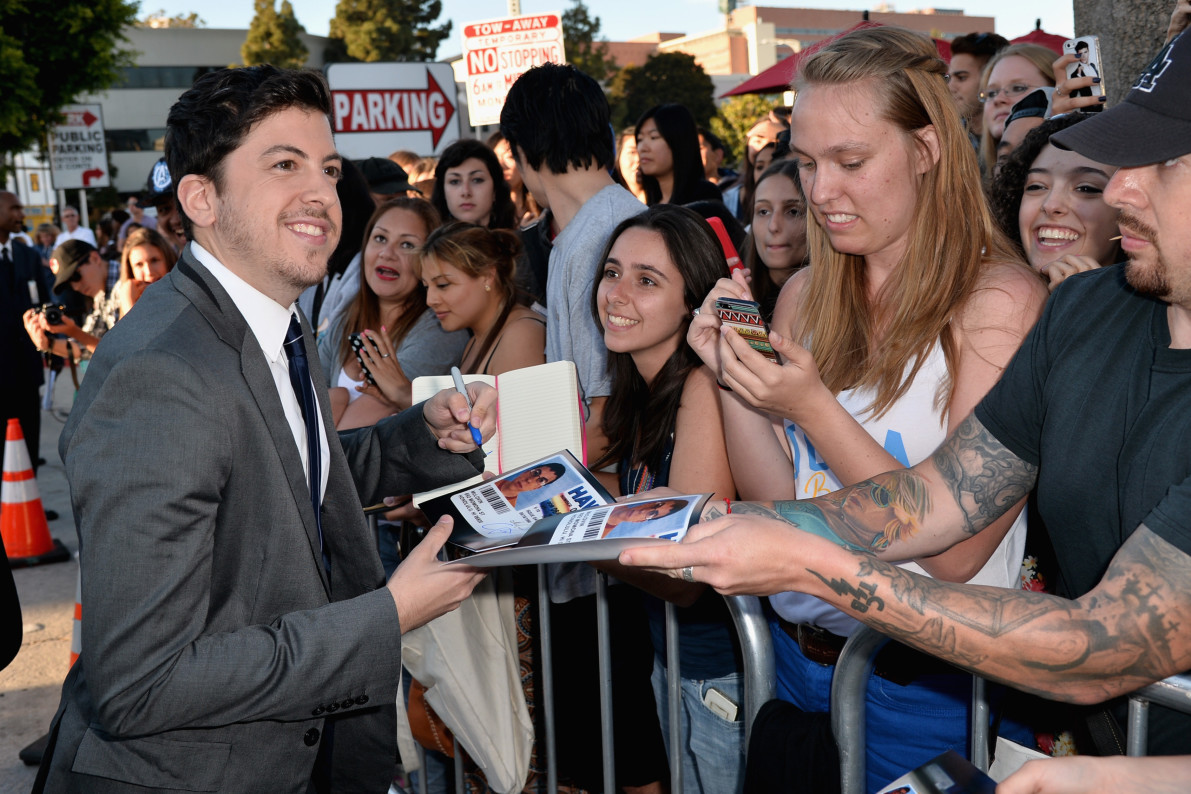 Last night, Frank Isola, the longtime Knicks beat writer for the New York Daily News and ace troll, paused between vintage Get Offa My Lawn grumping about Dwyane Wade and the Canadian National Anthem to do some light name-searching on Twitter. Lo and behold, he stumbled across a brief exchange way back on April 12 between Judd Apatow repertory actor Christopher Mintz-Plasse and Twitter user @knicksdude, neither of whom were too keen about a Mike Lupica column ripping Phil Jackson’s stubborn adherence to the triangle offense.

Screaming about (but not directly at) Isola with an anonymous dude is apparently a fun way to kill time for Mintz-Plasse, but in Isola’s mind, this aggression would not stand and so he clapped back hard.

Think this is dude who played McLovin. He's auditioning for role of Berman of the Post in "Triangle 2" RT@MintzPlasse: DAMNIT ISOLA GO AWAY.

For the uninitiated, Isola is referring to Marc Berman, who covers the team for the New York Post. Isola has been mocking Berman’s penchant for dutifully transcribing anything and everything that Madison Square Garden whispers in his ear for years now, often with the acronym “BOTP” or “Berman of the Post.” Anyway, where were we? Oh yes, an utterly ridiculous online spat. Let’s get back to the action!

McLovin is actually a Celtics fan, and as such, reverted to his true inner Masshole, firing back at Isola with as much all-caps rage as he could muster.

@FisolaNYDN I I DONT FIND THIS CLEVER, GET NEW JOB OUTSIDE OF KNICKS AND NEVER BOSTON #inphilwetrust

Isola, like the vast bulk of basketbloggers, clearly and rightly adores the movie “Pitch Perfect,” and, let’s be honest here, his criticism of McLovin’s acting is pretty on point, given that his performance is about as phoned in as George Clooney’s in “Batman & Robin.”

U nearly ruined "Pitch Perfect" not me RT@MintzPlasse: @FisolaNYDN I I DONT FIND THIS CLEVER, GET NEW JOB OUTSIDE OF KNICKS & NEVER BOSTON

Unfortunately, Isola doesn’t seem to be aware that you can embed a tweet in your response, so his retorts to McLovin grew increasingly brief.

Except final scene RT@MintzPlasse: @FisolaNYDN PITCH PERFECT IS A GEM & LOVED BY MILLIONS WHICH NOBODY CAN SAY ABOUT YOUR REPORTS FOR KNICKS

In the midst of all this, fellow Knicks scribe Steve Popper chimed in with a solid zinger.

Not bad Steve, especially for you. RT@StevePopper: McLovin vs. McHatin

They kept going at it, with McLovin largely chirping at Isola and failing to provoke a response. Eventually, he got bored.

This is the weirdest, most random thing I've done on Twitter https://t.co/U8ttpqc3QK

Thus ends one of the stranger quasi-celebrity beefs Twitter has ever seen. Of course, raging at non-famous people via social media is very much a thing for Isola. There’s even a now-dormant account that was set up to post screenshots of the numerous times he’s sent quippy, ad hominem-laced direct messages, and one of his more clever tricks is to send a DM to someone that he isn’t following, thus depriving the target of his ire the ability to one-up him.

Granted, there are scores of Knicks fans that are so deeply traumatized after years of execrable play and sexual harassment-enabling ownership that they’ll alternately go ballistic at anyone that dares tweak those wounds or collapse into a heap of self-pitying indulgence. (For the sake of transparency, I definitely fall into the latter category.)

After years of being shunned by the utterly paranoid Knicks public relations squad, Isola has reached the point where he grows visibly aroused at the thought of raking the team over the coals, such that every time he tweets something trollish or snide, or even just or posts an article, an online horde is more than ready to respond in full. Knicks Twitter can be a less-than-fun space to occupy is what I’m saying, and barking at Isola is certainly a mark that you’re well versed in the traditions and practices.

It’s impossible to say why Mintz-Plasse has chosen to identify with this particular tribe, but if anything, it’s better than the performative virtue of his current pinned tweet.

Update: Frank Isola has provided a statement on his beef with McLovin.

“He claims to be a Celtics fan, yet he’s defending Phil Jackson. I’m sure Red Auerbach is turning over in his grave,” Isola writes in a text message. “Of course, we can’t assume that McLovin even knows who Red is. He was great in ‘Superbad’ and terrible in ‘Pitch Perfect,’ which is a great movie. A .500 record isn’t bad. The Knicks would take that in a heartbeat.”