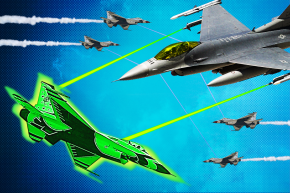 Fighter Jets And Drones Will Soon Be Armed With Lasers

The future is cooler than (science) fiction 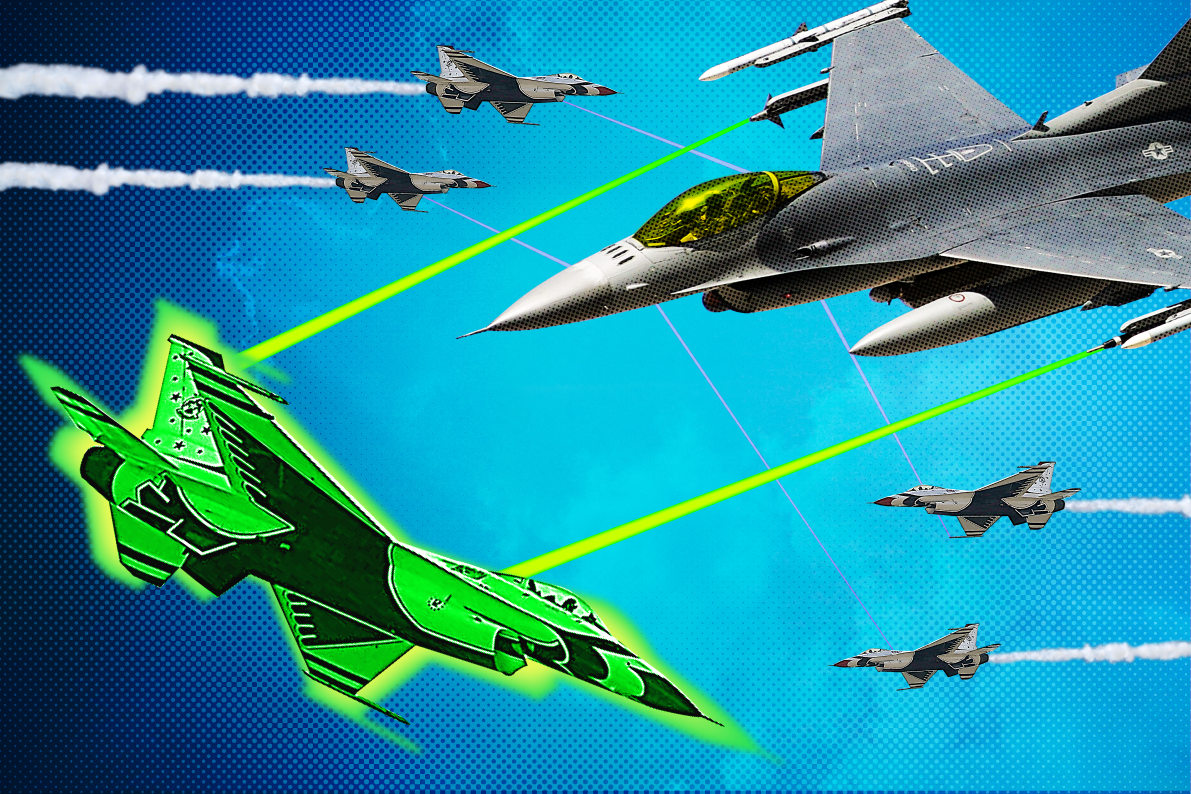 You might have seen it in sci-fi movies, but now it’s happening in real life: Laser weapons are slated to arm fighter jets and drones within the next decade. The Air Force Research Laboratory plans to start tests in 2021, and would establish a program two years later, officials told Scout, a men’s interest website that often covers military technology, last week.

This isn’t the first time laser weapons have made their way to modern battlefields. The Army has its own plans to implement laser guns by 2023; the Navy has had a laser gun since 2014 that can blast drones out of the sky. But putting these weapons on planes might give them more versatility to attack incoming missiles or enemy strongholds than competing projects from the Army and Navy.

There’s no word yet on the specific design of the Air Force laser weapons, but they would likely be similar to other laser weapons that already exist. A power source feeds light into a mirrored cylinder. It’s then pushed through a crystal infused with a rare earth element, which concentrates the light further into one strong beam.

Laser weapons would be a big advantage over the Air Force’s existing anti-missile technology. They could incinerate targets without blowing them up, and could do so inexpensively and quickly, at about the speed of light.

But that’s proven pretty difficult to accomplish, despite substantial military investment over the past three decades. It’s been difficult for engineers to make the beams powerful enough to melt incoming missiles or spacecraft, or to make beams that won’t be scattered by dust or fog. The other issue is weight—past prototypes have been so heavy that they could only be carried by slow, unwieldy commercial aircraft, which isn’t so useful if the Air Force wants to attach them to agile, lightweight fighter jets.

Progress marches on, however; thanks to decades of research, laser weapons have become powerful enough to be deployed. Soon, presumably, they’ll be light enough, too.

What’s less clear is how the Air Force will address the human rights concerns, since the lasers could also obliterate human vision. And they’re likely to only get worse—there are indications that laser weapons will be used on drones and will operate mostly or completely autonomously, though the Pentagon requires a human to make the big decisions in operating these weapons, as Scout points out.

The Air Force plans to first fire laser weapons from larger aircraft such as C-17s; once the technology becomes smaller and lighter, they can be affixed to light fighter jets like F-15, F-16 or F-35.