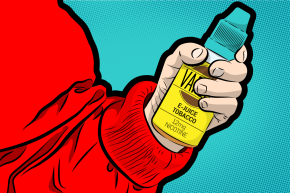 E-Cigarettes Are Poisoning Kids In Record Numbers
By Allee Manning

Not only is liquid nicotine increasingly accessible, it's also markedly dangerous 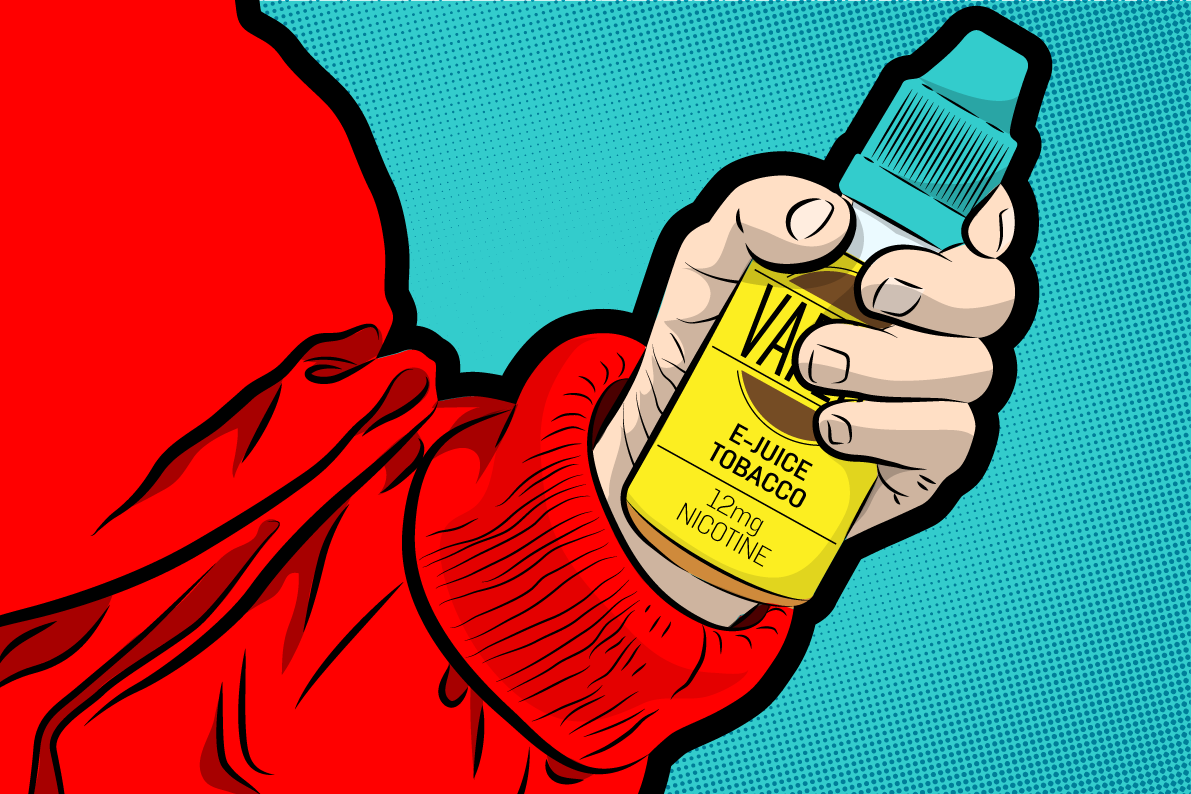 The number of children under the age of six being directly exposed to the nicotine liquid used in e-cigarettes has risen almost 1,500 percent, according to a new study published in the journal Pediatrics. As the tobacco product-alternative becomes increasingly popular, children are ingesting, touching, and inhaling the solution in growing numbers.

“[E-cigarette liquid is] very different than other tobacco [products] like cigars, cigarettes, and snuff,” Rick Spiller, director of the Central Ohio Poison Center at Nationwide Children’s Hospital and a co-author of the study, told Vocativ. “These are really concentrated. Two teaspoons are equivalent to four, five, sometimes eight packs of cigarettes. A child isn’t going to eat two packs of cigarettes, but can easily swallow a mouthful of this, and that’s all they need.”

Of the 29,000 children under the age of six included within the study, which used data collected by the National Poison Data System from January 2012 to April 2015, children aged two or younger accounted for almost half of all e-cigarette poisonings. Given the high concentration of liquid nicotine stored in the vials used to refill e-cigarettes, the report details how accidental exposure to these products are 2.6 times more likely to result in severe medical outcomes. In 2014, a one-year-old child in New York died after ingesting e-cig liquid.

Ingestion accounted for over 81 percent of all exposures that warranted calls to poison control centers in that time. The effects of nicotine exposure in children can range from symptoms like mild skin irritation, vomiting, and drowsiness, to major health outcomes like seizures, rapid heart rate, and worse.

E-cigarettes, which first entered U.S. markets in 2007, have become increasingly popular in recent years while traditional, combustible cigarette usage is falling. In 2013, the prevalence of children’s exposure to e-cigarettes and e-liquid surpassed all other forms of tobacco products (like chewing tobacco, cigars, and snuff) besides cigarettes for the first time, and the trend has continued. (For reasons that baffle the adult mind, thousands of children are still eating cigarettes each year.)

While cigarettes remain the most common type of nicotine product children are exposed to, it would seem that the rise of the e-cigarette is driving the overall increase. Between 2012 and 2014, the overall annual rate of nicotine and tobacco product exposure in children under the age of six increased by 40 percent.

While federal legislation requiring child-resistant packaging for e-liquid containers was passed in January, there are currently no stipulations regarding the flavoring, packaging design/warnings, or nicotine concentration of the e-liquid. The study, which also analyzed the packaging of e-liquid products and the usage of scented “flavors” like cotton candy and bubblegum, calls for these next steps in efforts to curb the rising problem, something the Federal Drug Administration is currently exploring. Spiller also believes that increased education on the dangers of liquid nicotine is necessary, especially for parents.

According to data from the American Association of Poison Control Centers, children under the age of five more commonly accessed e-cigarettes and e-cigarette liquid than they did alcoholic beverages in 2014, perhaps indicative of the lack of awareness parents have in understanding the dangerous nature of e-cigarette liquids when ingested or touched by children (as nicotine can also be absorbed through the skin).

“I think parents try to lock [products like alcohol] up, or make sure their kids don’t get it,” Spiller said. “But in this case, [e-cigarettes are] relatively new. If you had a dangerous thing in your house like drain cleaner, you don’t leave that around. You put it in a cabinet, you lock it up. We want parents to treat [e-cigarettes and e-liquid] like that. They don’t necessarily view it as dangerous, but in this concentrated form, there’s a great risk. If you had heart medication, you wouldn’t leave it out on the counter. Especially not heart medication that smells like cotton candy.”